Film Mode Entertainment is releasing their upcoming horror film The Harrowing on December 25. It certainly has one of the more ghoulish posters we’ve ever seen: 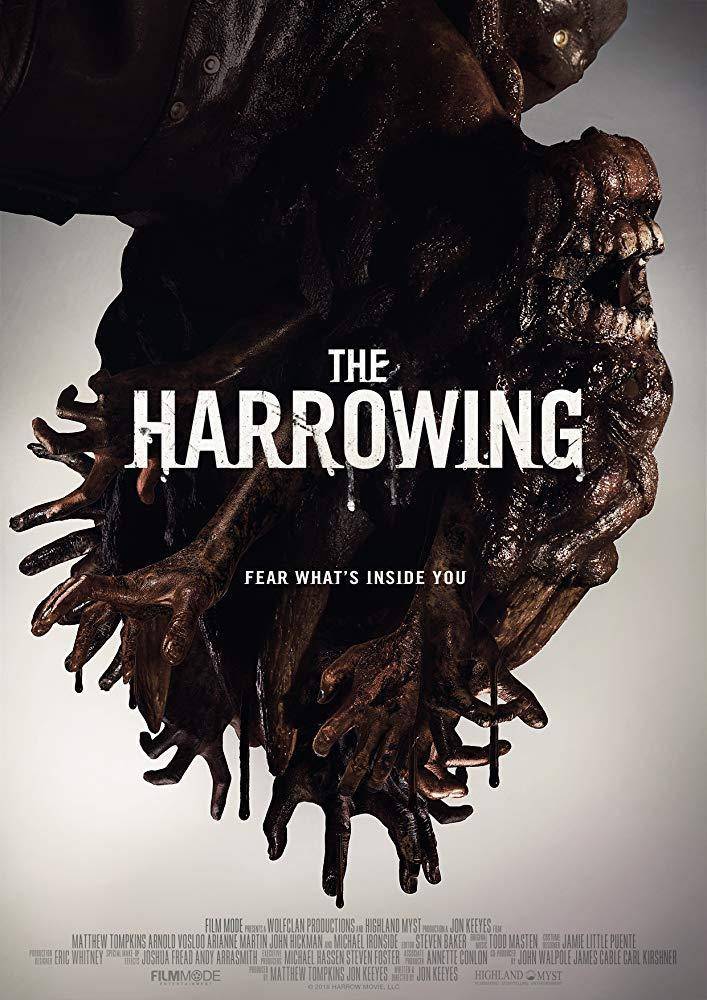 So who’s hungry for barbecue?

According to the official description, The Harrowing is about a vice detective whose best friend was murdered in a ritualistic killing. Determined to avenge him and discover the truth behind what happened, he “goes undercover into a forensic hospital and is plunged into his own personal hell where demons might be real.”

Jon Keeyes, writer and director of the film, says “We’ve carefully crafted an intelligent, suspenseful, tense thriller that will keep audiences on the edge of their seats while driving them down a road of psychological twists and turns.” Producer Metthew Tompkins adds, “The Harrowing is carefully constructed to be a powerful synergy of elements that make it one of those rare ‘elevated’ genre films with true crossover appeal to a wide variety of hardcore fans…

“The film is a potent mix of horror and supernatural elements that underpin a very smart, disturbing, and complicated psychological thriller…the idea of being able to drive the narrative utilizing all of these things, to truly pull that off, from both a commercial and artistic perspective, was a fantastic opportunity for us as Filmmakers.”