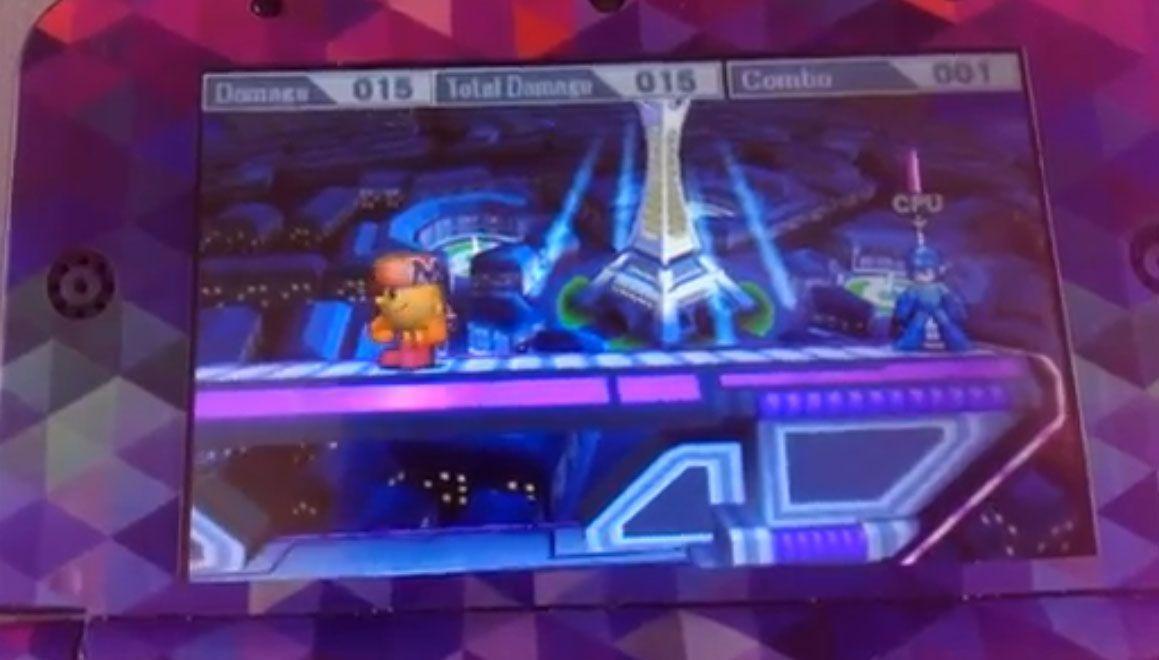 When Leron Tomalchev started getting complaints from his girlfriend that her Smash Bros. game was acting weird, he asked what it was doing. She said everything had become a tomato.

The big problem is displayed at the end when Leron tries to summon a Pokeball. Since the animation for whatever Pokemon was to come out of that ball isn’t compatible with a tomato, the game freezes. Though rules can be changed in individual play to remove Pokeballs, online play is out of the question.

Perhaps most bizarrely of all, this glitch seems limited to Amanda’s machine and none other. Leron tried the game in his 2DS and the tomato glitch didn’t show up. Amanda also owns a regular 3DS and the glitch didn’t appear there either. It only happens on her 3DS XL, and only with the new patch installed. The patch can be removed, sure enough, but then she can’t play online, and redownloading the patch only reintroduces the glitch.

Given how the glitch only affects one person, complaining to Nintendo would probably go nowhere. For now, the couple can only wait for the next patch and hope the issue resolves itself. Or not — I would totally keep that 3DS the way it is forever.