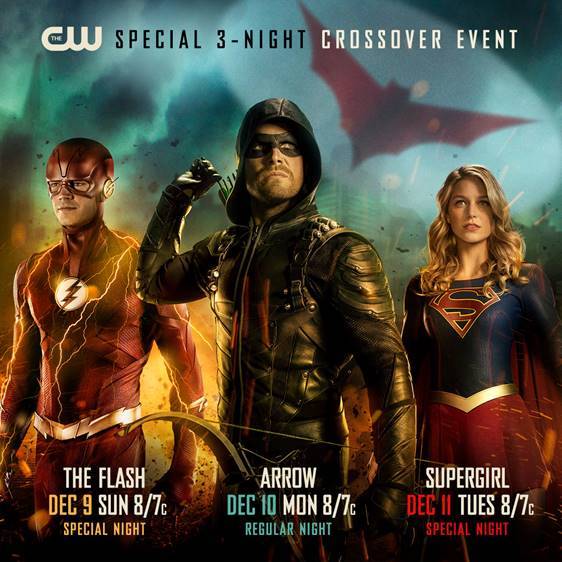 First the bad news: this year’s big DC Superhero Crossover will only encompass three shows out of the five that exist — Legends of Tomorrow can’t work its out-there arcs into the plot, and Black Lightning is in a different universe and doesn’t come back until midseason. But the good news is good indeed….The CW confirmed today that not only will Superman appear in this year’s crossover, he’ll be bringing his main squeeze!

Lois Lane will be making her first appearance in the Berlantiverse during the crossover event. (The CW wants us to call this the “Arrowverse” but that is giving Arrow too much dominion over the entire franchise. If we let that happen, the show will never be cancelled.)

“We couldn’t be more excited to introduce Lois Lane to the Arrowverse,” says Supergirl executive producers Jessica Queller and Robert Rovner “This dogged, determined and brave reporter will make for a strong partner to Superman and amazing addition to our universe of DC characters.”

The CW hasn’t revealed who is playing Lois, which is weird, given we already know who’s playing everyone else. Tyler Hoechlin will be returning as Superman, who was last seen in several Supergirl Season 2 episodes around 2016. When Superman and Supergirl meet again, I imagine she’ll have a few questions for him….most notably WHY he wasn’t around during any of the world-shattering events from Season 3 of her show.

The CW superhero crossover, centered around Batwoman, will air December 9 through December 11.

Hartley Sawyer Bumped To Regular On The Flash