Netflix promised the first trailer for Stranger Things Season Two would premiere during the Super Bowl. It took some impatient waiting, but the spot finally appeared near the beginning of the third quarter — and threw viewers for a loop.

You have to love how this actually starts as a vintage Eggo commercial (I’m sure they had no problem getting permission as Eggo has gotten some invaluable exposure from this). There’s also a new glimpse of Eleven, confirming her return (but fans have known this for months). The trailer was put online almost instantly after it aired, so if you missed it, just click:

Two days ago the official Stranger Things twitter account played a little game with fans. This image appeared on Friday: 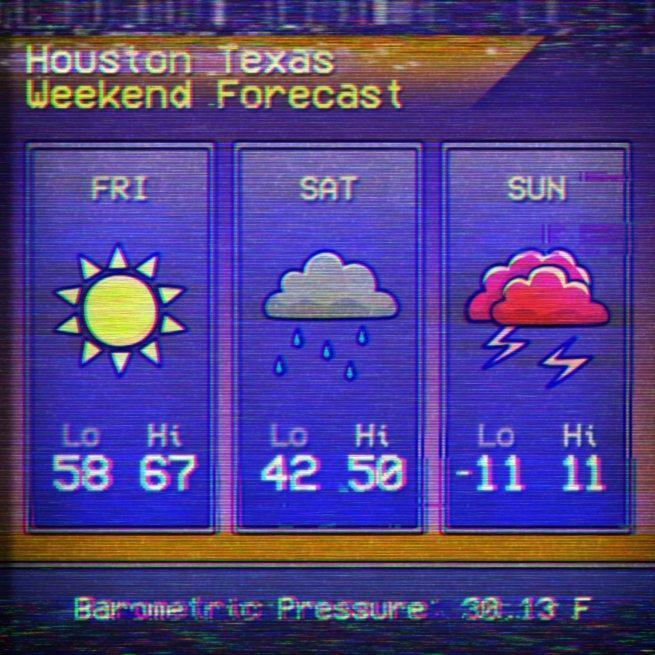 Pretty ominous, right? Houston was where Super Bowl LI took place; it was a cryptic teaser for the trailer. Fans examined the numbers displayed here for any hidden meaning. The most curious result was derived from the differences between the first two temperatures and the barometric pressure, which got a result of 9-8-17. If it was intentional, it was meant as a red herring, because the trailer clearly says HALLOWEEN.

The real clue was in the first released screenshot, showing Dustin, Mike and Lucas in their Halloween costumes. They knew we’d spend all our time on sniffing out hidden details and would ignore the most obvious clue! Now we all feel dumb.