Steve Mitchell, King Cohen Director, is a renaissance man with work in the comics, film and TV industries since the 1980’s. Recently he set his sights on telling the story of a filmmaker from the 1970’s who gained a cult following by doing film’s his way. I recently reviewed King Cohen for Popgeeks.net here and was lucky enough to chat with the director about bringing the life of Larry Cohen to the screen in documentary form.

Adam Pope: As a fan of the genre, I’m aware that you had a lot of work in the comic book industry as an inker and artist on such books as Iron Man and Batman over the years. Was a creative career always a goal for you growing up? 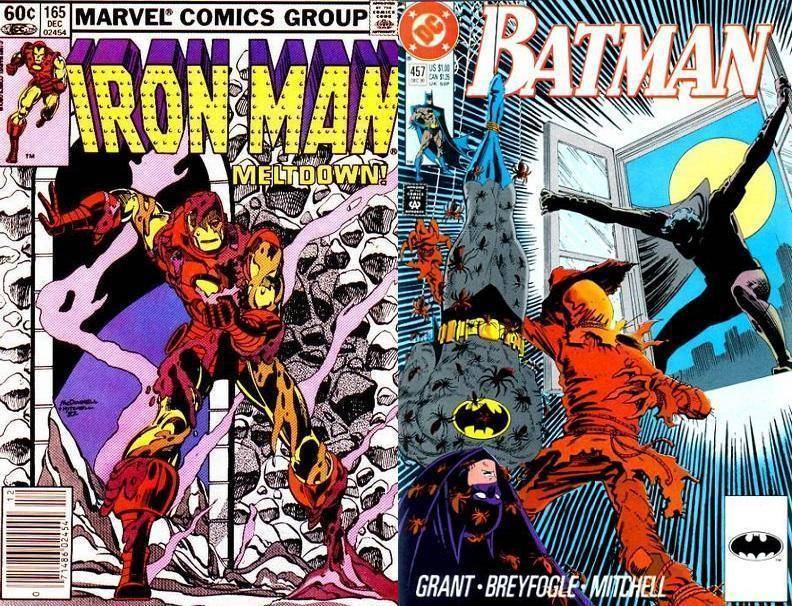 Steve Mitchell: It was. I wasn’t sure how I was going to make a living at it in the beginning, but I was always attracted to the idea of working in the creative arena which, for me, was a career working in comics. I grew up in New York City, and was a geek and a fan before that was cool. I used to visit, or sometimes, invade the offices with the purpose of meeting and talking with my heroes.

Early on I decided to try and break in on the art side of things, and because of access –living in NYC helped – it was fairly easy to get my first job, which was at DC, working in their production department. I had a two day trial during my easter vacation when I was in High School, and they liked me, and invited me back to work that summer.

I was a paid gopher or an intern – there was no handle or title for what I did — and it was a tremendous experience for a fan boy like me. I was walking on air most of that summer. At the time, I never really considered any other career, but I was equally passionate about movies. Perhaps if I grew up closer to Hollywood, I might not have had a career in comics. Who knows?

AP: You also have an interesting list of TV writing credits, having written for iconic cartoons like G.I. Joe, Jem and Transformers in the 80’s and you also co-wrote infamous 80’s slasher film, Chopping Mall with your friend, Jim Wynorski. Which of these projects have you gotten the most attention for from fans over the years?

Steve Mitchell: CHOPPING MALL. Absolutely. I still get compliments from fans even to this day, which is nice considering the film was made in the eighties. That said, I do encounter the occasional animation fan that knows my work. I had no idea that the work would ever get noticed, much less remembered with the tremendous enthusiasm the fans seem to have. It’s great. 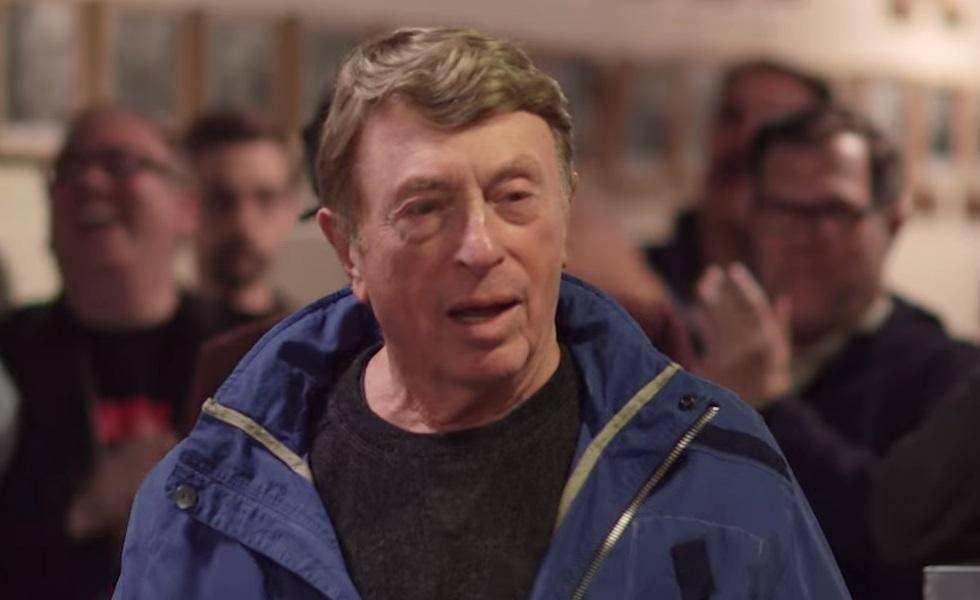 AP: You’ve now moved into directing with this very entertaining documentary, King Cohen. In a way you have followed a similar path as your subject, writer-director-producer, Larry Cohen. What inspired you personally to get started on this project?

Steve Mitchell, King Cohen Director: I was producing work for Image Entertainment, and I had the idea for it one day when I was checking out Larry’s IMDB page. I was impressed with the sheer amount of projects and work he created that I did not know about, and I was a fan of his. This inspired the idea to try and tell his story, which seemed to me at the time to be a unique one.

Like Larry, I wanted to do my own movie(s) and I felt it was time to try. Sometimes work comes your way, and you do it, which is great, but with King Cohen I knew I had to start the ball rolling, which took some time and effort. Looking back now, I am so glad I never gave up on it. 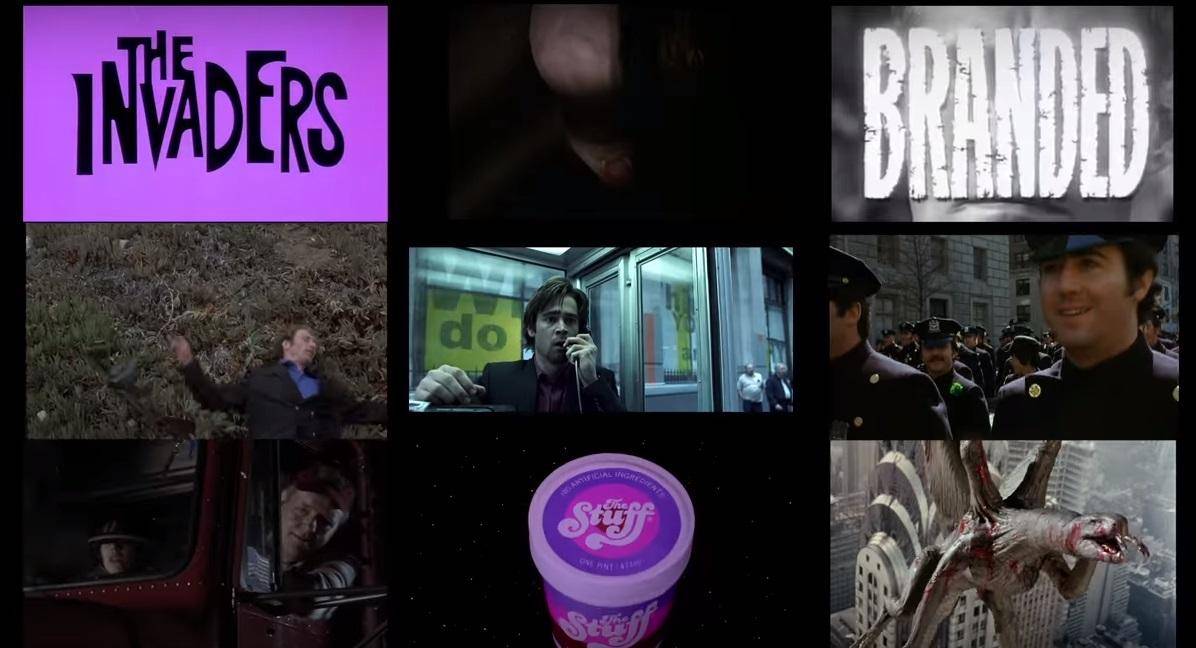 AP: What was your initial exposure to the work of Larry Cohen?

Steve Mitchell, King Cohen Director: It was when IT’S ALIVE was reissued that I really noticed Larry’s work. I was aware of some of his older TV work, like THE INVADERS, CORONET BLUE, BLUE LIGHT, and BRANDED, before that. Once I saw IT’S ALIVE, he was a film maker that was fixed on my radar, and I went to any movie of his that was released theatrically. Movies like THE PRIVATE FILES OF J.EDGAR HOOVER, barely got a release, and I caught up with it later.

AP: When did you first connect with Larry in person? What kind of impression did he give you?

Steve Mitchell: I don’t remember exactly when I made the first phone call to approach him. Some years ago, obviously. When I went over to his house, the famous house in all of his films, he was what I expected and a bit more. I had listened to his commentaries, so I had some idea what he was like, and how he thought about his films.

He was very open minded to the project, and was flattered that I wanted to make a film about him and his career. I also sensed that he was a bit cautious, and not totally convinced that I could get the movie financed. He was right…for a while. 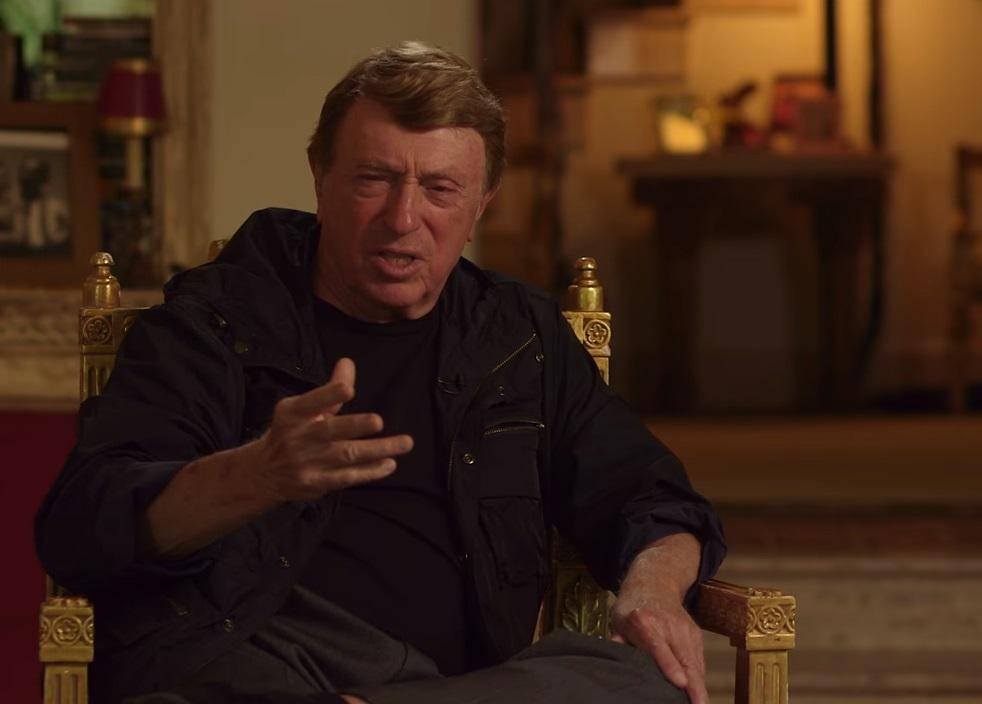 AP: Larry himself says that he prefers to be in control of each aspect of his movies, was he content to simply be a talking head in this production?

Steve Mitchell: Not sure if he was content, but he was very cooperative. He had ideas about where we might shoot in his house, with an eye toward a good frame, but he ultimately let us do our thing.

AP: Despite his legendary, often dangerous on-set antics it seems that Larry’s collaborators (both actors and crew) all have a genuine respect and affection for his creative passion. Were there any folks you reached out to for interviews that did not share that love for Larry?

Steve Mitchell, King Cohen Director: There were a couple, and let’s leave it at that. That said, most folks who know Larry, adore Larry. 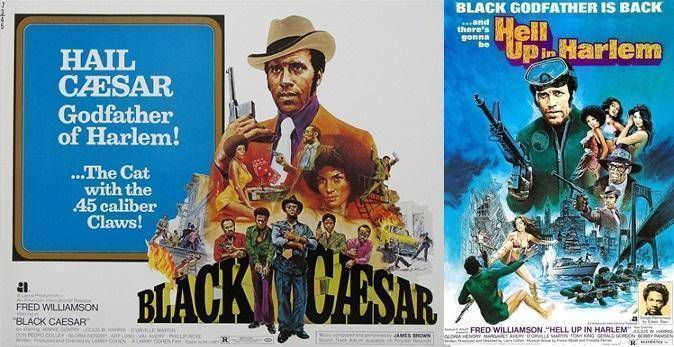 AP: What was the most surprising story from Larry’s infamous career that you discovered while making King Cohen?

Steve Mitchell, King Cohen Director: Oh boy, where do you start?! Larry has a million of ‘em, and that is only a slight exaggeration. One of my faves was just how he made HELL UP IN HARLEM. He made it in a hurry to capitalize on BLACK CAESAR’s success. A.I.P. wanted a sequel, pronto, so without having Fred Williamson, because he was working, Larry shot scenes with doubles, and did inserts with Fred later to put him in some scenes. Most of the stuff in the hospital was done that way. Larry’s ability to improvise and steal…AND get away with it was and still is amazing to me.

AP: There are many entertainment industry documentaries that do not share the same quality of camerawork, lighting and sound as your work on King Cohen. What did you pay particular attention to as a director in setting up the interviews to create that professional look?

Steve Mitchell: Thanks for the compliment. We had one shot at making a good impression – with Larry and the audience — with this movie. I’m not sure if I’m a perfectionist, or just a guy who sweats the details, but I think most filmmakers are that way, and I always tried to get a nice frame with lighting to match.

I look at the film and it feels, a bit, to me, anyway, that the film is designed which is I’m happy about. As far as the editing is concerned, my editor, Kai Thomasian, and I did obsess and sweat every cut, and every sequence. We cut a number of sequences together and then tossed them out and started all over again, always with the goal of telling Larry’s story in the best possible way. 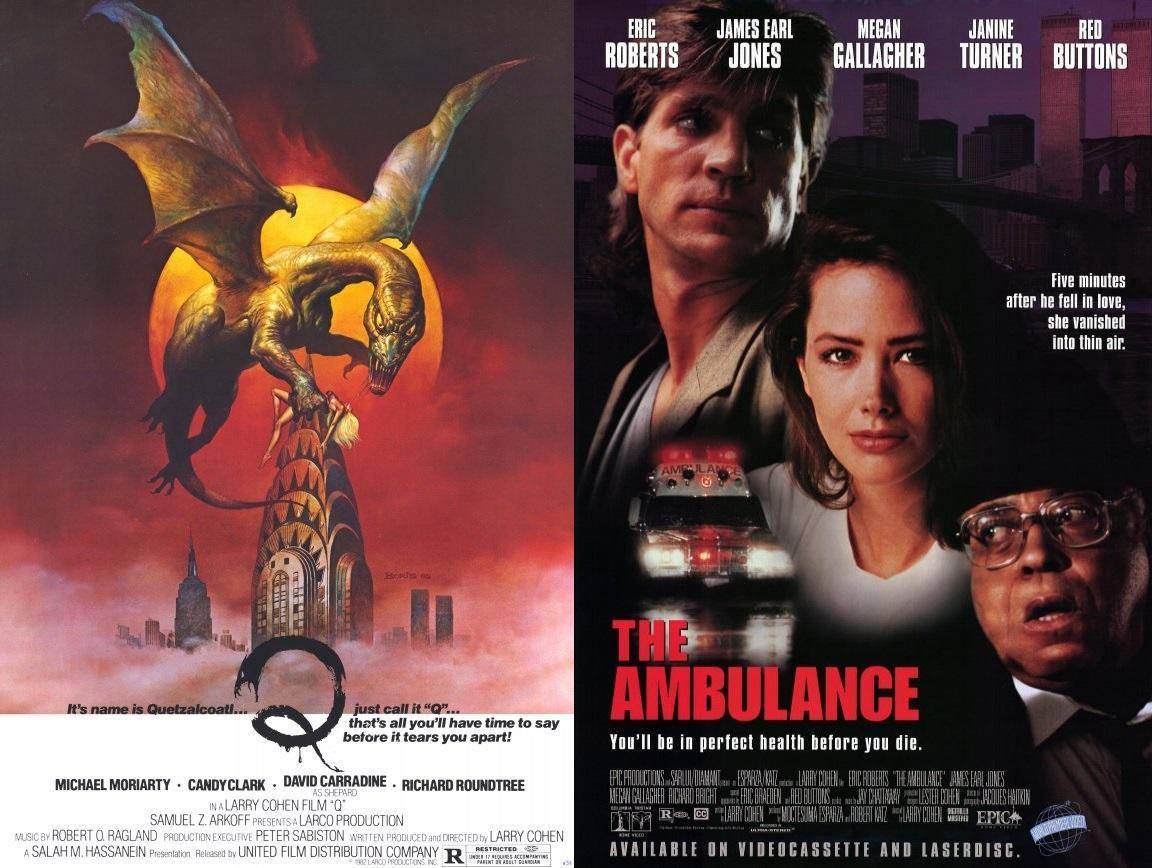 AP: What was your favorite Larry Cohen film when you began the documentary and did that change at all with the insight gained as the projected came together?

Steve Mitchell: My fave was and still is, “Q.”  A very, very, close second for me is the THE AMBULANCE. I like it more every time I see it.

AP: Are there any more documentaries or passion projects on the horizon for you?

Steve Mitchell, King Cohen Director: I have both docs and fiction projects in mind. Getting a project financed is the mountain I have to climb…like everyone else, so we will see what flies as they say. Any project I start is something I’m passionate about. You really have to be. When I write, especially on spec, I never write anything I don’t want to see. Even as a writer or a director, I’m the audience for all of my projects. I always want to see how a story is going to turn out.

AP: Finally, if you had to define Larry Cohen in one word given your experience with him through the making of King Cohen, what would it be?

We want to thank Steve Mitchell for his time and comments.