Solid Snake Is Now A Duck

If I were the type who collected an endless number of figurines in the likeness of my favorite TV and video game properties, I would much prefer adorable little ducks to the giant, inky, soulless eyes of a Funko Pop. A company called Numskull Designs thought so too, and now produces a line of duck-ified versions of popular characters called Tubbz.

Despite the name, and the fact that they come in a clear plastic package shaped like a tub, Tubbz ducks are not made of rubber, nor are they safe to put in water (sorry, Ernie). They do, however, come shaped like characters from Street Fighter, Resident Evil, Borderlands, The Last Of Us, Doom, Skyrim, Crash Bandicoot and very soon, Metal Gear Solid.

Tubbz has picked up the official license from Konami and will soon be coming out with two MGS-themed birds: Solid Snake and Revolver Ocelot. I have to admit that I would totally replay the original MGS right now if they replaced Snake with a duck. Just imagine it… 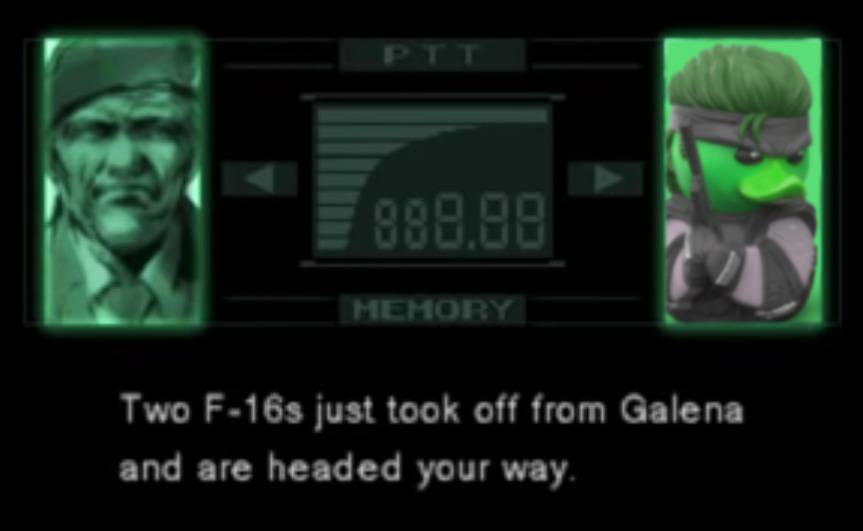 COLONEL: This op is Security Level Red.
SNAKE: IZZAT SO???
COLONEL: You need the highest security clearance to get access to the complete file.
SNAKE: WELL, I’LL BE DOG-GONED! KWAAAK-KAWAAK-KAWAAK!!!

The Metal Gear Solid Tubbz figures will be available starting in July. Preorders are open on the Numskull website.

Cyberpunk 2077 Hits Another Delay, But Gains Next-Gen Support Watch The New Trailer For Sea Of Stars