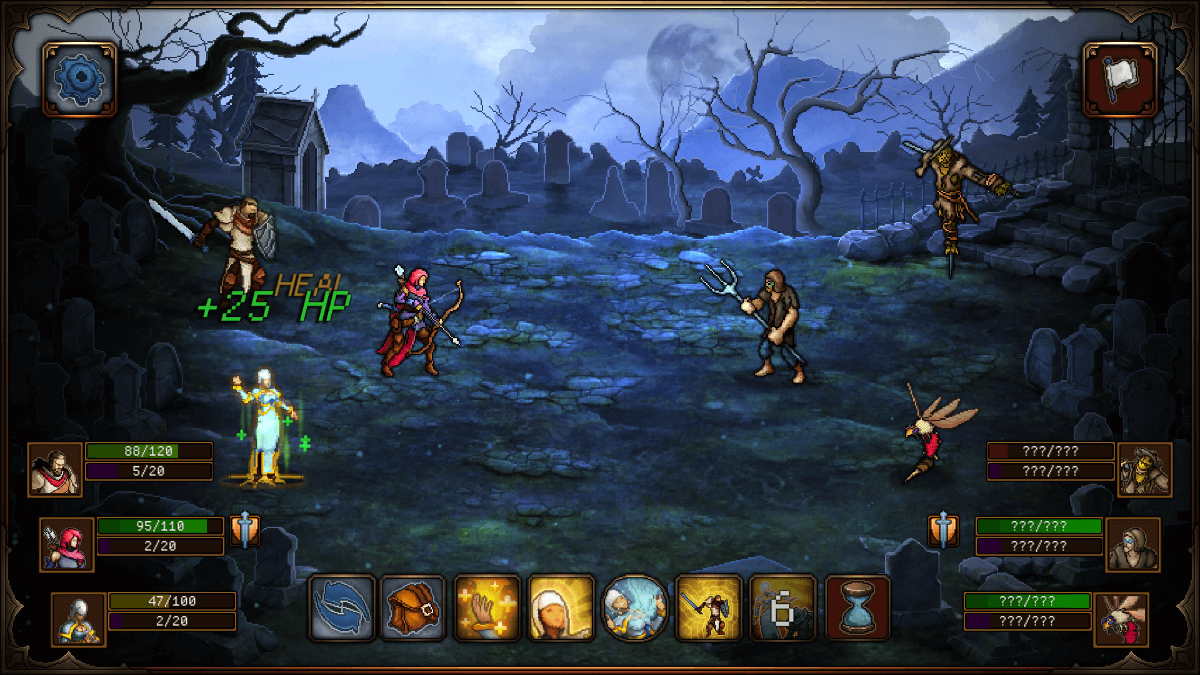 Russian development studio Goonswarm has announced a September 5 release date for their upcoming roguelike, Sin Slayers. Earlier in the year they held a crowdfunding campaign for the game, and it appears to have been a success.

Sin Slayers is set in a world between worlds, the Valley of the Fallen Sinners, where our heroes have been imprisoned after their deaths. To return to the world of the living they will need to travel seven cursed lands, slay the seven Sin Lords, and destroy the seven magical seals. Wander through primeval forests, boneyards filled with crypts and the graves of fallen warriors, and other damned regions that will test even the bravest heart.

That’s a lot of sevens, isn’t it? As you might guess, the Seven Deadly Sins are a recurring theme throughout the land — and they even affect gameplay. If you’re in the Forest of Gluttony, eating anything will raise the sinfulness score of your squad. But if you happen to be in the Village of Envy, players can’t earn souls if their sinfulness score isn’t high enough.

There are times when you want the Sin-O-Meter (and yes, that’s what it’s called) to be high and times when you want it low. When it’s high you will get tougher monsters but better loot. Conversely, a low sin level will make the game easier, but the treasure finds won’t be as good.

Want to try out Sin Slayers? A demo is downloadable right this moment. Check it out on Steam. The full game comes out next month.

Kohan Games on Sale at Direct2Drive