Three seasons ago, Princess Adora held her magic sword high and yelled “FOR THE HONOR OF GREYSKULL,” and it worked just as effectively then as it did in the 80s. Etheria’s champion is the center of one of Netflix’s most popular cartoons right now, but since this is Netflix we’re talking about, it’ll probably be cancelled soon with no warning. We can at least guarantee 13 more episodes and a Season 4.

And here are the heretofore unseen She-Ra clips from the coming season, revealed during New York Conic-Con last weekend. Ain’t they pretty?

We have more….we have promotional posters. One depicts She-Ra and her allies, the Princesses of Power, and the forces of good: 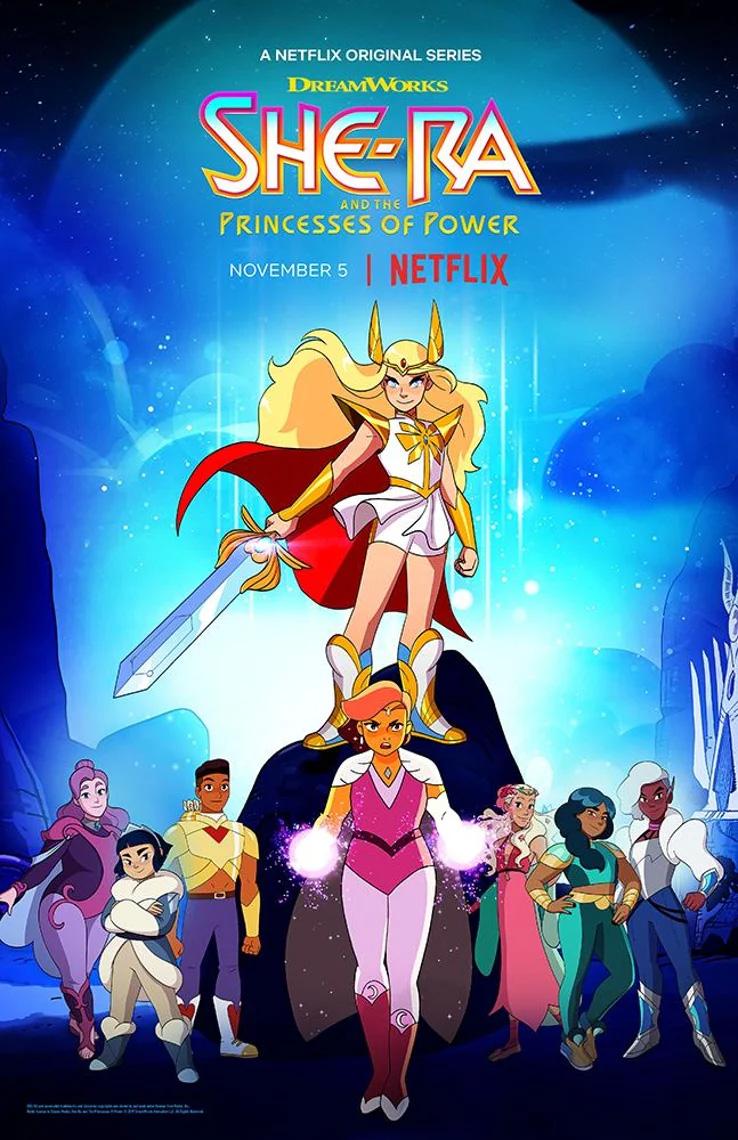 And the other depicts Adora’s former friend Catra sitting on a throne, surrounded by the other series villains: 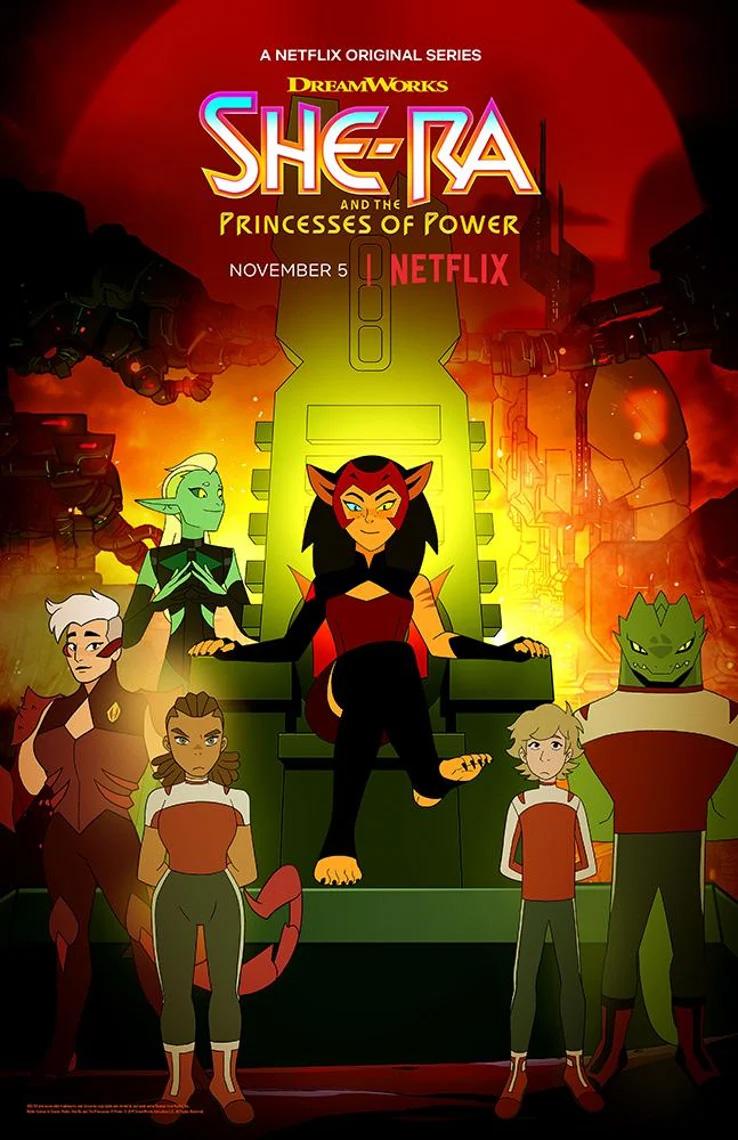