Titan’s season 3 is coming, and there will be a change. Starfire’s previous costumes made fans unhappy. I guess because it looks nothing like the comic and the cartoons. She is an orange-skinned alien back then. Her attire is hard to translate to live-action. For instance, this is what she looks like in the comics.

This is what she looks like in the cartoons.

I am not sure if this is something Anna Diop will want to wear because of the fabric shortage. Titans is a dark and serious adaptation of Teen Titans. Previously on season one, They try to keep the color scheme of Starfire but the Jacket ruins it. If they want to show more skin, they could have made it similar to a pro-wrestler’s ring gear. There are ways to make Starfire look modest but maintain the cool factor.

Instead we got a 90s love child of Melanie B and Geri Halliwell from Spicegirls. The Maroon hair also doesn’t give her favors. Cosplayers did a better job than whoever styled her. 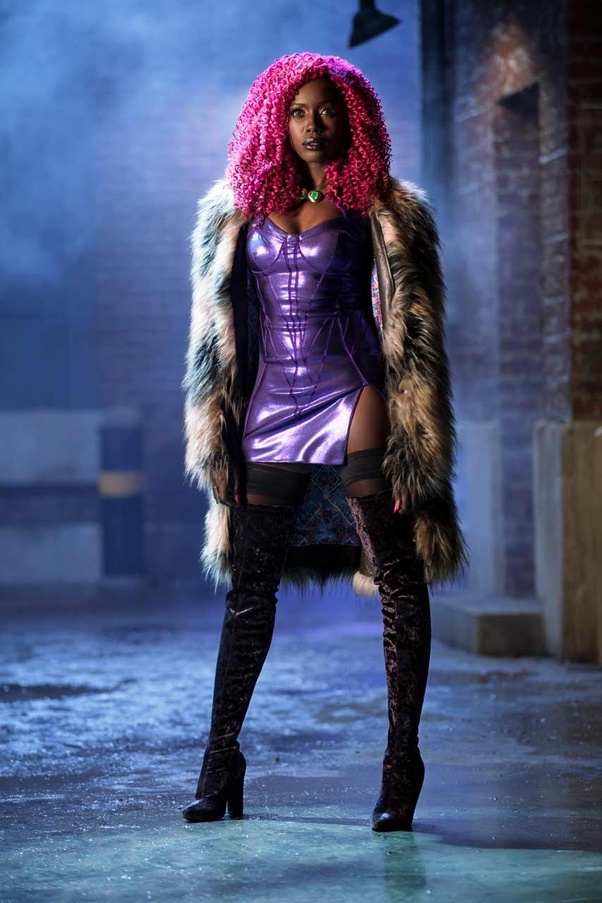 Season 2 tried to rid of the bright purple colors and replace it with black.No more Hooker boots paired with a tacky fur coat. She looks like a member of 20th Century Fox’s interpretation of X-men. Very bland looking but more tolerable than season one. The third time must be the charm because finally, they figured out a look for Starfire. A look that resonates with the comics and also compliments Anna Diop’s features. It doesn’t show much skin, but this new look feels like Starfire.

The New hairstyle reminds me of a more realistic version of the character. Whoever styled finally gave her justice as she looks heroic and chic. She finally looks like a cool superhero. It takes them three seasons to finally make Starfire look like what the fans remember.