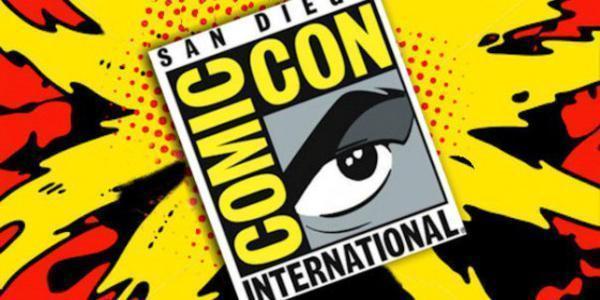 San Diego Comic Con is one of the biggest events on the calendar, and with it comes its trademark mix of comics, movies, TV, games, cosplay, toys, weirdness and much more. We’ve tried desperately to keep track of everything that went on and cherry pick out the best news from the show. Here’s our picks from the TV show present at SDCC.

During the Game of Thrones panel at SDCC, a number of new characters and casting details were revealed for Season 5. House Martell  of Dorne will feature heavily in the next season, so it’s no surprise that a number of key characters were among those named.

Rather helpfully, the official Game of Thrones youTube page now has this video, introducing the new cast members.

Doran Martell, introduced in the video, is the ruling lord of Dorne and the older brother of Oberyn who, surprisingly for anyone that hadn’t read the books, came to a squishy end in Season 4. Doran is said to have an even temper, unlike his brother. Trystane Martell is Prince Doran’s son, the next heir to Dorne.

Elsewhere in the world Daenerys will face Yezzan, who was an “extremely wealthy” slave trader before the Khaleesi outlawed slave trading.

Fans also got the first look at this blooper reel from Game of Thrones Season 4.

TVs highest rated comedy The Big Bang Theory returns in September for Season 8. During the panel at SDCC, following show writers discussing their highlights from the past season, the floor was opened up for some Q&A.

Someone jumped right in with the obvious question – is anyone ever going to fix the elevator? The response they received?

“I think those stairs are the only exercise those guys get.”

“The show will not go on without a comic book store, I promise you.”

There was little else on offer for this panel, surprisingly, with few details of what to expect in the coming season.

After the surprising end that left fans on the edge of their seats wondering what was going to happen next, Person Of Interest is scheduled to return on September 23, and looks set to do so with a bang.

Alongside the Season Four trailer above, a few details were discussed about where the series goes next. The featured battle in Season 4 will be The Machine vs Samaritan. We all saw it coming, and now the two machines/systems go head to head in a fight for dominance.

Season 4 will see John Reese and co having to live ‘normal’ lives undercover, including working a regular job, as they try to continue the battle without being found. Reese appears to have a police badge, while Shaw is working on a cosmetics counter – I’m not sure she’s really suited for that one!

Some new footage from The Simpsons vs Family Guy was shown, which can be seen below. It shows the Family Guy guys and girls arrive at, and looking around Springfield. The shared love of donuts between Peter and Homer was shown, while Bart and Stewie join forces to prank Moe – although Stewie might take it a little too far. Have a look for yourself.

There’s more amusement teased in the video, but watching it yourself will be much more fun than me describing it to you!

The Simpsons: Treehouse of Horror for 2014 will air on October 19, a little before Halloween, and features a Clockwork Orange parody called “Clockwork Yellow”. For anyone interested in the music from The Simpsons, there’s more coming your way too – in September there will be a “series of events” called the Hollywood Bowl, where not only the voice cast, but also Weird Al Yankovic will be performing musical pieces from the show!

As if all that news wasn’t enough, brace yourself for the biggest announcement – Spider Pig will be back in Season 26!!! Yes, Spider Pig from The Simpsons Movie – I absolutely cannot wait for that.

It was confirmed at SDCC that Sam Raimi (Spiderman) will be working in collaboration with his brother Ted and Bruce Campbell on a TV adaption of The Evil Dead.

As you would have expected and wished for, The Walking Dead Season 5 was discussed, and a little shown, at SDCC. Without further ado, have a look at the Season 5 trailer.

There’s plenty to see and ponder upon in the trailer, which was longer than most were perhaps expecting and does a wonderful job of building anticipation up for the new season. The TV adaption continues to break further away from the mould of the comic books, as it always has, changing things up enough to keep viewers on their toes and desperate for more.

Much like Person of Interest, the Season 2 finale for Hannibal left viewers wondering what will happen next. It was an explosive and surprising end to that chapter of the Hannibal story, and allows the show to move on, although it’s not entirely clear to where when Season 3 will be based or if there will be a time period between the event of seasons 2 and 3.

Italy is the confirmed location that Hannibal is travelling to, so expect a lot of the action to take place in Italy, although it’s likely to be interspersed with American locales, characters and scenes too.

The season 2 finale left Jack, Alana, Abigail and Will all with their lives hanging in the balance. It’s unlikely they will all survive, similarly it’s unlikely that they will all die. It’ll be interesting to see who the showrunners keep moving forward, with new favorite characters from the books starting to become involved, including Murasaki (who is “going to kick all sorts of ass“) and Pazzi.

One role confirmed to be returning would be Eddie Izzard’s Abel Gideon, although he won’t be back alive, but will appear through flashbacks.

So there you have it, the PopGeeks run-down of all things TV from San Diego Comic Con 2014.