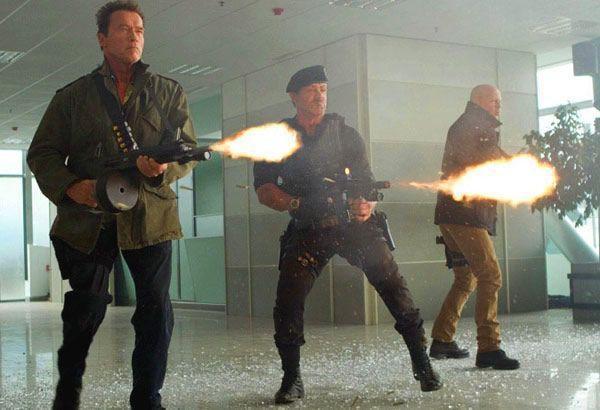 Let’s recap shall we? The first Expendables was a truly special movie, in that it brought together numerous legends of action cinema together for a movie you thought would only be done once…until it had a sequel. Which added more legends, including Chuck Norris, who delivered oh so epically the greatest Chuck Norris joke ever. EVER!!!

Then we get the third film, which actually attempted to bring more story to the film, and possibly ensure a future. But, it didn’t go well this last time. The film was widely panned, and it was leaked online before it hit theaters, thus lessening its box office earnings.

Despite that though, one of the films stars, Arnold Schwarzenegger, wants a fourth Expendables movie. Even going so far as to push Stallone to make it happen.

Believe it or not, he’s not the only Expendable that’s up for it, as Jason Statham has noted he be up for doing them for as long as Stallone wanted him in. So that’s two of the main stars up for the task of doing Expendables 4. The only real question is, “will this happen?” Not just because of the lackluster performance of the third movie, but also because an Expendables TV series is said to be in the works. We’ll just have to see what Stallone thinks is best.