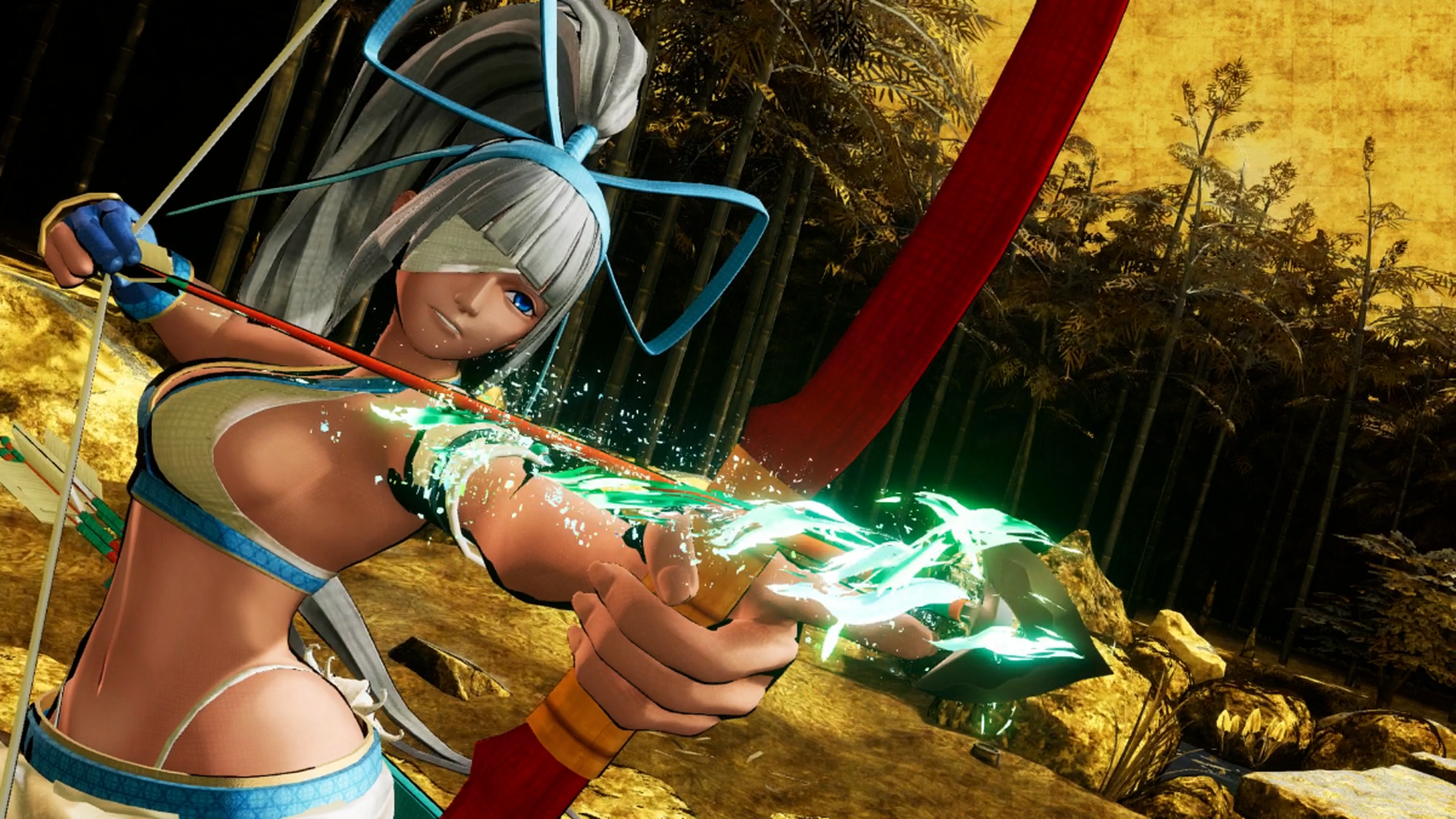 Evolution Championship Series 2020 (aka EVO 2020), the world’s biggest fighting game tournament, will be held in Las Vegas this summer, and SNK’s latest Samurai Shodown game will be one of the main tournament titles. The announcement was made today by SNK company president & CEO Koichi Toyama,

The event will take place at the Mandalay Bay Resort and Casino, and last from July 31st to August 2nd. You can learn more at http://evo.shoryuken.com.

Shodown is about to expand with a second season of DLC content; four new fighters are planned and last month SNK released character descriptions for three:

[Mina]
Mina made her first debut in SAMURAI SHODOWN V in 2003. Now she’s back and ready for action. Born in Ryukyu with strong spiritual energy, she wields her bow clearing the world of evil demons. Mina reached 1st place in the Dengeki Online’s most wanted DLC characters poll.

[Sogetsu]
Sogetsu returns after making his first appearance in SAMURAI SHODOWN IV in 1996. He’s a fearsome ninja of the Kazama clan, able to control the power of water. Kazuki, his younger brother, made his comeback to SAMURAI SHODOWN in November as a DLC character in Season 1.

[Iroha]
Iroha first spread her wings in SAMURAI SHODOWN VI in 2005. She fights to protect her master at all costs using her two butterfly swords. She claimed 2nd place in Dengeki Online’s most wanted DLC characters poll.

Samurai Shodown is available now on Playstation 4 and XBox One. A Switch version is coming February 25, and the Season 2 DLC content will start arriving at the same time, starting with Mina.

The Results Of Ship Of Heroes’ Community Event