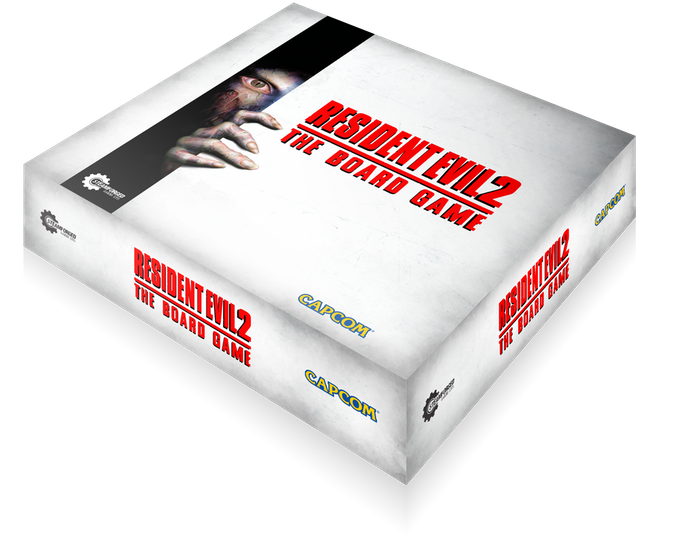 Steamforged Games and Capcom have teamed up to bring Raccoon City and hordes of zombies to a table near you. Their new Resident Evil 2 game has just launched its Kickstarter campaign, and has already busted through its goal with nearly a month to go.

Leon S,. Kennedy, Claire Redfield, Robert Kendo and Ada Wong are all playable in the game, and in addition to their figures you get at least 13 zombies, plus Lickers, zombie dogs and little representations of boss monsters.

Resident Evil™ 2: The Board Game combines intense resource management and an innovative Tension Deck mechanic to create an enthralling experience for veterans and new players alike. With world-class miniatures that are faithful to the original in every detail, this game will capture the essence of the classic genre-defining Resident Evil™ 2 video game.

To survive the nightmare, players must explore dangerous and foreboding places for clues, equipment, and weapons that are critical to staying alive. Unusual sounds or barely glimpsed movement could hint at disaster. The Tension Deck forces players to carefully consider traveling through each area—and whether they can afford to avoid it altogether.

Now get this: unlike most over survival horror games of its type, Resident Evil 2 requires that all its members remain alive through the entire game. This means all players must work together to reach the end — you either all lose, or you all win. This makes RE2 a unique experience as far as tabletop games go.

The RE2 campaign is different from most other tabletop game crowdfunding campaigns in that there is only one pay tier. It is pretty high at around $90, but you’ll never have to pledge any higher because every stretch goal that is met will be added to the package with no increase in cost. If you can spare the cash, the Resident Evil 2 Kickstarter will remain open for the next 27 days.