On February 4th, 2016, I saw the news posted on Tom Ruegger’s Facebook page. The news was that Joe Alaskey, who worked so memorably with Mr. Ruegger and crew on Tiny Toon Adventures, had died at the age of 63. I told my brother, who also liked Tiny Toon Adventures, about his passing, and my brother wondered if it was cancer that claimed him. I said I hope not, but I was to be distressed when I read that, indeed, it was cancer that claimed Alaskey’s life. I was angered, and I was saddened, and I’ll explain why in this memorial piece.

I first came to know of Mr. Alaskey’s voice-work in 1988 when I saw Who Framed Roger Rabbit. Classic voice-over talents like Mel Blanc and Mae Questel were involved in the movie, but in the case of Mr. Blanc, he was growing older and dealing with health issues, and it was difficult for him to voice some of his characters. In the case of Yosemite Sam, Mr. Alaskey did his voice during the brief appearance by that character. As a young cartoon fan, it was always hysterical to watch Yosemite Sam, and in this brief scene, Joe did the character proud.

A year after Who Framed Roger Rabbit came out, Mel Blanc died, and a year after that, Tiny Toon Adventures, one of the few 90s entertainments I can say I genuinely liked, made its’ debut. Joe had taken over the role of Daffy Duck, but he also provided the voice of Plucky Duck, one of the students at Acme Looniversity, and a glory hound with a huge ego and a poor sporting attitude, much like Daffy. Despite that, though, you liked Plucky, just like you liked Daffy, because there was something of yourself within him. I think we’ve all wanted some form of validation at one point or another, and Plucky was no exception. A tour-de-force for the character, and for Mr. Alaskey’s voice-over talent, was the episode “The Return Of Batduck”, which was based around the making of Batman Returns, and served as the pilot for the short-lived spin-off The Plucky Duck Show, of which this ended up being the only new episode to air. The following episodes were compilations of previous TTA shorts with the Plucky Duck character. The basic plot is that Plucky Duck gives up his own show when he hears of the new Batman movie, and so he gets in touch with Tim Burton about getting the title role. Joe did some of his finest voice-acting in this episode.

Mr. Alaskey’s association with Steven Spielberg-produced projects continued in 1995 with the movie Casper. Casper was a movie that meant a lot to me. About a month-and-a-half before its’ release, I lost my father to a heart attack. I was 12 years old, and my dad was 47. In Casper, Joe voice Stinkie, one of the members of the Ghostly Trio, Casper’s jerk-with-a-heart-of-gold uncles. They help Dr. Harvey (Bill Pullman) to see his wife Amelia (Amy Brenneman) one last time. I will admit that I believe in ghosts. A few months after my dad’s death, as I was walking in the door from school, I could’ve sworn I saw my dad sitting at the dining room table and waving to me before disappearing. I hope that, if ghosts are real, that Mr. Alaskey’s friends and loved ones will get the chance to see him again.

In 2003, Joe provided voice-over work for Looney Tunes: Back In Action, which I found to be an improvement on Space Jam, although to me, anything would’ve been an improvement. It was a rather poignant project, as it was the last big-screen outing for the Looney Tunes characters (apart from a couple of 3-D shorts in the late 00s and early 10s), but if they had to go, they went in style. Style was actually one of the big points in the movie, as Bugs and Daffy (both voice by Mr. Alaskey) had a chase in the Louvre that allowed the artists to put these two classic characters in the styles of classical paintings. Watching as the paintings impacted the characters’ voices and movements was very intriguing.

Finally, I also have a personal connection to Mr. Alaskey. Back when I was a regular poster on the Toonzone website, Joe was a regular poster as well. When I saw this, I asked him some questions about Tiny Toon Adventures, and he was gracious enough to answer them. He answered other posters’ questions about the show and other projects of his as well. I couldn’t resist. I followed up with an e-mail to him that asked some similar questions, and a few different ones as well. He was kind enough to answer those, too. Unfortunately, I though my computer was having some space issues, so I deleted the message, along with quite a few others. I was never able to recover them, but as I started doing interviews for RetroJunk, and later for this website, I was hoping to get in touch with him again. 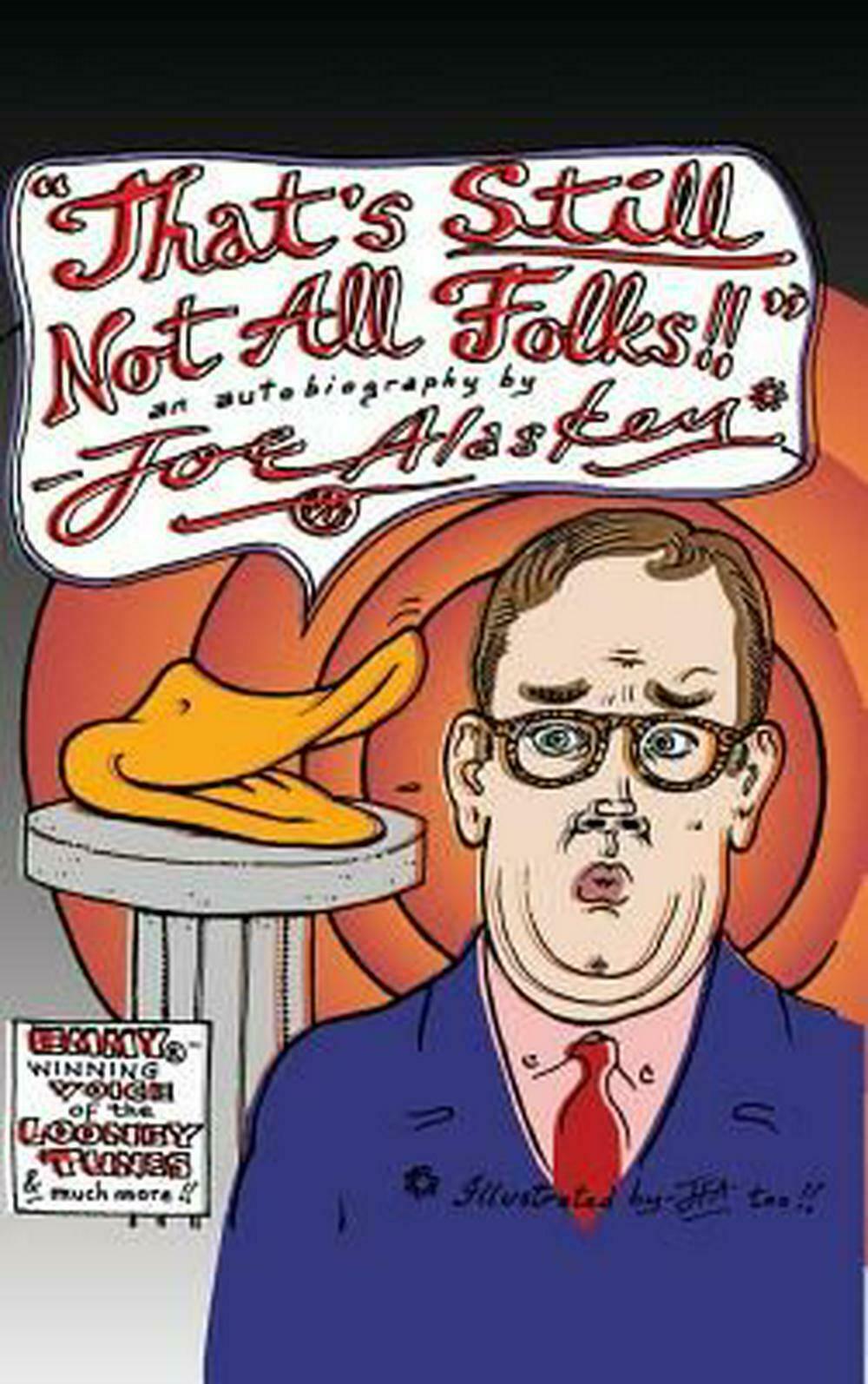 That opportunity was unfortunately taken away on February 4th. More importantly, though, we all lost the chance to hear his voice-over work again. He had slowed down in recent times to write some books, but I was looking forward to seeing some more of his voice-over work soon. Now a great voice has been silenced. I really don’t know what to say. So many great talents have lost their lives to cancer. This year alone we’ve lost David Bowie, Alan Rickman, Dan Haggerty, Clarence “Blowfly” Reid, Richard Libertini and Bob Elliott, amongst others, to cancer. Now pop culture adds Joe Alaskey to that sad list.

Whenever one of these talents passes away due to cancer, I get angered and saddened. The anger comes from the fact that cancer has been around for centuries, and with all the research being done on it and fundraising being done to fight it, it seems like the people who are supposed to be getting rid of it are just jerking off. The sadness comes from the fact that, whether it’s Alaskey, Bowie, your next-door neighbor, your co-worker or a family member, cancer cuts down people who have so much more to give to the world. We will always have Mr. Alaskey’s cartoons, though, just as we’ll always have Bowie’s music, just as we’ll always have the happy memories of our friends and loved ones who have passed away due to this disease and its’ various mutations. Not even cancer can stop those projects and those memories from fading.

R.I.P Mr. Alaskey, and R.I.P to all victims of cancer. May we find a cure one day.

Japan Is Getting A Mario Party Arcade Machine Star Wars Rebels: The Heroes Must Answer “The Call”

MultiVersus A fighting Game with characters owned by Warner Bros.

Casper is the Next Classic Ip to get the Riverdale Treatment

King Tweety: Tweety Bird is the missing Heir of the Canary Island Throne