AB Productions has reported it has now wrapped production on its time travel western Showdown In Yesteryear, filmed at Dogwood Pass in Ohio.

Dogwood Pass is a tourist attraction aimed at recreating the days of the Wild West, with period-accurate costumes and props already available, which made it the perfect spot to shoot a film…it’s basically the Ohio equivalent of Paramount Ranch in California. The center character of the movie, though, is a man from our present…Daryl Dumwoody, a down-on-his-luck loser who discovers a portal that transports him back to the 1800s.

While he’s there, he might find love with a fierce young widow..if he can survive encountering a gang of outlaws, as well as the villainous town boss Orson Kane.

Showdown in Yesteryear stars Jeff Grennell as Daryl, Vernon Wells (The Road Warrior, Commando) as Kane, and Debra Lamb as the widow, along with Timothy O’Hearn as “a desperado.” O’Hearn is the one who directed the feature, along with Aaron Bratcher, working from a script by Gregory Lamberson (Widow’s Point). The film is now entering post-production, and distribution rights are still up in the air. 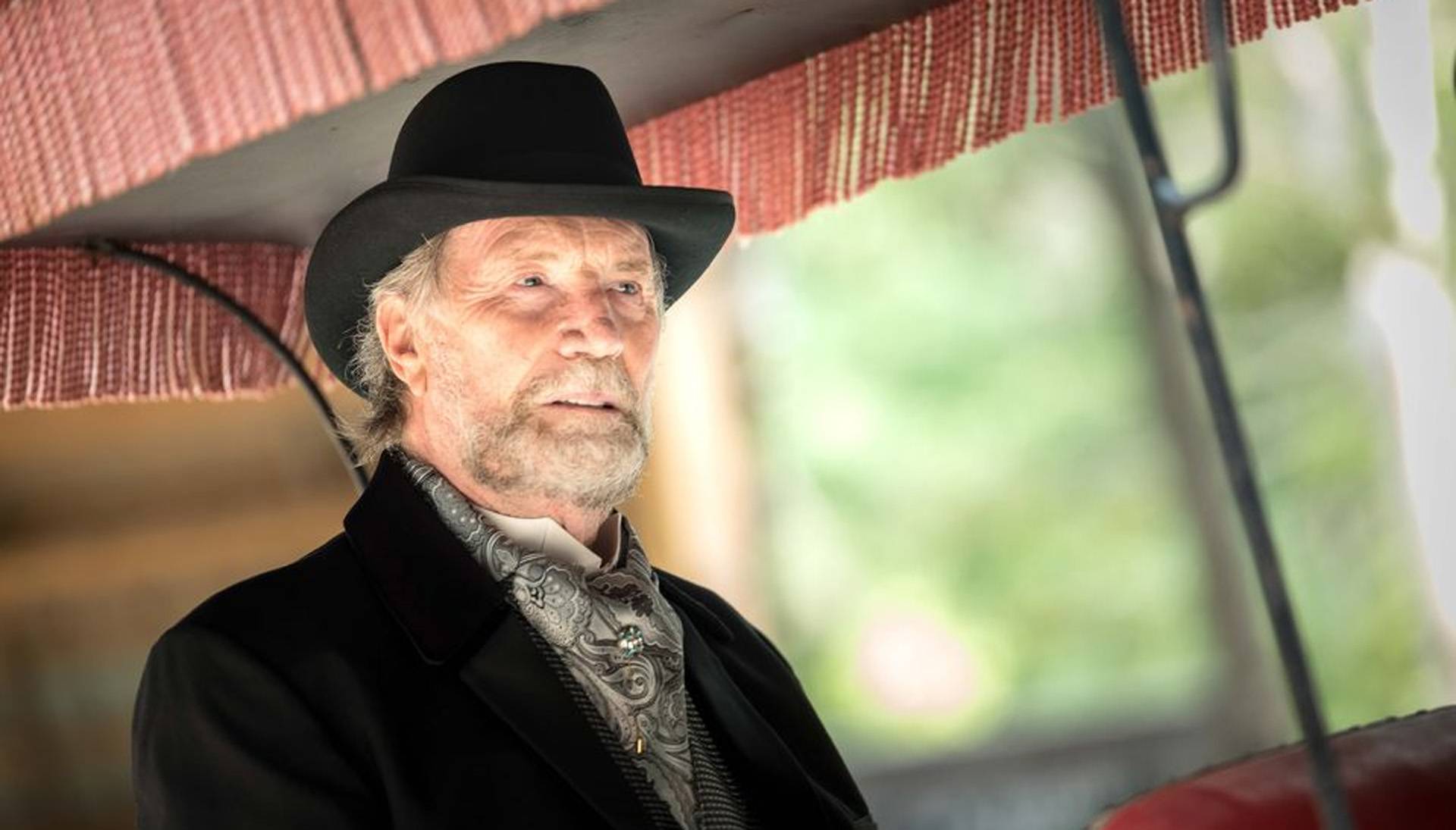 Showdown in Yesteryear follows Grennell as contemporary sad sack Daryl Dumwoody, who discovers a mysterious door in the woods which transports him to a frontier town in the 1800’s. There, Dumwoody contends with oppressive town boss Orson Kane (Wells), a fiercely independent widow (Lamb), and a gang of ruthless outlaws while attempting to find a way back to his own time. O’Hearn plays a desperado.

Don’t Forget The Return Of Lazor Wulf This Weekend