Stargirl is more than just the title of a YA lit novel about a hippie from Arizona. It’s also the name of a classic DC superhero who hasn’t had many turns in the sun. But now Stargirl may have her time to shine as the centerpiece of her own DC Universe series, coming next year. This weekend DC let loose the world’s first glimpse at her full costume, worn by actress Brec Bassinger: 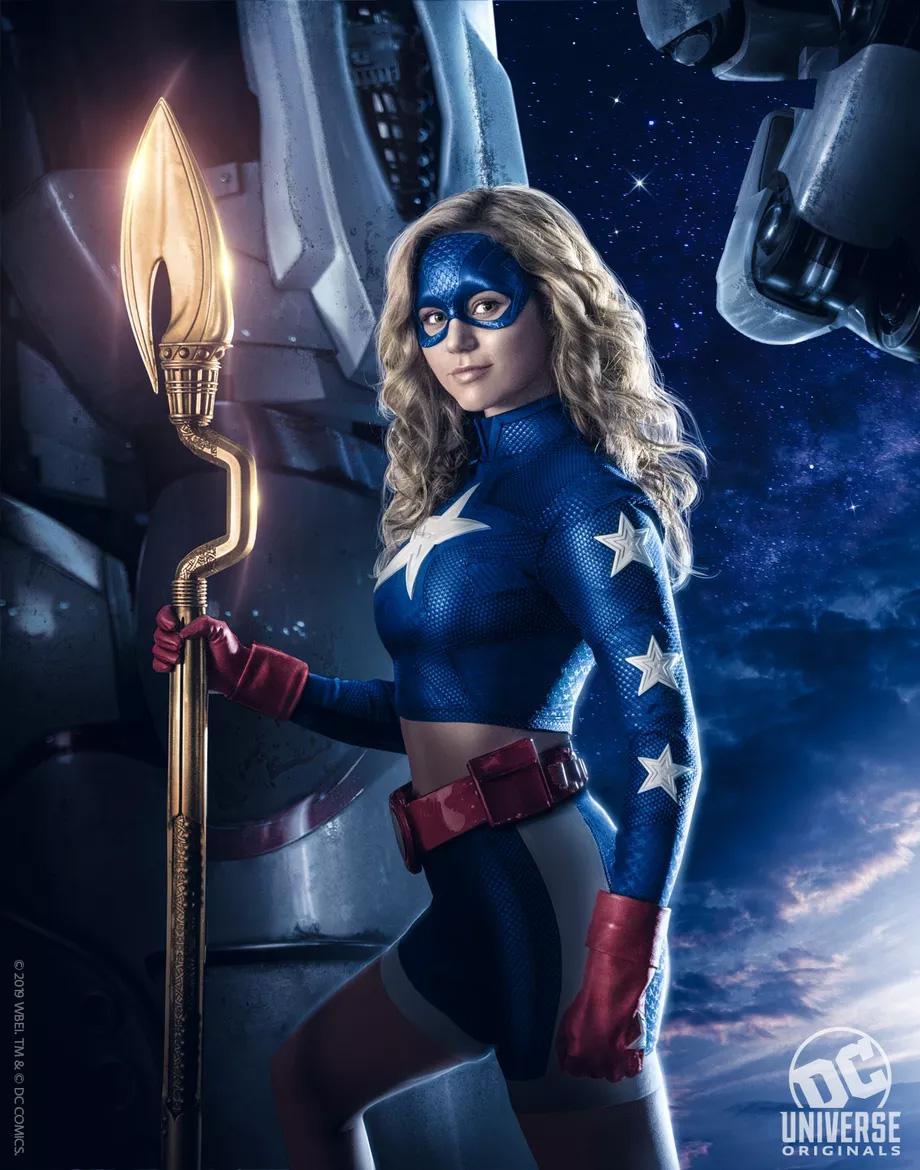 Stargirl is the alternate identity of high school sophomore Courtney Whitmore, stepdaughter of the Star Spangled Kid (she is significantly more popular than him). According to the synopsis, Courtney will “partner up with heroes in the Justice Society of America and battle villains from both the past and present.” The Justice Society predates the Justice League; some time travel is implied here.

There HAVE been live-action Stargirls on television before, albeit in minor roles. She appeared in one early episode of Legends of Tomorrow, played by Sarah Grey, where her costume looked like this: 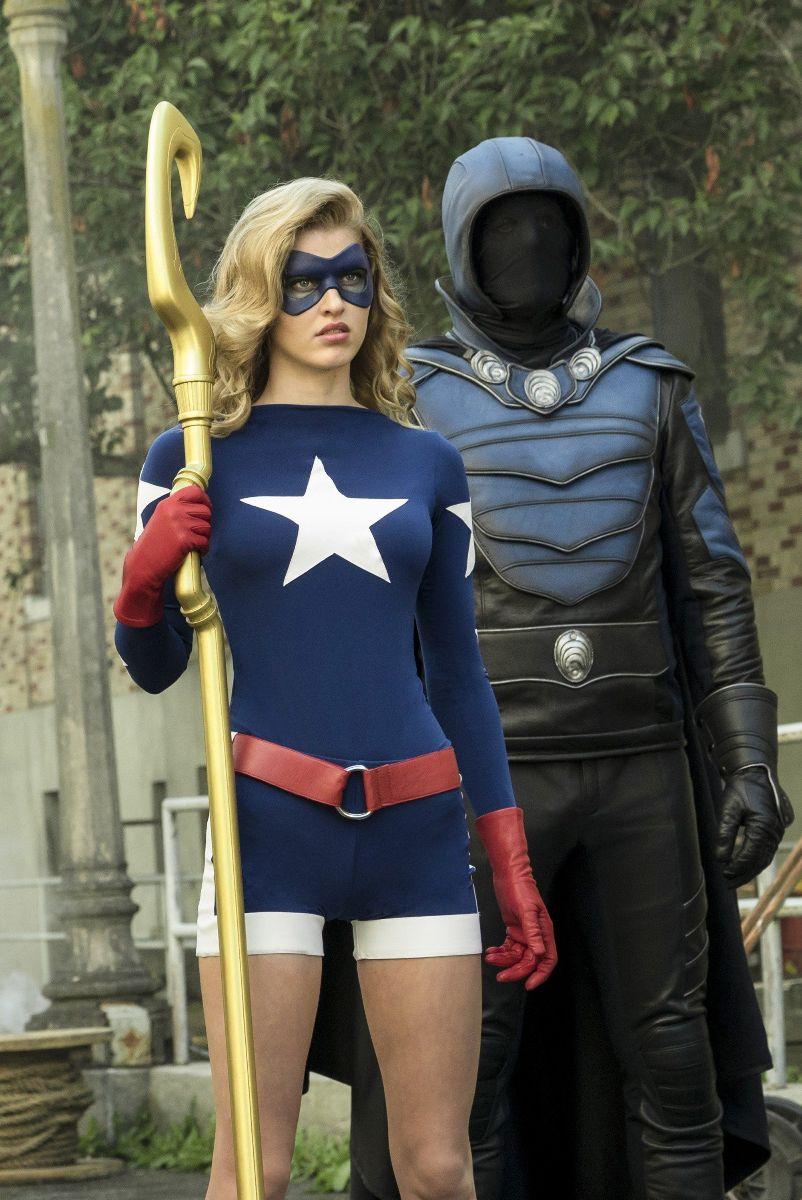 Obviously, less time and money were involved there. Before that, Stargirl made an appearance on a Smallville episode where she was played by Britt Irvine….we don’t have a pic, but her getup likely looked even worse.

The Stargirl series is set to arrive on the DC Universe streaming platform in early 2020. Before then, the DC Universe schedule has the first season of Swamp Thing premiering May 31, 2019, the back half of Young Justice Season 3 appearing on July 2, and season two of Titans arriving sometime this fall.