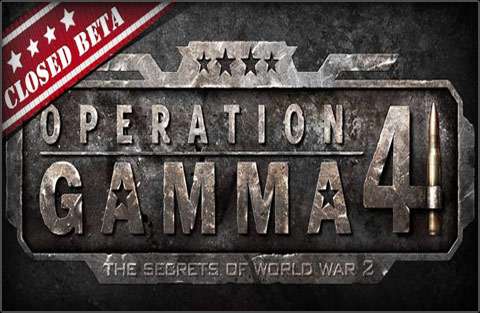 It’s the last call for Beta request for Just a Game Browser Based Strategy Role-Playing Game, Operation Gamma 41. The beta is set to release this Monday, which is the 4th of July.

Hit the jump for more information on the game and on how you can participate in the beta. If you have any questions direct them towards the comment section.

Just A Game, a leading German publisher of PC, Console, Handheld and Mobile interactive entertainment, continues to enhance its international portfolio with the announcement of the open beta date for its new browser based strategy role-playing game, Operation Gamma 41 (http://www.operationgamma41.com/), which will launch next Monday on July 4th, 2011. Players who want a chance to play the game now can still score a closed beta key by visiting the game’s website or one of the participating media outlets who are carrying the exclusive keys.

“It has been so exciting to see players enjoying the experience in Operation Gamma 41 during its closed beta test, and while it isn’t over yet, its stability and addictive gameplay have shown us that it is getting very close to being ready to open the gates and let more players in,” said Volker Dressel, Director of Marketing and Business Development at Just A Game. “Before we jump into open beta though, we invite as many players as possible to come in over the next days and the weekend to give us your feedback as we head towards this great
milestone for the game.”

“Operation Gamma 41 offers a unique, never seen before dynamic storyline: the decisions of all the players on a server have a significant impact on how the story develops and will even change the game itself”,

“The epic tale surrounding some of the secrets of World War 2 can have multiple endings and is underpinned by a complex economy system, interactive battles that offer many tactical options, diverse character development for Commanders and a very sophisticated PvP-System as well as many options for clans and solo players”, Simon Seefeldt concludes.

Players of Operation Gamma 41 will find themselves in the year 1941 when the world is mired in war and players must strategically help to decide the outcome. By administering the development and protection of a newly established base, they take over control of allied or axis units. But it’s not all maintenance, this is war and enemy troops are at the players’ heels. Depending on the chosen side the player will face death squadrons, sabotage, rebel, and special ops units. Base commanders can join forces and capture new territories as well as defend their own as a team. Additionally, high command will contact officers and send them on top secret special missions. These include different kinds of challenges: sneaking into the enemy’s base and stealing construction plans, capturing scientists or destroying strategic production facilities. Finally, just as the war seems at its end, a third force enters the world stage.

Next week the gates to Operation Gamma 41 will open and players will be able to join in the game’s beta without having to apply for a key.

The year of 1941 was the most violent the world had seen to date. The frontlines between the Allied Imperial Forces and the Free Confederation, set in stone for so long, finally collapsed and broke into chaos. Many battles left lone cities surrounded by enemy territory, soldiers with only their closest comrades to rely on and the civilian populace in fear.

It was a time, where every single man willing to face his fears and take command had the chance to make a difference. They would lead their soldiers into the most dreadful battles. They started fortifying the devastated cities to stand their ground. They refused to give up.

Some battles were lost, but the war would wage on, no side willing to give in. However, while cities were burning and young heroes rose to glory, nobody was aware of an entirely different shadow emerging from the ashes of war.

.Three Factions – choose between Allies and Axis factions, and brace yourself for a brutal encounter with an unknown faction.

.Competitive Combat Modes – challenge your enemies in arena duels, single and Co-op mode, conquer their capitals and forge powerful alliances with your friends.

Players can find more information and become a recruit at
www.operationgamma41.com