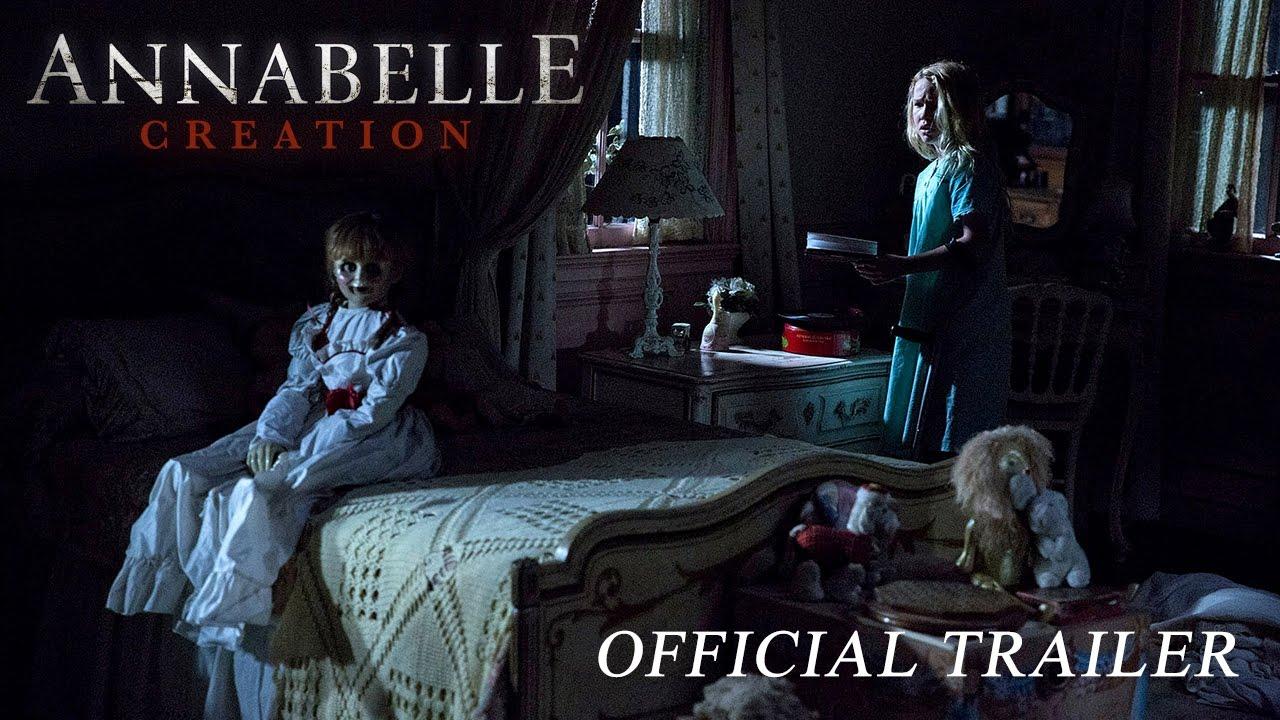 James Wan’s Conjuring movies have been one of modern horror’s few financial success stories, so naturally Warner Bros. wants to keep that gravy train going by franchising the concept as hard as it can. Thus we get these spinoff movies focused on Annabelle, the evil haunted doll seen in the original Conjuring.

Annabelle’s second solo feature, subtitled Creation, is a prequel to the first Annabelle (itself a prequel to Conjuring 1). One of the biggest logic gaps with “evil doll” movies is that the dolls usually look so creepy that it’s impossible to believe they would be created for children. You don’t have to wait for the movie to learn how and why someone would make a doll with a face like Annabelle’s — they state in the trailer she isn’t the product of a toy manufacturer. Rather, she’s what happened when a couple tragically lost their daughter and used Bad Voodoo to channel her spirit into a figure built for that purpose.

That explains why Annabelle looks so screwed up, but not why she’s evil. She just is, I guess. There’s a “real” Annabelle doll, from the legend/hoax that inspired the movie, and it happens to be a Raggedy Ann. You might think you can’t make a Raggedy Ann look scary, but you can if you encase it in glass and surround it with hand-scrawled signs that say “DO NOT TOUCH UNDER ANY CIRCUMSTANCES.”

Now the author who popularized the Annabelle tourist attraction is suing Warner Bros. for a cut of the Conjuring profits, and part of his suit would require that Annabelle: Creation never actually comes out. If he’s successful, you could be looking at a vapor trailer here, but it looks like a repeat of Annabelle 1 anyway.

Harry Potter And The Cursed Child Could Be Turned Into A...