Michael Myers is coming back! A new Halloween movie is due this October, and USA Today published some exclusive screenshots today. 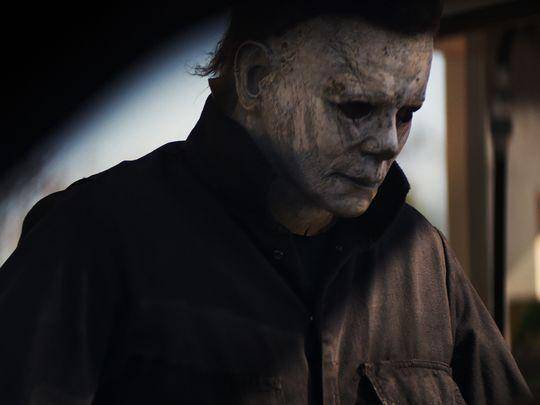 Mike’s got a new mask. Or perhaps it’s the old mask, weathered forty years. Yup, it’s been four decades since he first picked up the knife, and a lot has changed since then — but one thing hasn’t. Laurie Strode is still alive and kicking. Mike will have to do something about that. 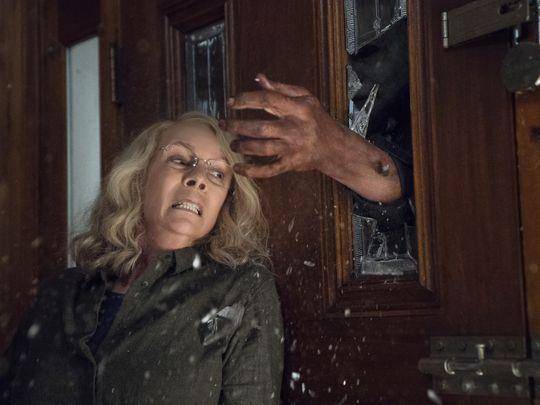 “Wait,” you might say, “didn’t Laurie die in one of those later Halloween movies nobody cares about?” Yeah, but….you just answered your own question. If nobody cares about those bad sequels, why don’t we just forget them? They never happened. Now Jamie Lee Curtis is back in the role that made her famous.

Curtis informed USA Today that Laurie is ready for the fight. “She is well-matched, she is prepared, she is focused. She will be the one people are standing behind when that moment comes, because she’s the one ready.”

Myers has been in jail all this time, but Strode doesn’t believe for a minute he will always remain there. She’s never forgotten him and, since she has an extended family now, her obsession is affecting them. “We’re being very honest and truthful about that, how it would affect the upbringing of her daughter, who has a lot of conflicts because of her mother’s obsession with this incident, and her granddaughter, who’s trying to connect [with Laurie],” says director David Gordon Green. 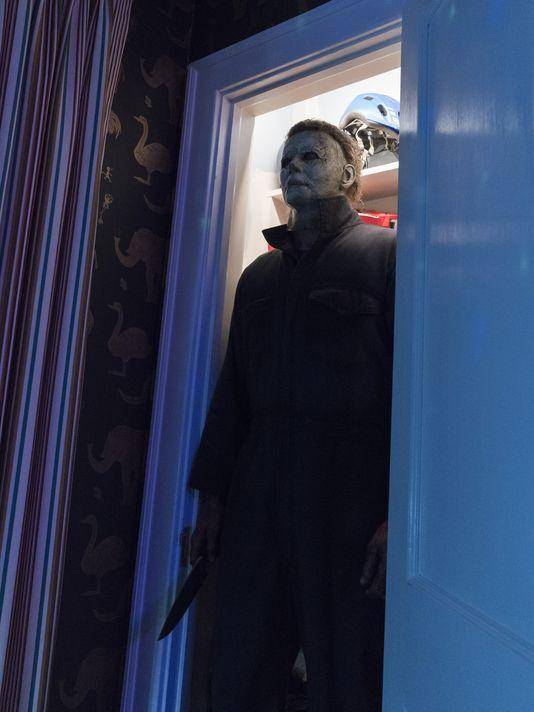 Even if there’s a light in your closet, Mike will probably be hiding in it anyway, so…pleasant dreams. The new Halloween premieres in theaters October 19.