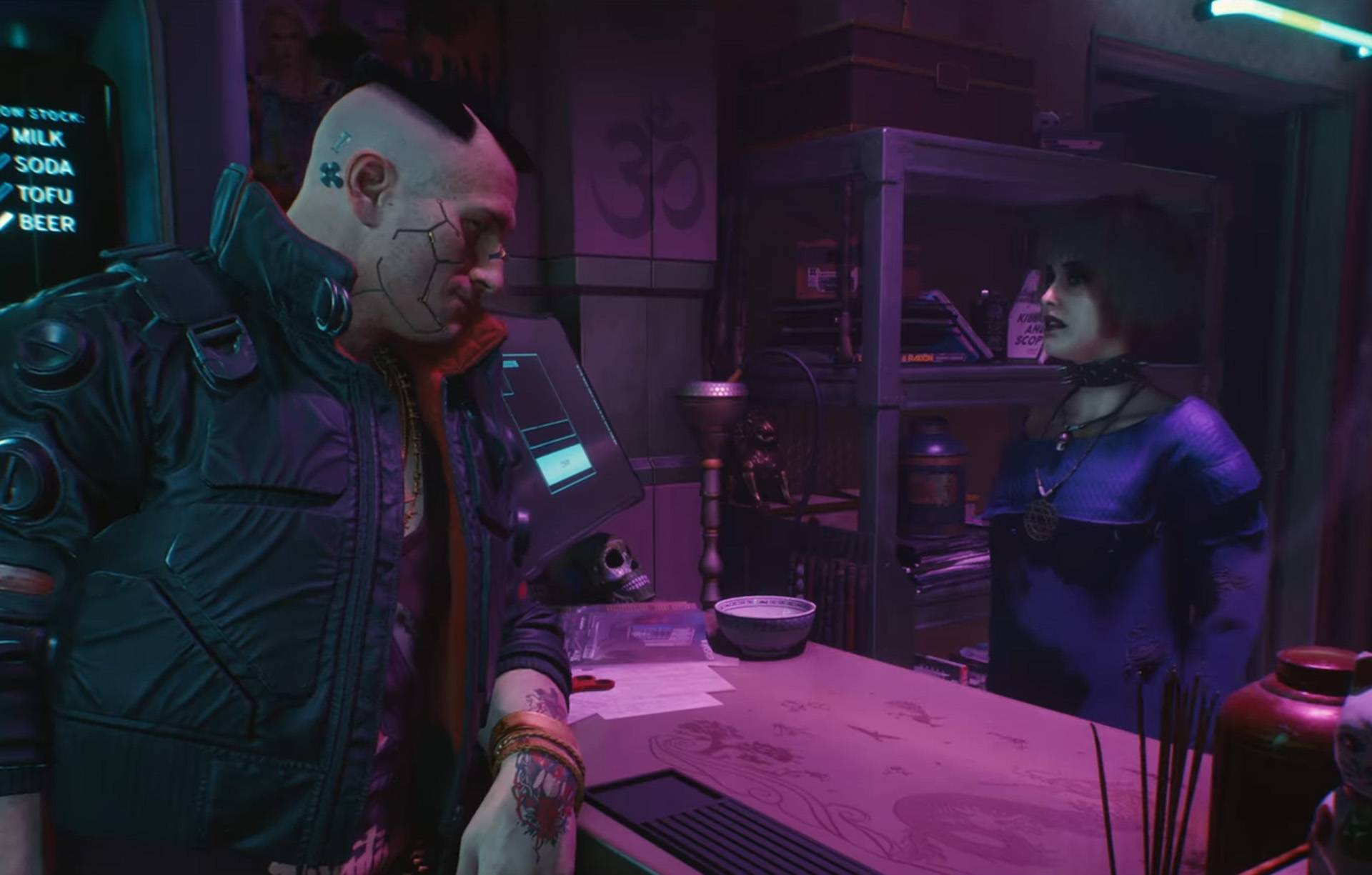 The good news is we got another Cyberpunk 2077 trailer today. The bad news is, it doesn’t market the game quite as well as the last few have.

If this was the first look we ever got at Cyberpunk 2077, we would think the game must be some kind of first-person low-rent GTA clone. The below two minutes are nothing but wall-to-wall sex and violence, urban tough guys, guns and foul language. EDGY, BRO! i know this is set in the future, but we feel like we’ve been transported back in video game history at least ten years.

CDPR says, though, that everything we’re seeing is merely from the game’s prologue. All this happens in the first few minutes?

The man in the mirror is V, the cyborg outlaw you’ll be controlling in the game. And we saw a lot more of the ACTUAL game in the livestream CDPR held after the trailer’s reveal. They showed off a new feature called a BD, or a “brain dance,” that’s adapted directly from the Cyberpunk tabletop game. Basically, V has the power to tap into an NPC’s mind and access their memories. Through this power, he can figure out information no one will tell him, and use it to solve mysteries and puzzles.

CDPR also revealed today the game isn’t the only Cyberpunk 2077 thing coming our way. They’ve entered a partnership with Studio Trigger to produce an anime called Cyberpunk: Edgerunners. Its first season will be ten episodes long and will show up on Netflix in 2022.

But the game is what we’re all waiting for, and barring any more delays (we hope not), it should be in our hands November 19. It’s for Playstation 4, XBox One and PC, but it will be “forwards compatible” with PS5 and XBox Series X.

Another Report Of A New Switch Model

Kingdom Under Fire: The Crusaders Arrives on Feb 28th for PC