From the very first instance of starting up Metrico, it is clear that it is a very minimalist experience. The visuals are sparse, the controls simplified, and the gameplay rather basic. Even the entire premise of the title is minimal, with you being charged with manipulating the world to overcome obstacles using your own movement as the catalyst. While this might sound like a very compelling experience, Metrico ends up being a charming and challenging game that impresses with its subtle presentation and difficult puzzles.

The game instantly throws you into the first of six levels without any real instruction or tutorial. Instead of listening to directions, you simply have to discover how your actions interact with the world and control obstacles. Some will move as you jump, others will slide into new positions when you travel to the left. Each area is different and requires you to experiment with exactly how you move around until you get to the right answer. 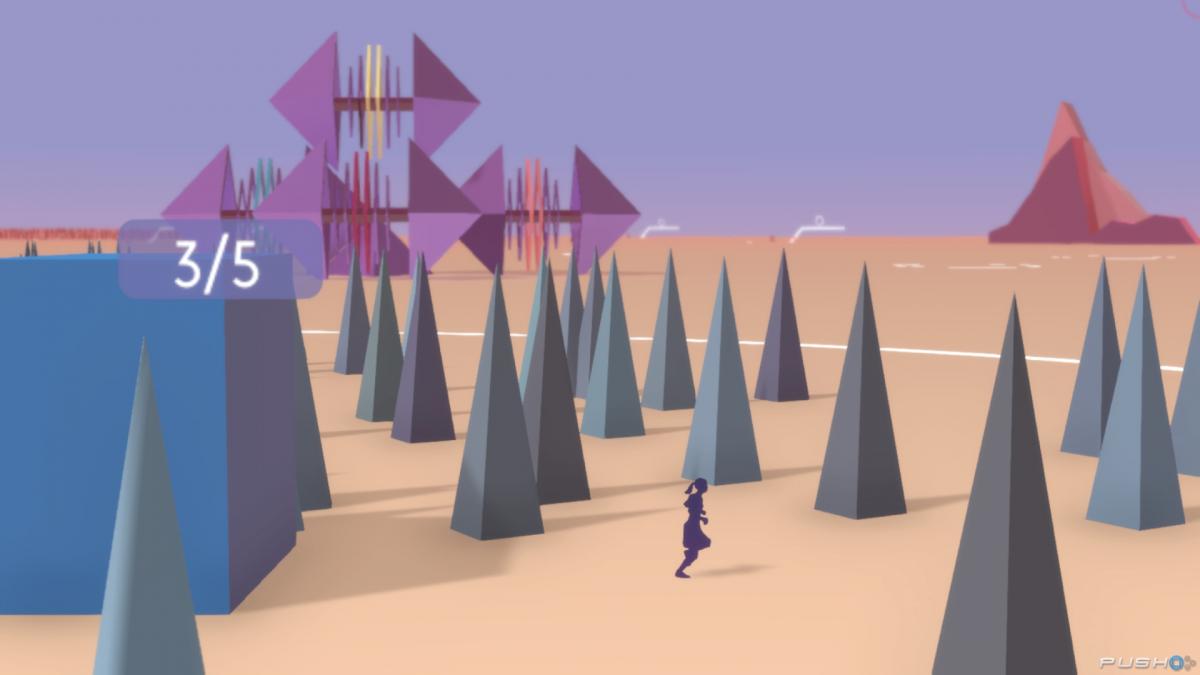 It strikes a careful balance between not telling you what to do but also not just leaving it to trial and error for you to be able to move on to the next challenge. A godsend considering how every input of your controller influences the world around you. Even when each world introduces a new ability or power for you to utilize, the simplicity of the gameplay remains even if the puzzles do become slightly more elaborate.

The developers have also introduced a well-though out checkpoint system that essentially allows you to restart a particular puzzle at any time without too much delay – an important aspect in these types of games where you might have to try lots of different combinations. While it may sound like a basic feature it is vital to stop frustration boiling over and is something that many titles still don’t implement properly.

One of the only main criticisms of the game is that it is fairly short. It is perfectly possible to complete all six levels in a few hours and there are no alternative modes to freshen things up once everything has been finished. Fortunately, the developer has gone to some efforts to remedy this issue. Firstly, there are a number of collectibles to be found in each of the levels that will occupy some extra time in finding them, thanks to the fact they are often hidden in surprising ways. 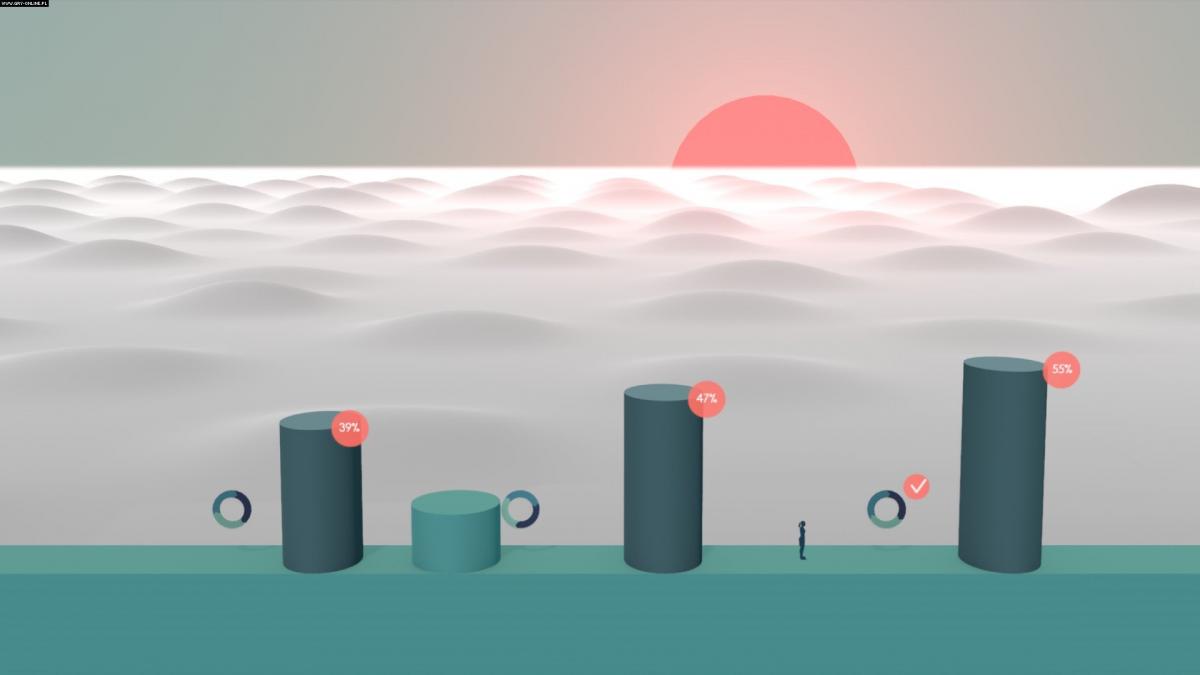 The other major way that the makers have tried to extend the life of Metrico is with their achievements. There are rewards tied to beating each level within a set period of time and also for beating a level under certain specific circumstances. These range from not dying throughout your run or finishing a stage while only jumping a certain number of times. The achievements tied to speed running and the special limitations are all equally challenging, forcing you to think even harder about how you will progress past each obstacle. Though, these are obviously only an incentive for achievement junkies.

There’s also no story of any kind, so if you can only play games that have some sort of narrative then you will be disappointed with Metrico. I don’t personally believe the game suffers any negative effects from its lack of plot, and many puzzlers also eschew a story in favor of focusing on the puzzles.

In terms of presentation, it strikes exactly the right tone for the game as a whole. It is difficult to describe other than to say that it is like a statistician’s dream, a sort of presentation with pie charts and graphs that have been brought beautifully to life. With a delicate color scheme and barebones design, it invites you into the world without overwhelming. It also changes seamlessly as you progress, with the different shapes changing form and growing as you move past them. 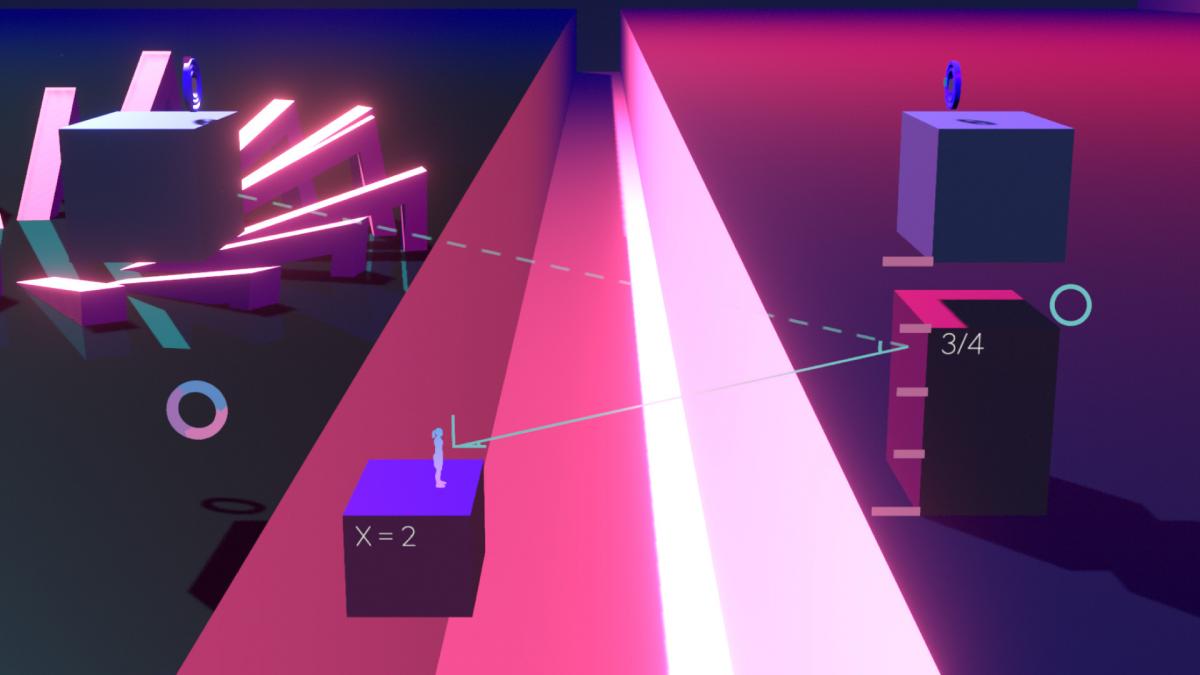 Metrico ends up being a nice blend of a puzzler and a platformer set in a world of infographics that will appeal to a wide range of players. While creative thinking and problem solving skills will definitely be taxed throughout, this game is more about discovery – of both the world around you and how you interact with everything you see. It is undoubtedly a distinctive and quality game that deserves your attention.

This review was based on a digital copy of the game that was provided by the publisher for review purposes. Metrico+ is available on the Xbox One for $13.99.