Last year, IDW Games announced they were working with Konami on the creation of a Metal Gear Solid tabletop game. Said game was originally intended to be released this summer, but it’s been hit with several delays, and the latest — announced today — will push the game’s release into the summer of 2021.

Supporting one to four players, the Metal Gear Solid board game will let you and your friends step into the roles of Solid Snake and his allies, sneaking stealthily through twelve missions with the fate of the world at stake. You’ll have several strategy options at your disposal…you can choose to sneak around guards, or quietly dispatch them. You can use Otacon’s hacking skills to disable lasers, cameras, and reroute the paths of guards. Or you can play as “that ninja” and just make your way through haphazardly with your sword.

“We will not compromise our standards for the quality of game our community deserves,” said IGN in a public statement regarding the delay. “We are steadfastly committed to working with acclaimed designer Emerson Matsuuchi to bring his vision for this title to life on the tabletop no matter how much time it takes.”

Whenever the Metal Gear Solid Board Game is released, it will come with 29 miniatures of the series’ iconic characters, 123 game cards in 17 different decks, eight Boss encounter cards, four Hero boards, three punch boards with over 200 tokens, a thick campaign story book, and a book for VR missions and rules. The Day 1 edition will pack in even more, including miniatures of tanks, helicopters, and two little cardboard boxes.

Preorders for the Metal Gear Solid Board Game are still open at IDW’s website, but understand it will be a long wait. All preorders made up to this point are still good. 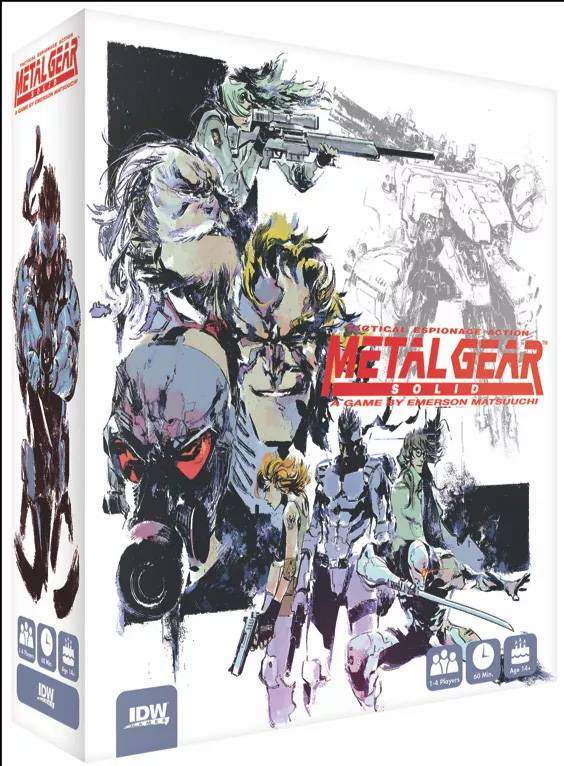