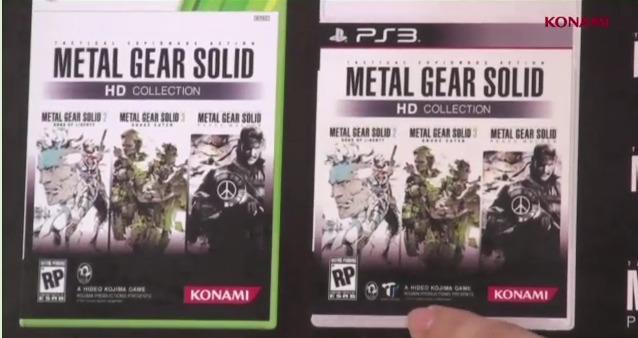 Today at Konami Pre-E3 event, Kojima, announced for both PS3 and Xbox 360 a MGS and Zone of Enders HD collection. No release date is set yet, but both versions will support trophies/achievements and will be in HD. As for the PS3 version of Peacewalker it will support save transfer, HOWEVER, this is not part of the PSP remaster series that was revealed by Sony late last month. Hit the jump for additional information on both games and don’t forget to comment.

Metal Gear overlord Hideo Kojima pointed out that while Peace Walker is part of the Metal Gear Solid HD collection, it is not part of the PSP Remaster series.

Another feature both collections support is Kojima’s new “lifestyle” called “Transferring.” That is not a typo — Transferring. Using this system, PlayStation players can have one save that works with PS3 and PSP copies of certain games. Konami announced Metal Gear Solid: Peace Walker as the first (and so far only) Transferring capable title. Start your Peace Walker game on the PS3, copy the save to the PSP, play on the go, and then copy it back to the PS3 to pick up where you left off.