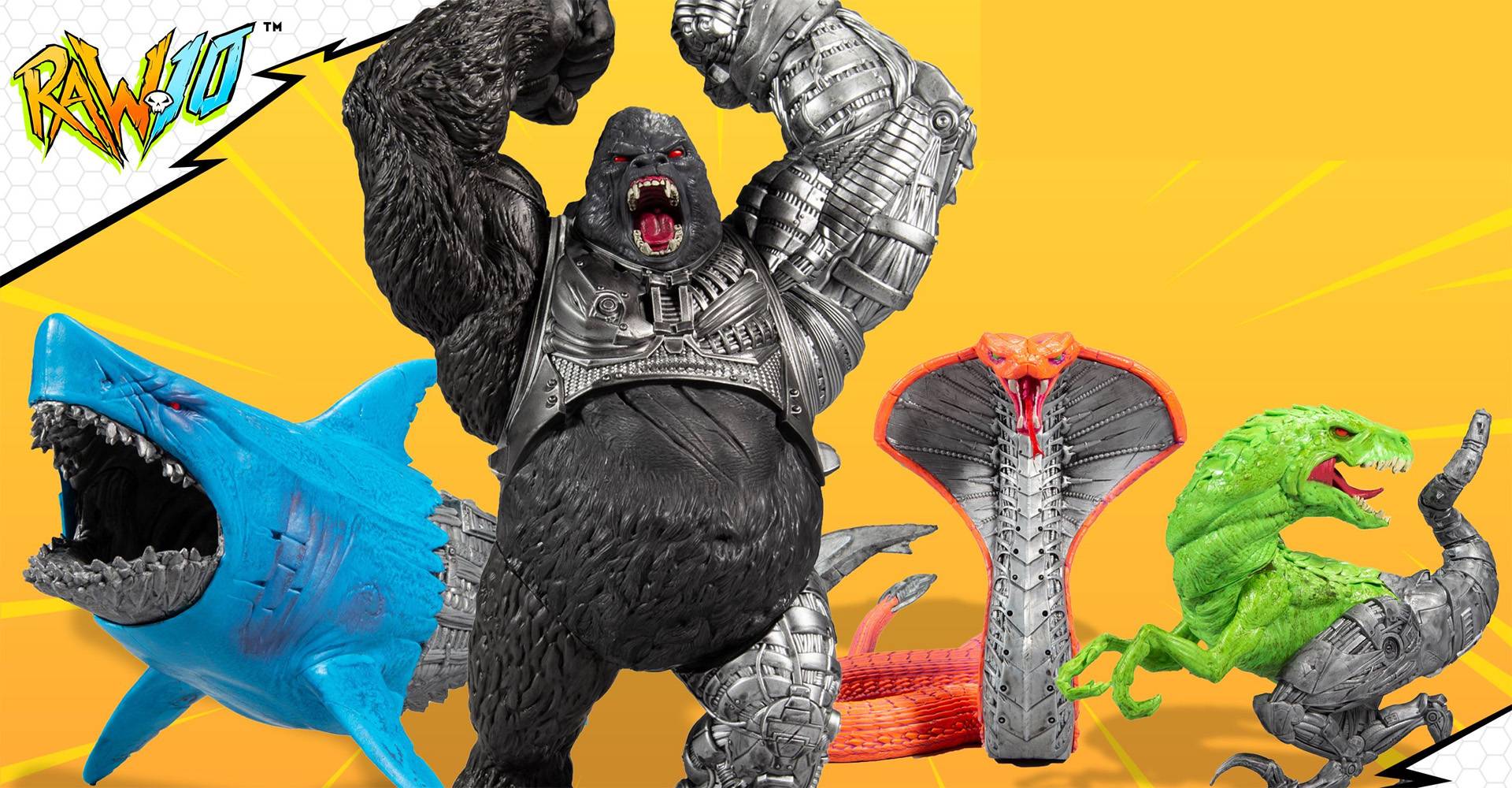 Todd McFarlane has made quite a name for himself not just as a comic book artist, but as a toy designer. The McFarlane Toys brand always attracts an audience of collectors, which is why they’ll be surprised to learn to get Todd’s latest line of creatures, they’ll have to beat a path to….Wal-Mart.

Todd is aiming at a wider audience with this one. RAW10 is a line of figures designed for both kids and adults, which will come with its own accompanying online comic series fleshing out its lore. (If this were 1993, they would have their own syndicated cartoon show for that purpose.)

What’s RAW10? In-universe, it’s the name of the secret laboratory that conducted illegal experiments to create a fearsome army to conquer the world. Part beast and part robot, these animal cyborgs pack awesome power and plenty of McFarlane ‘tude, but they want nothing to do with the evil scientists who created them…they’re now trying to save the world from RAW10.

The figures include CY-GOR the gorilla, FREN-Z the shark, RAPTAR the velociraptor, and BATTLESNAKE the cobra. Each set comes with moveable parts and a mini-comic poster. The 90s toy aisles were stuffed with figures like RAW10. We’ll see if they can make a comeback.

“I’m excited to get back to creating and designing creature and monster toys,” says McFarlane. “Fans, collectors and kids alike can enjoy the new RAW10 world, upcoming online RAW10 comic series and collecting all the creatures.”

The first four RAW10 figures will be available at Wal-Mart stores and online at Walmart.com starting August 1.