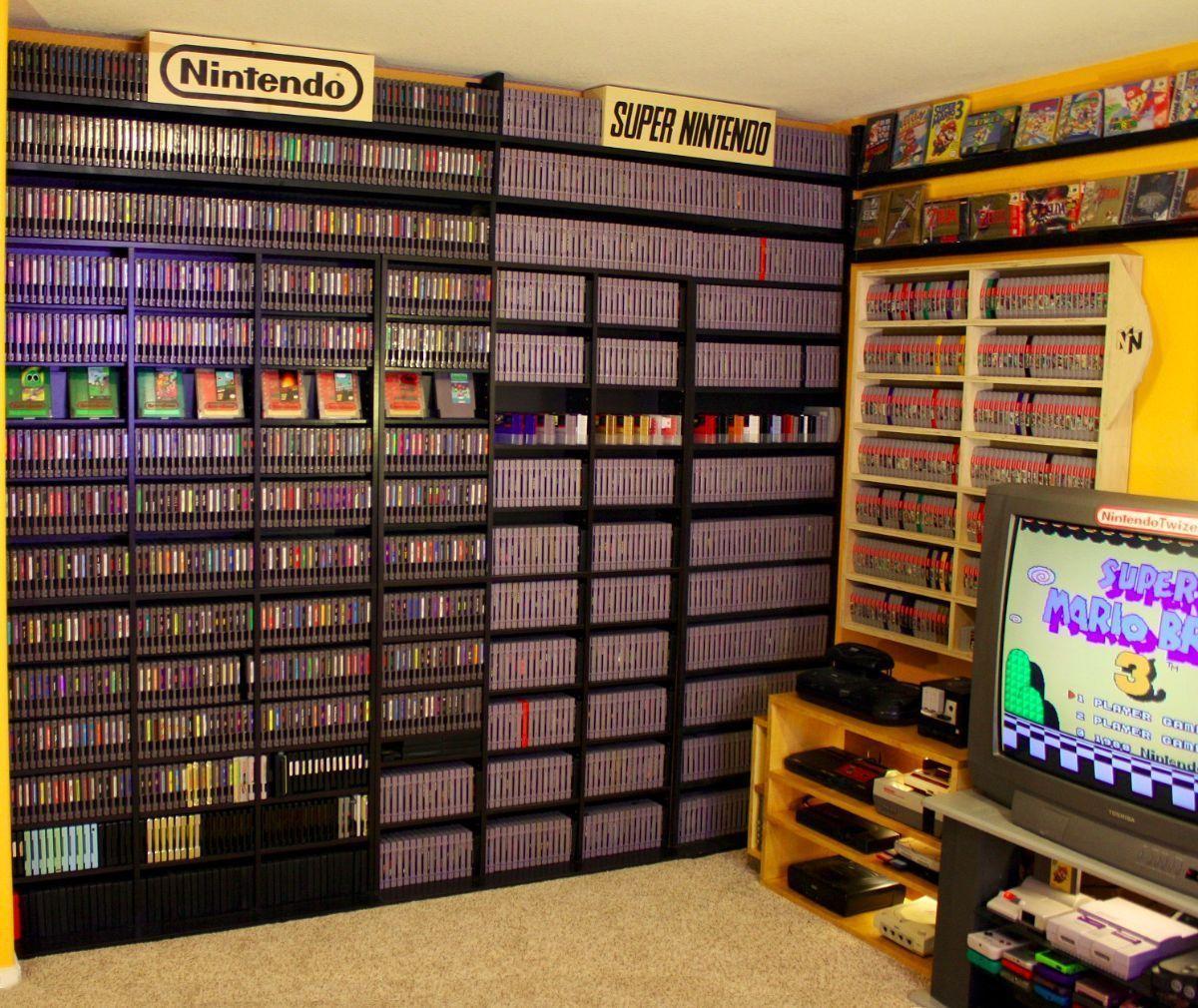 An eBay seller, known as reel.big.fish, is selling a huge video game collection for $164,000. That might sound steep at first but it’s important to realize this is not your typical collection of video games, in fact it is probably one of the most complete ever assembled by a single person. The listing on eBay states that there are over 5700 titles in the collection spanning across 50 different systems. The video above shows off the collection in its full glory but you can read on for more details on what exactly is included – just in case you have the spare money to buy it.

Titles included span the 80s, 90s and even into the 2000s, although the vast majority of the games are from what is considered the ‘Golden Age’ of gaming. The seller claims to have virtually complete collections of every Nintendo console from 1985 to 2000, with 835 NES games, 744 SNES games and 319 Nintendo 64 games. Combined with the rest of the consoles from the Japanese publisher, such as the GameCube, GameBoy and VirtualBoy, the total of Nintendo titles included rises to over 4000.

Other systems that also come with the listing are the Sega Master System, Sega Genesis, Sega Saturn, Dreamcast, PlayStation 1, PlayStation 2, PlayStation 3, PSP, PS VITA, Xbox, Xbox 360, Atari 2600 and the Atari 7800. As an added bonus the collection also comes with several limited edition items such as framed versions of the first and last issue of Nintendo Power and a print of ‘Nobody wants to Play Sega with Harrison Ford’ signed by the artist Brandon Bird. Reel.big.fish has also put in some of his own creations into the listing such as a custom-made Nintendo Zapper Lamp.

The seller has no intention of splitting up this collection though so if you are interested you will have to go all out and buy everything. Everything seems to be in a good condition and all the carts and discs look like they will be have been well looked after as they are stored securely. The full list of everything in the collection can be viewed at this Google Doc.