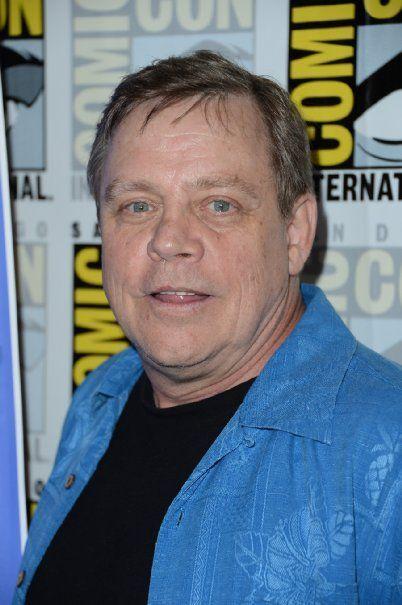 You’d think Luke Skywalker himself would be hyping the Star Wars reunion film he’s in to the (that’s not a) moon, but that’s not the case.

Instead, Mark Hamill is managing expectations in a recent interview with the Hero Complex blog. The image below is appropriate. It’s not that Hamill is saying the J.J. Abram’s attempt Star Wars: The Force Awakens will be a bad film, in fact he says it’s exciting because it’s the first of the films to be made by the Star Wars fan generation. It’s just that he thinks that attempts to get leaks and scoops about it, to the point where the cast has to wear robes to avoid picture taking drones, are insane.

“I’m telling you, it’s just a movie. These people that build it up in their minds like it’s going to be the second coming of, I don’t know what — they’re bound to be disappointed,” Hamill said.

Instead of obsessing about Star Wars, which isn’t out until Dec. 18, he suggests instead that fans “forget about it [and] look forward to all the summer movies.”