Mari Shimazaki is a videogame character designing genius. She knows how to make characters women will like to cosplay and men will like to play us. Her Most popular character creation of all time has been Bayonetta. The creator of the game wanted a sexy Witch character who can match Dante from Devil May Cry’s popularity. Even if sex-negative feminists hate her designs, her characters have a popular female fanbase. The following Photos belong to Mari Shimazaki’s blog.

Here is the Bayonetta, the character that puts her on the gaming map. Bayonetta is  Mari Shimazaki’s magnum opus. 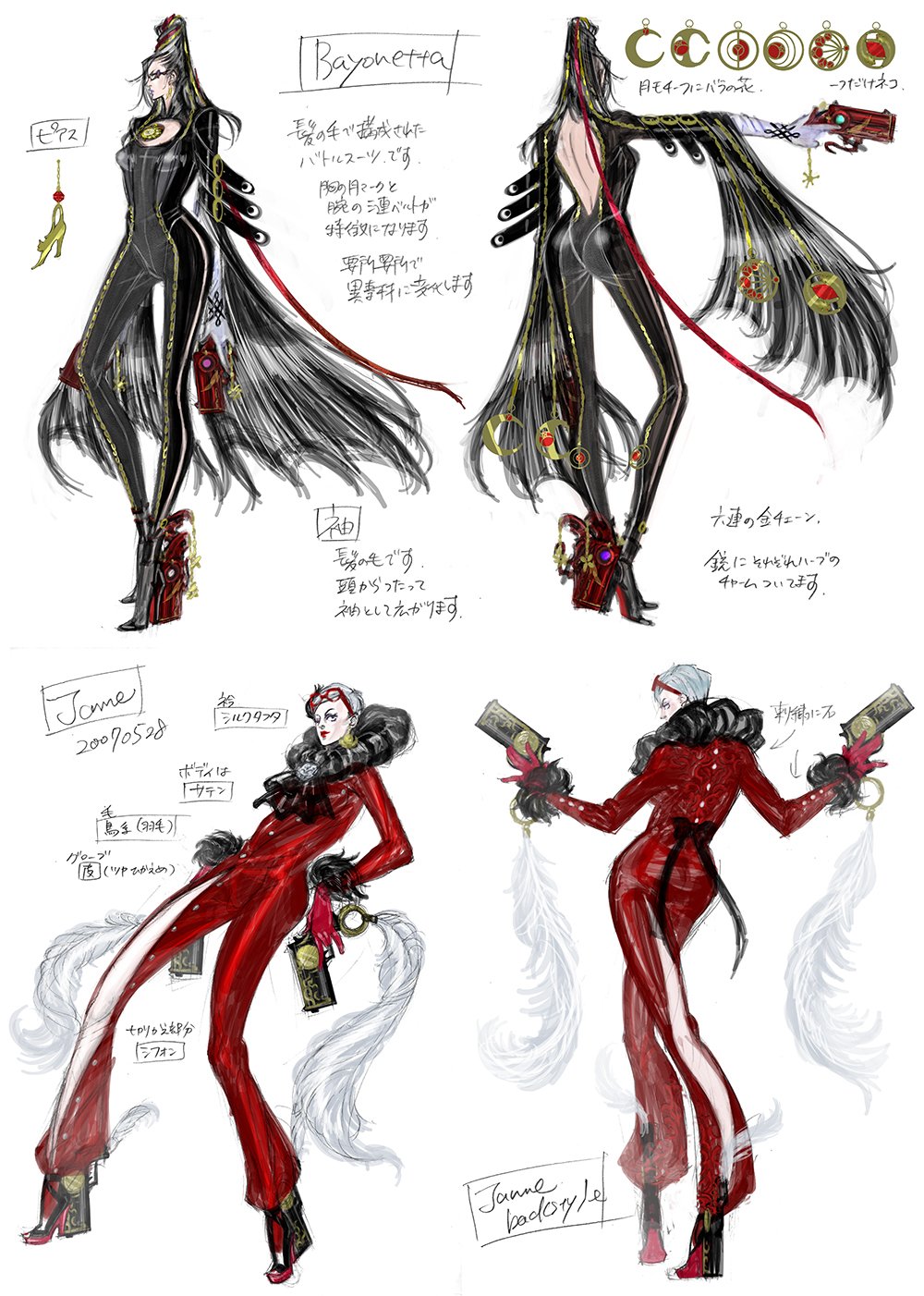 Here are Mari’s concepts for the other Bayonetta characters, You can see how many details she puts into her work. Bayonetta’s friend and Rival, Jean is given short hair and she is made to look like the fashion icon Twiggy.

Male protagonists of Hack and Slash games tend to wear Capes and long coats. Bayonetta is designed to be sexy. A coat or a cape will cover up her curves.

A cape will cover her long legs and the skin of her backless outfit but she compromised by giving her sleeves on her arms instead.

In Bayonetta 2, she made a Switcheroo. Bayonetta now have shorter hair and Jeanne have the longer weave. 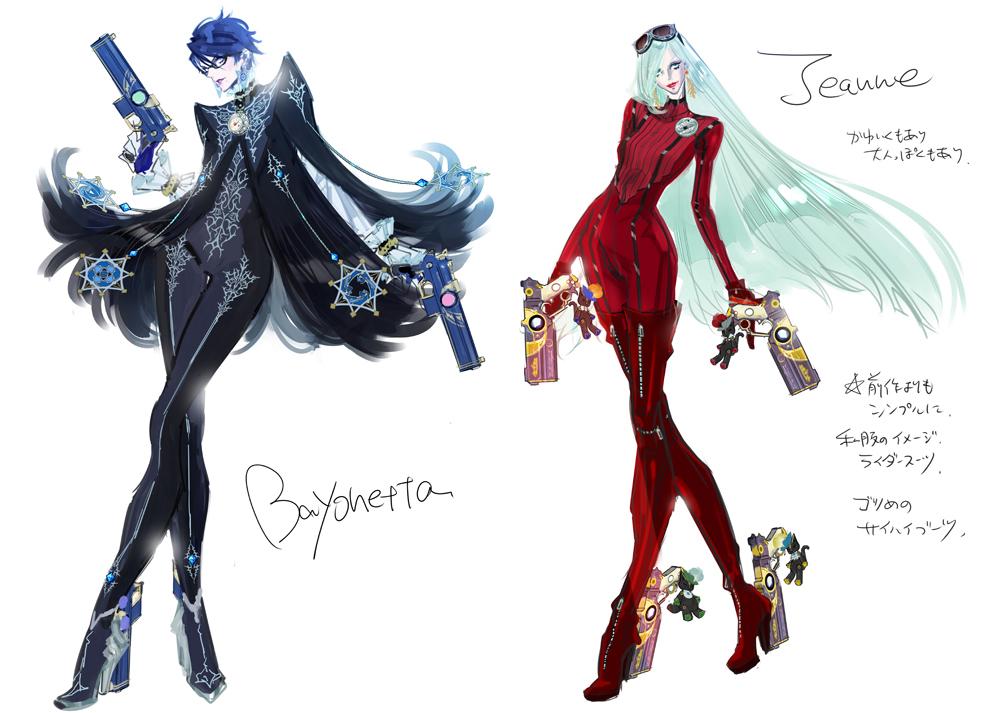 Mari Shimazaki confirmed she also designed characters for the third installment of the game.

[BAYONETTA3]
This time as well,
I'm in charge of character design and various other things.
Please look forward to.
Lets'dance boys! https://t.co/OuDz57HTlY

Aside from Bayonetta, she is also responsible for the creation of Tekken 7 characters Josie Rizal and Kazumi Mishima. Kazumi Mishima is the final boss of Tekken 7, she is the wife of Heihachi Mishima and mother of Kazuya Mishima.Mari captured her regalness and class.

Her other Tekken character is Josie Rizal, A Kickboxer from the Philippines. The Philippines rarely get representation in Japanese media. She modernized the Baro’t Saya, the national costume of the Philippines, and gave it the colors of the country’s flag.

Kimmy Howell returned in No More Heroes 3 but not as a little girl assassin but as an adult woman. 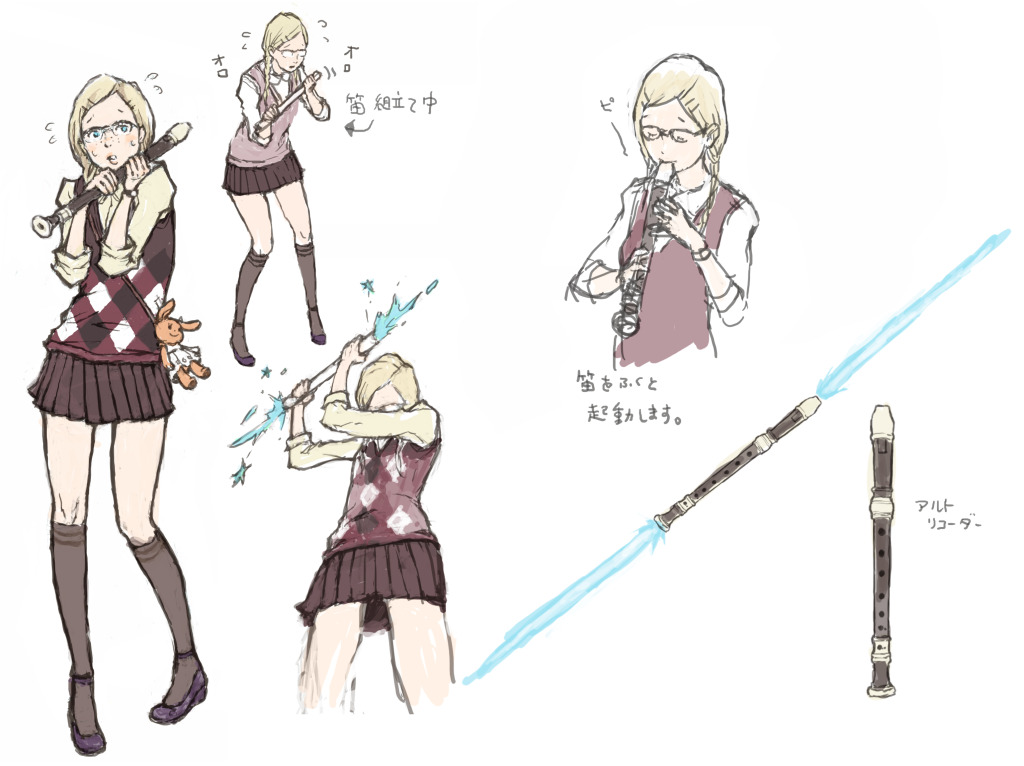 Bayonetta 3 had a teaser back in 2018 but it confused the fans. Bayonetta wears her classic outfit and she struggles fighting an unknown enemy. That teaser now makes sense with the actual trailer in Bayonetta 3. Fans are theorizing that the Classic version of her died. So who is

Suda51 said No more Heroes III is the end of the series?

No More Heroes III is already out on the Nintendo Switch. I have a very busy life but I slowed down because I want to play this game. A decade of waiting has been worth it.  Before the release of this sequel, I played every game in the series including

Whatever happened to Bayonetta 3?

In 2017, Platinum games teased us with this teaser for Bayonetta 3.     Fans are still excited about this Nintendo Switch exclusive.   The Bayonetta Franchise is a spiritual successor to Devil May Cry. During the release of the first game, Devil May Cry is a dormant series. Now

No more heroes 1 and 2 coming to PC

Last year the trailer of No More heroes III was released. The trailer shows no trace of Travis Touchdown. Only a little boy named Damon and Fu, an alien who looks adorable. The graphics and narrative look like a cross between A Studio Ghibli film and E.T. He took