It’s a wrap on Kung Fu Ghost! The indie martial arts comedy has finished shooting and now its existence is inevitable. You can thank Jennifer N. Linch, who made the film her personal pet project. She directed it, starred in it, and she’s the founder and CEO of the company making it, Nameless Studio.

Since filming is done, Linch has handed us the first-ever screenshots of Kung-Fu Ghost. See what you think of her acrobatics…. 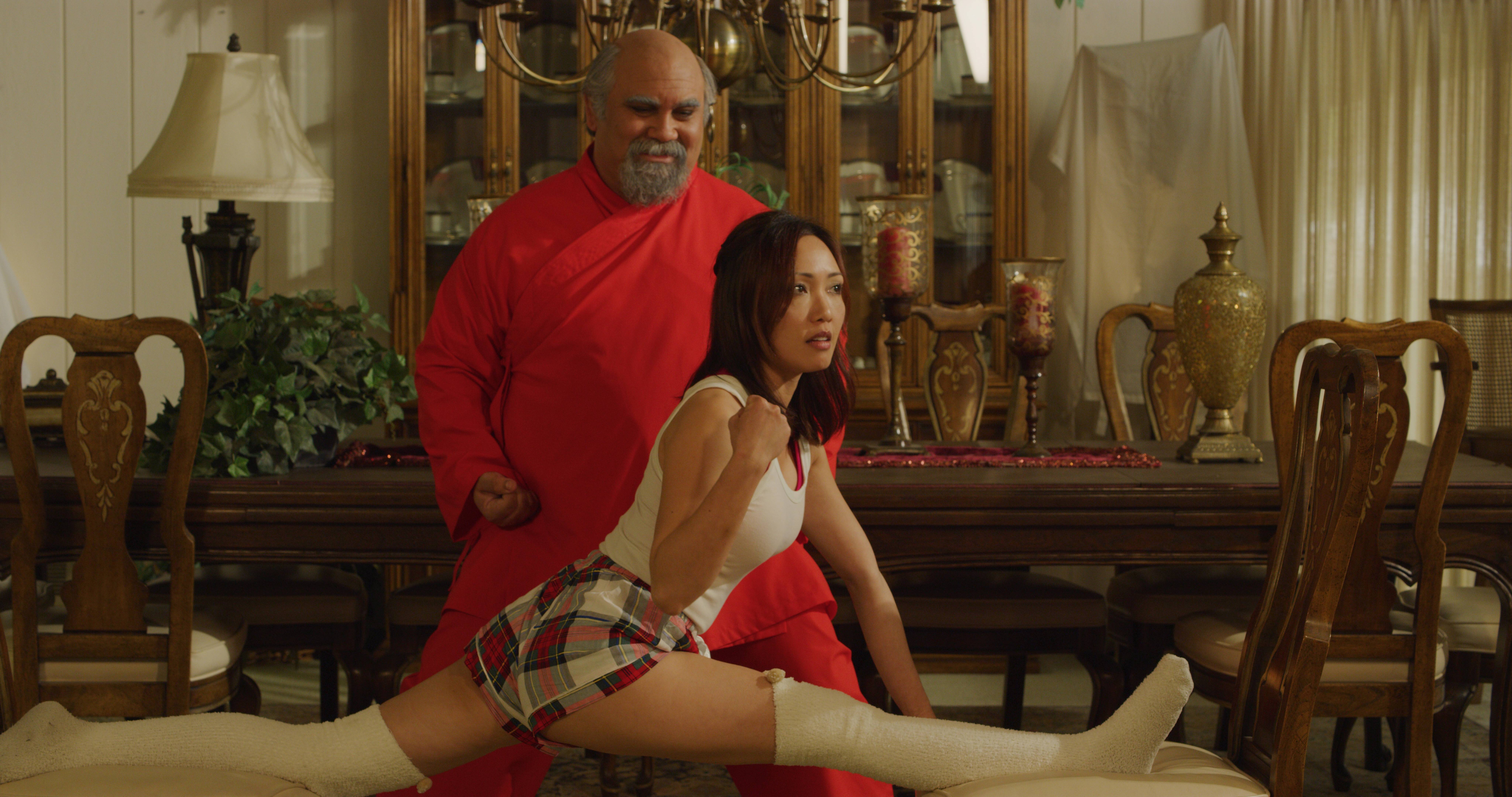 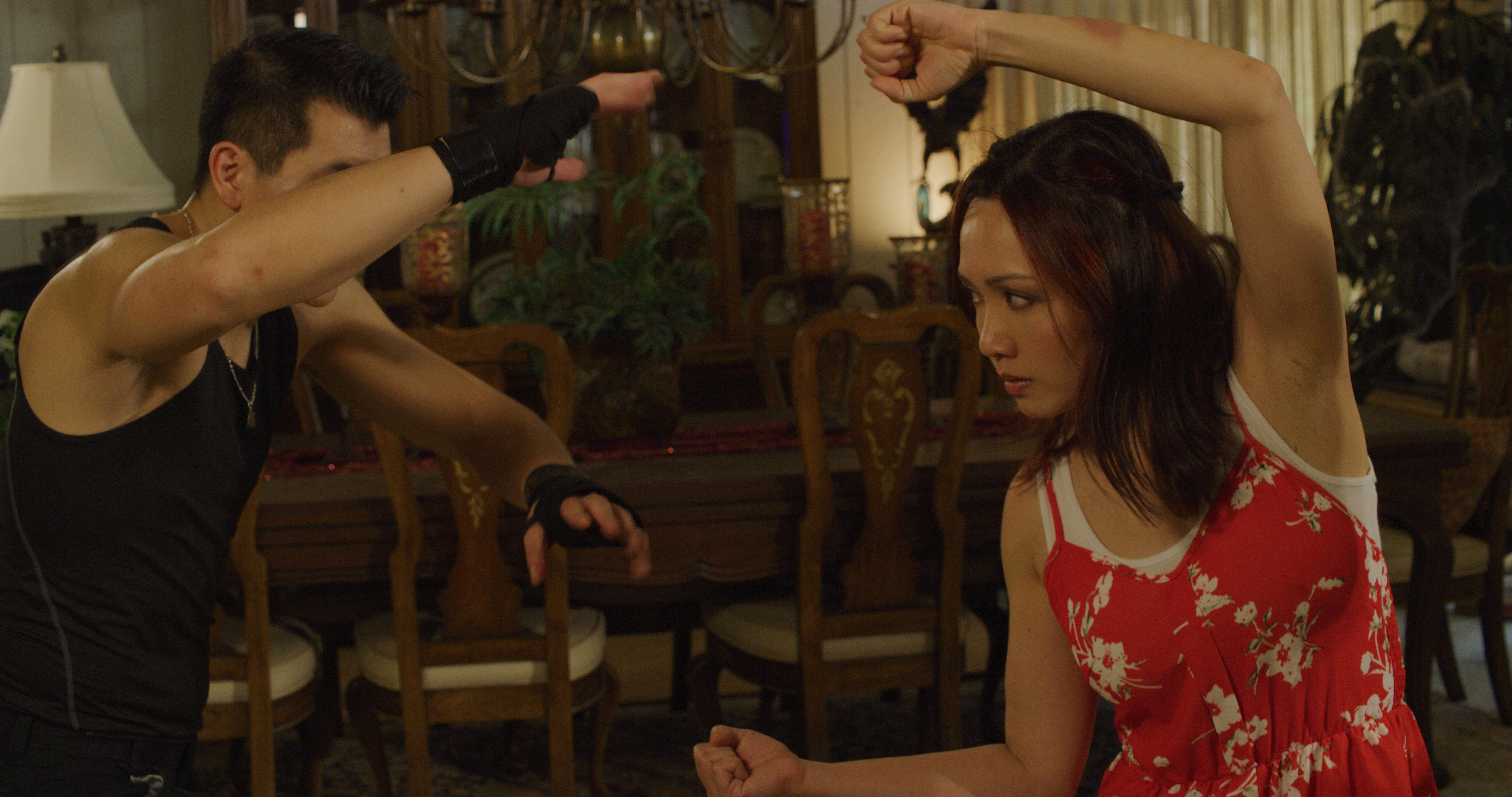 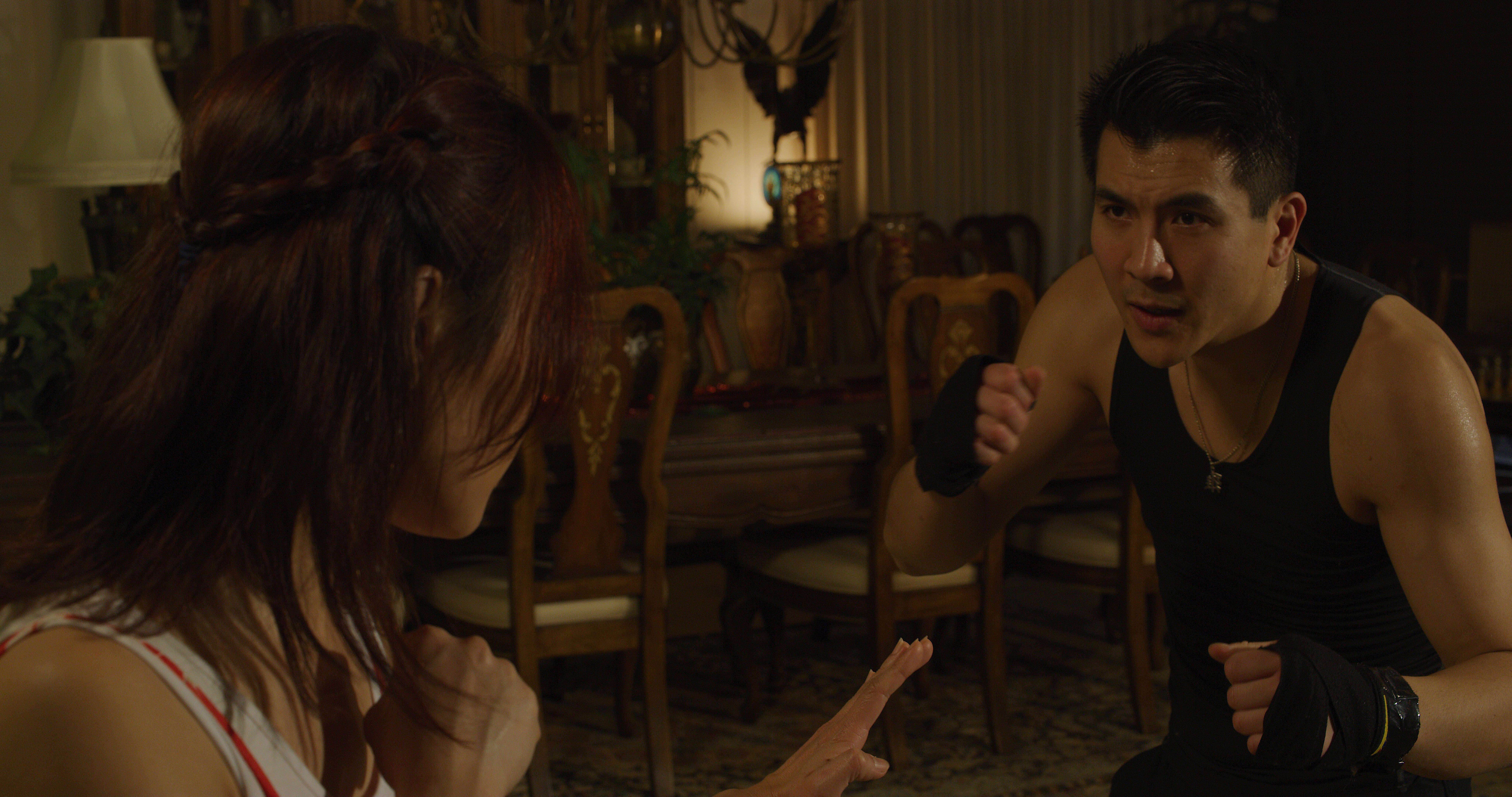 Linch plays Daisy, a woman who just inherited a spooky old mansion from her recently deceased grandfather. When Daisy travels to the mansion, she finds Granddad waiting right there for her — well, his ghost, anyway. In his time, he was a great martial arts master, and his afterlife mission is to pass on his skills to Daisy. She’s going to need them sooner than she thinks, as a gang of thieves descends on the mansion to rob it of its valuables.

“I love and train in martial arts and I love comedy, and as a filmmaker, I just want to make a film that even just one or two people can laugh with and have fun watching,” said Linch. “I am proud to finally have the resources I need to take the initiative and make Kung Fu Ghost happen. The most important thing, however, is that when you’re seeing the movie, that you have some wings and beer handy!”

Other people that worked on the film besides Linch include Robert Brooke Eldridge as Producer, Joe D’Amato as Executive Producer. Jerome Dolbert as Director of Photography, Shane Alexander as Stunt Coordinator, and Jason Q. Truong as Action Supervisor.

Kung Fu Ghost is currently still under production and does not yet have a release date. Be sure to follow Jennifer N. Linch on Twitter for more updates on the film.