These days, it seems like we get a new physical production of a NES homebrew game every week. This time, it’s the action puzzle game Roniu’s Tale, developed by the four-person team at Kunjee Studio and distributed by Mega Cat Games.

Roniu is the name of a young magician who lives in a peaceful town and is kinda bored. So when he sees a light coming from behind the city walls, Roniu leaps over, touches it — and is instantly transported to a magical dimension where the only hope of escape is to clear all the floors in the area. The problem? Each tile he steps on will crumble under his feet after one use. That means Roniu has to plan his steps carefully, and doubly so when dealing with the monsters that roam each floor. 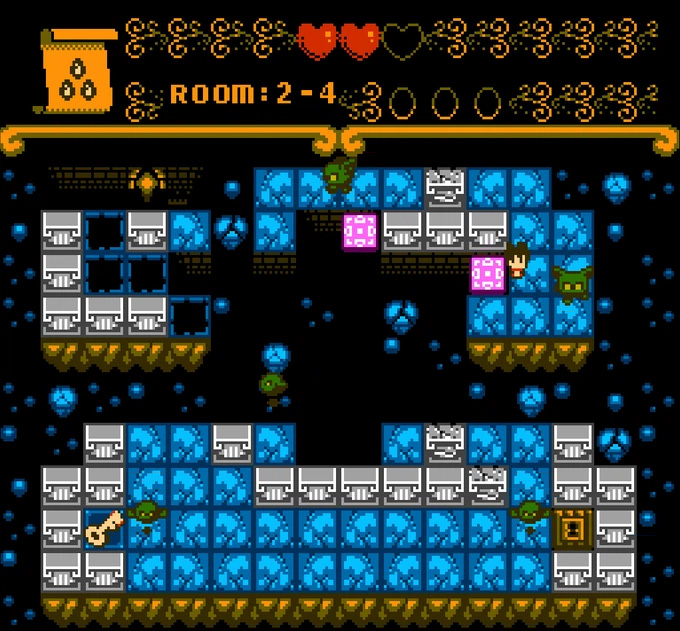 Being a wizard in training, Roniu has a few powers he can rely on. He can shoot three fireballs per floor, which can be used to either defeat enemies or break stone barriers. He can turn into a ghost and simply drift over the blocks, or he can temporarily levitate over one. These powers are limited and won’t always be available to spare you — your most important weapon is your mind. Think first how to get through a level.

Roniu’s Tale beat its initial funding goal in just six hours. You can get a digital copy for your NES Everdrive or PC emulator with a $15 pledge, and it will include a PDF of the manual, the soundtrack, and a comic book of Roniu’s adventures. The physical cartridge costs $40 by itself, or $60 with a box and poster.

Try the demo and see what you think. The campaign for Roniu’s Tale ends September 17; the game itself is expected to be completed by December.