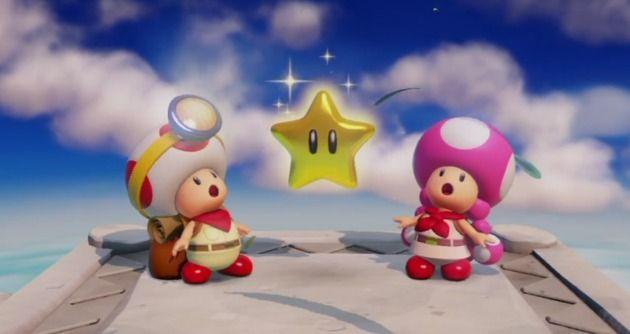 First we find out Yoshi’s real name is “T. Yoshisaur Munchakoopas,” and now this? What other secrets are hiding out there?

Last week, during an interview Gamespot conducted with Nintendo game producer Koichi Hayashida, they asked out of curiosity what the difference was between male and female Toads. Hayashida responded by saying there was no such thing as either one. Toads are a genderless race. Huh, learn something new every day, don’t you?

Of course, if Toads truly are gender neutral, how do you explain Toadette? How do you explain the fact that several Toads throughout the Mario series’ run have been unmistakably depicted as being on one side or the other? Wasn’t that dude on the Super Show clearly a DUDE? Hayashida has an answer for that: he says some Toads just take on gender-specific characteristics, and that doesn’t mean they ARE make or female. He also confirmed Toad and Toadette are NOT romantically involved, so there goes the validity of your fanfics.

As for how there can be so many of them, real life holds the answer to that one: biologically speaking, real fungi are not assigned genders and reproduce asexually. We can only assume the same holds true for Toads.

Oh–wait. Hayashida also said in the same interview that Toads aren’t actually mushrooms, they just look like them for some mysterious reason. So now your guess is as good as mine.

The genderless, androgynous Toad will be marking his–er, it’s second game as a main character (after Wario’s Woods) next month with the release of Captain Toad: Treasure Tracker for Wii U, inspired by the minigames included with Super Mario 3D World. It will probably not carry a purse or grow a beard, but if it does either, don’t read into it.

Birdo was never brought up in the interview. Seems like a missed opportunity.