Most people are looking forward to Cyberpunk 2077, the next big video game from CD Projekt Red, creators of The Witcher 3. Not everyone knows, though, that Cyberpunk started as a tabletop RPG. Because of the exposure from the game’s hype, interest in the original has spiked, and publisher R. Talsorian Games has responded with a new prequel RPG.

Cyberpunk Red is meant as an introductory set to the Cyberpunk world. and its storyline unifies the timelines of the original 2020 game and the 2077 video game. When you pick up the Jumpstart Kit, that term not only applies to the tabletop game but the video game as well. The first hints as to what will happen in the game can be found in here. 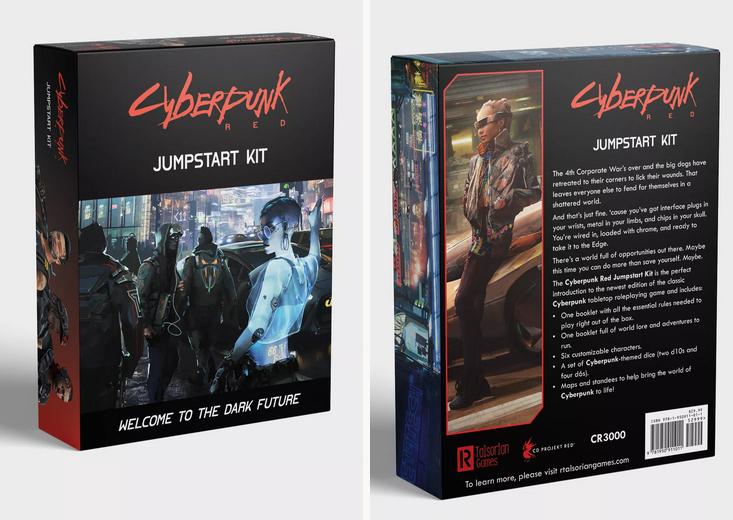 Inside, you get: a full adventure scenario tailored for newbies, a lorebook, two custom dice, six ready-to-go character templates, four maps and a set of newspaper clippings from the Cyberpunk world (of course newspapers still exist in the future….)

The first available copies of Cyberpunk Red will go on sale at Gen Con 2019 in Indianapolis. Look for the R. Talsorian Games booth to find the RPG for sale at $29.99. The same day, Cyberpunk Red will also go on sale through DriveThruRPG.com, but just the digital version. To get a physical box, you’ll have to stalk the R. Talsorian website for updates.

One more thing….the aforementioned website is currently out of the original Cyberpunk 2020 game. Extra copies were produced this year in anticipation of demand, but the estimation was still too low. Might as well check eBay.