In 1987 Hirohiko Araki started a Saga that expands to multiple generations, Jojo’s Bizarre adventure. Most long-running anime go stale due to multiple fillers and focusing on one protagonist can be a chore too. I mean look how unwatchable Detective Conan, Naruto, and One Piece had become. Jojo’s Bizarre adventure is different because every ark focuses on a different protagonist who is a member of the Joestar family. Every protagonist of each book goes by the nickname, Jojo and all of them have a star shaped birthmark. The Manga is still ongoing and with the long lifespan Japanese people have, I am sure more Jojo books will come. Araki’s ability to reinvent himself as a Mangaka made Jojo a franchise that never goes stale. 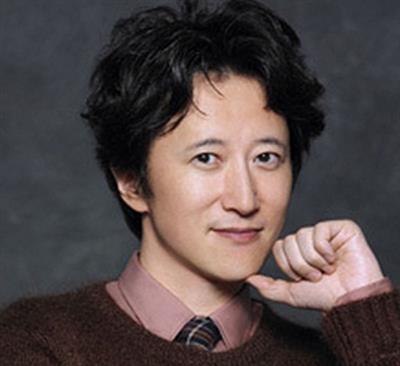 There are rumors that Araki is a Vampire. I mean look at him looking Youthful in his 60s. In Celebration of the upcoming 6th Season, Here are all the anime you need to binge on while waiting for the 6th season.

Set in the year 1880s, We see the Journey of the original one. The  First Jojo is Jonathan Joestar, A kind hearted heir who is the only son of  an English Nobleman. His life will change when his father adopted a boy named Dio Brando.  The two will develop a a sibling rivalry like no other.

Joseph Joestar is the second Jojo and he is from the era of the First World War. He is the grandson of Jonathan and unlike his grandpa, He is a Witty spoiled brat. He still has a good heart despite his arrogance. An ancient evil from the Americas called Pillar Men got awaken. Joseph must stop these Aztec Vampires from destroying the world.

Jotaro Kujo is the half Japanese grandson of Joseph Joestar. This teen delinquent from the 1980s is the most popular Jojo in the series. This is the first book in the series that introduces entities called Stand.. Quoting Jojo’s wiki:

Jotaro will travel the whole world with his Grandfather and a group of over muscular men to find the cure to his mother’s rare disease. His squad will battle evil Stand users trying to stop them. Fortunately it’s fair game because Jotaro and his team are stand users too.

This Anime is the end of the Muscular Era of Jojo and the beginning of the fabolous and flamboyant era. From the Manly Aesthetic of the 1980s.  To the pretty boy aesthetic in the year 1999, Araki goes for something more fashion.  Part 4 centers around Josuke Hishigata, He is the illegitimate son of Joseph Joestar.  With his power to destroy and restore objects, He must stop a serial killer with Hand fetish on the loose.

In the Year 2000 at the beautiful country of Italy, Dio Brando’s son, Giorno Giovanna wanted to be the head of Mafia.  He is the first Jojo who is not a descendant of Jonathan Joestar but a son of a villain instead. He will use his stand powers to climb the ranks in the world of gangsters.

Funimation is the leading distributor of anime in America, and they offer