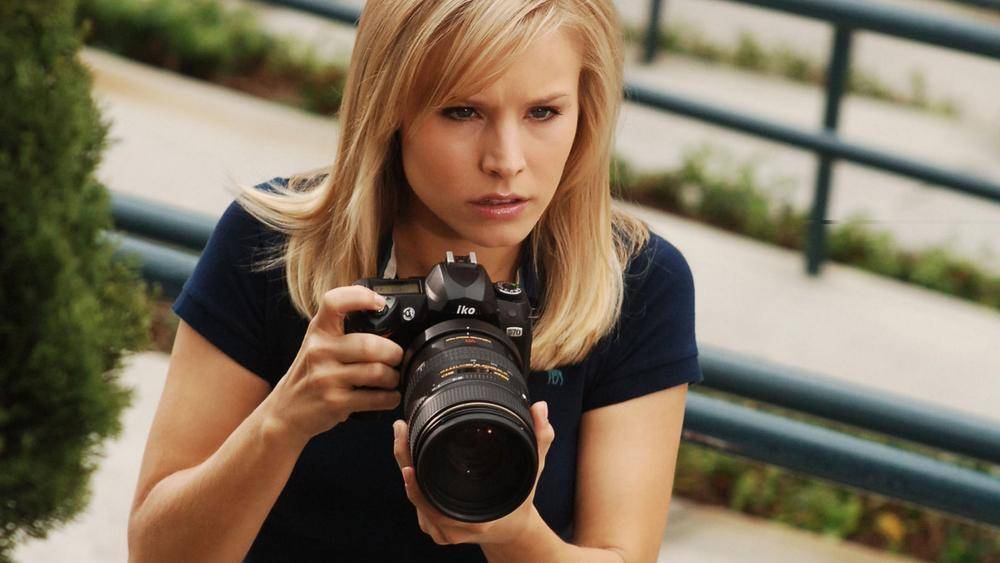 Stay cool, soda pop. Last month we told you it could happen….today we can confirm it will. Veronica Mars is coming back.

Kristen Bell broke the news today in a short Instagram video where she coyly chatted up the fact that reruns of the original series were headed to Hulu…before revealing the same streaming giant had officially picked up the series for an eight-episode fourth season. “Veronica has always been a super hero without a cape,” states Bell. “And I think she’s exactly what the world needs right now. Thank you to all my fellow marshmallows who stayed excited.”

Veronica Mars already returned back in 2014 in the form of a feature film, crowdfunded into existence by a record $6 million Kickstarter campaign. That film seemed to wrap everything up….so where does Neptune’s intrepid sleuth go from there?

After the movie, creator Rob Thomas wrote and published a series of mystery novels starring Ms. Mars. He now says those novels are “98% canon” with the exception of The Thousand Dollar Tan Line, a story he’s repurposing as a basis for the fourth season. “Like The Thousand Dollar Tan Line, the mini-series will be set against a Spring Break backdrop, but TDTL is not the story we’re telling. We’re five years after the movie.”

Thomas also says you shouldn’t expect the same vibe from the new episodes that the movie had. While the movie was mainly intended as a reunion special, the new season will simply continue the story. As for what else happens, he would only give these hints: “Pony is included. Marcia Langdon is police chief [and] Neptune [is] finally incorporated.” I’ve seen every episode and I have no idea what any of that means.

Expect the new season of Veronica Mars sometime in 2019. The new series will be scheduled around Bell’s role in The Good Place and will not interfere with production of that series.

Life Is Strange To be Adapted Into Digital Series

Supernatural Will End With Season 15

The CW Is Finally Coming To A Cable Streaming Service

AEW: Dynamite and Snowpiercer both airing on TNT