The wait has been interminable for those awaiting Infinity Train, the ambitious project from Cartoon Network that many feel could be their next Adventure Time-style breakout hit. We now know when we’ll finally get to see the first episodes, and it’ll happen before the summer is through. The first five will air weeknights at 7:30 on Cartoon Network, starting Monday, August 5.

It was only supposed to be a quick trip to Coding Camp in Wisconsin. But when young Tulip ends up boarding the wrong train, she becomes trapped within its cars — and the train seems to have no end. Fortunately she quickly meets two friends, one canine and one robotic, and they set off to solve the mystery of the Infinity Train, and by doing so, find a way to get Tulip off it.

In addition to the premiere news, CN also released this lovely new promotional artwork, and promised more information at SDCC. We can’t wait for August 5! 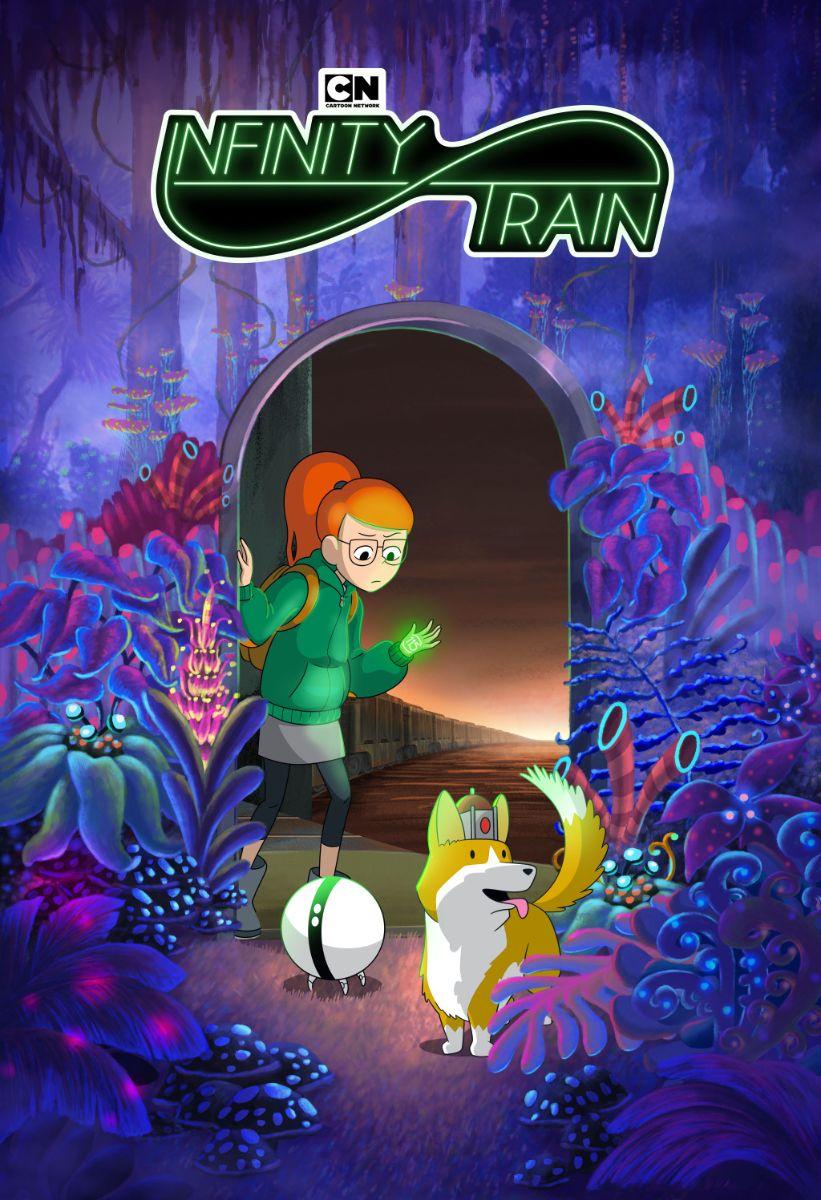 Described as a wild adventure filled with puzzles and peril at every twisty turn of events, Infinity Train follows Tulip (voiced by Ashley Johnson), a headstrong 12-year-old girl who must use her wits to uncover the train’s many secrets – and hopefully return home. Her mind-bending journey will find her forging friendships with One-One (Jeremy Crutchley), a robot with dueling personalities, and Atticus (Ernie Hudson), the canine king of Corginia. But with new surprises awaiting in every car, will Tulip ever find a way off the train?

Cartoon Network Studios Is Not Dead