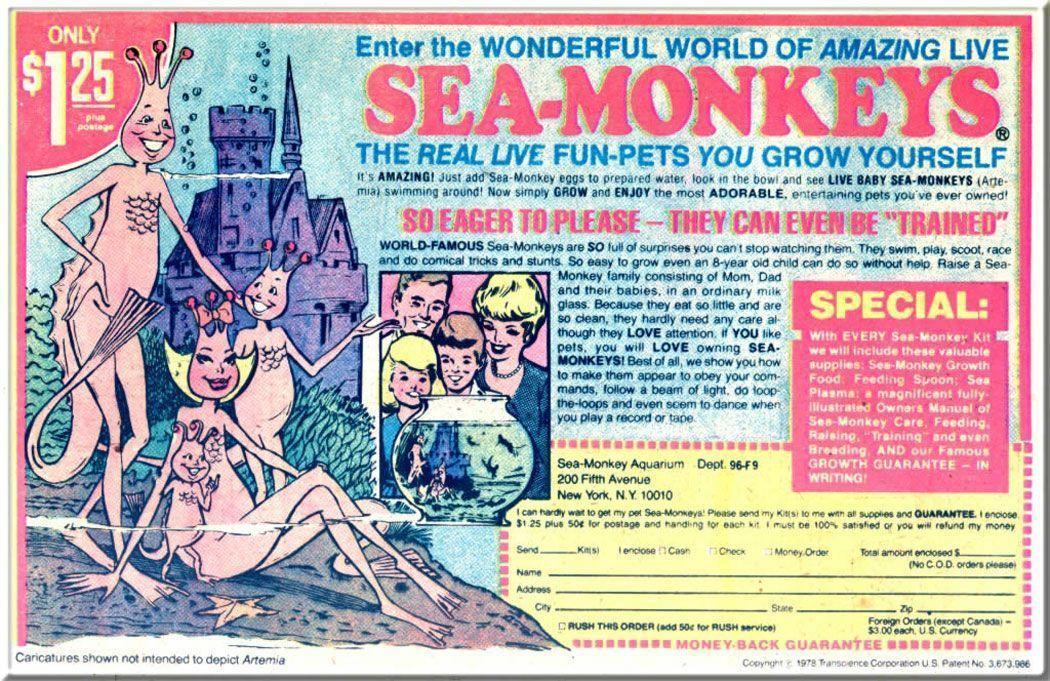 When you were a kid, did you ever see the ads for “Amazing Live Sea Monkeys” on the back of comic books? Did you ever bug your parents enough to order them and find out that “sea monkeys” were just some clever marketer’s way of selling dried brine shrimp eggs to kids?

I did, and even though my sea monkeys eventually ended up in my brother’s hair during a fight, I don’t regret it. Brine shrimp are fascinating creatures even without being dressed up in fantasy. They’re also one of the most abundant and successful creatures in the seas, and scientists are just finding that their movements and the movements of other small marine organisma may have an enormous impact on ocean currents.

The first trick you play with your “sea monkeys” is shining a flashlight into the tank. Brine shrimp follow the beam because they display phototaxis, which means they tend to move toward light. They do this in the ocean, too, coming up for more light at night and going deeper in the day.

California Institute of Technology researchers Monica Wilhelmus and John Dabiri tested this tendency by shining lasers into a tank of brine shrimp. A green laser above the tank kept them down. A blue set to rise along the tank caused the brine shrimp to go up. Microscopic silver-coated glass spheres were put in the tank and monitored with a high speed camera to see how much the vertical migration churned the water.

They found that, by swimming together, small sea organisms cause currents that are beneficial to themselves and other ocean life, helping distribute salt, nutrients and heat through the ocean.

“This research suggests a remarkable and previously unobserved two-way coupling between the biology and the physics of the ocean: the organisms in the ocean appear to have the capacity to influence their environment by their collective swimming,” said Dabiri.

Wilhelmus and Dabiri want to repeat their study on a larger scale, but their findings might show that small organisms distribute the equivalent of a trillion watts of power into the ocean, as large an environmental impact as the wind and tides.