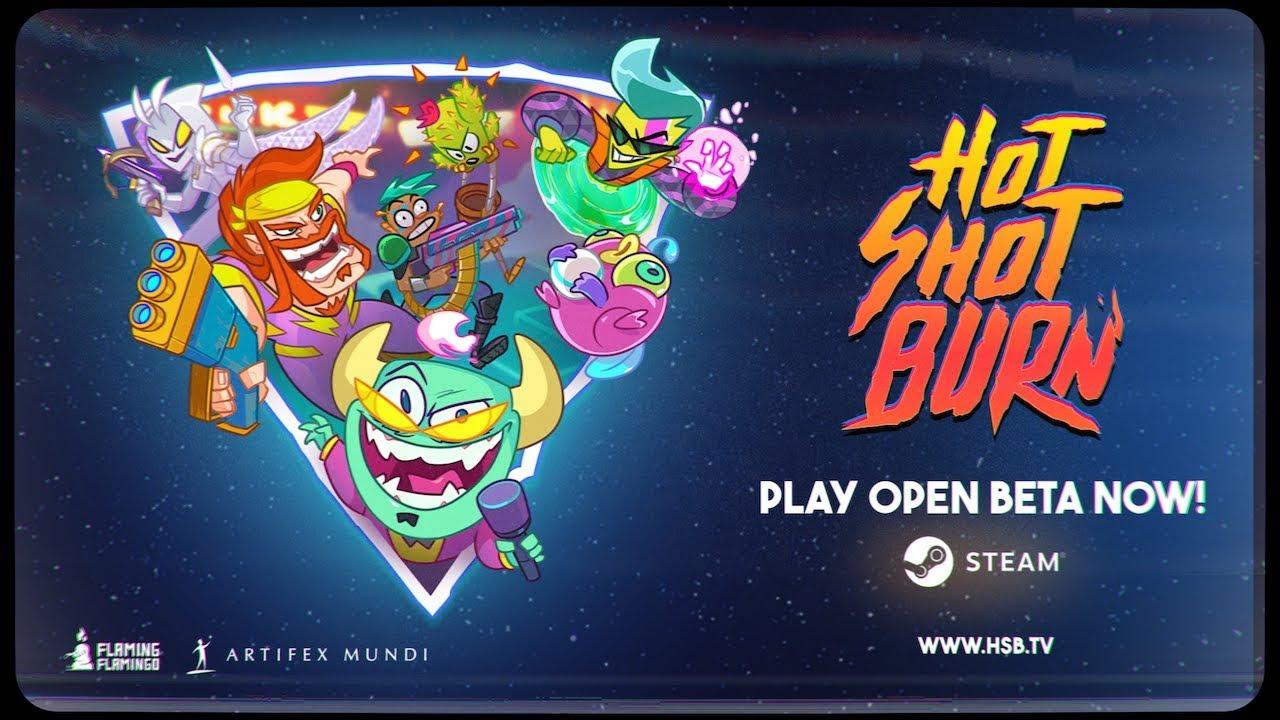 Gamescom, the German gaming convention, will be held August 20 — and the party brawler Hot Shot Burn will be there, courtesy of publisher Artifex Mundi and their internal development team Flaming Flamingo. Look in the press / business area to find a running demo. By this point the game will already be on Steam Early Access, but the version shown off at Gamescom will contain additional in-construction content the public hasn’t seen.

The greatest fighters in the galaxy have gathered for the universe’s deadliest televised combat competition! Four animated players enter a top-down arena and face off against each other, each attempting to be the last one standing. After the dust clears, you are ranked by the number of rounds played and the number of nachos you’ve eaten.

The earliest public version of Hot Shot Burn will be on Steam Early Access August 15, with a planned PC and console release scheduled for next year. But you can enter the arena right now if you sign up for the open beta. This sampler has four of the characters playable and a few of the many arenas active. The ability to play either online or with local couch co-op is fully enabled. Go to the Hot Shot Burn Discord to get your beta code: https://smarturl.it/hsb-beta

There will be one more opportunity to play Hot Shot Burn pre-release: the game will have a presence at the the Evolution Championship Series in Las Vegas, with the full early access build active. Once again, this version hits Steam August 15.

Hilarious, violent, and televised! Hot Shot Burn brings the universe’s most formidable space gladiators together to battle it out in deadly 2 to 4 players, free-for-all combat for fame and glory!