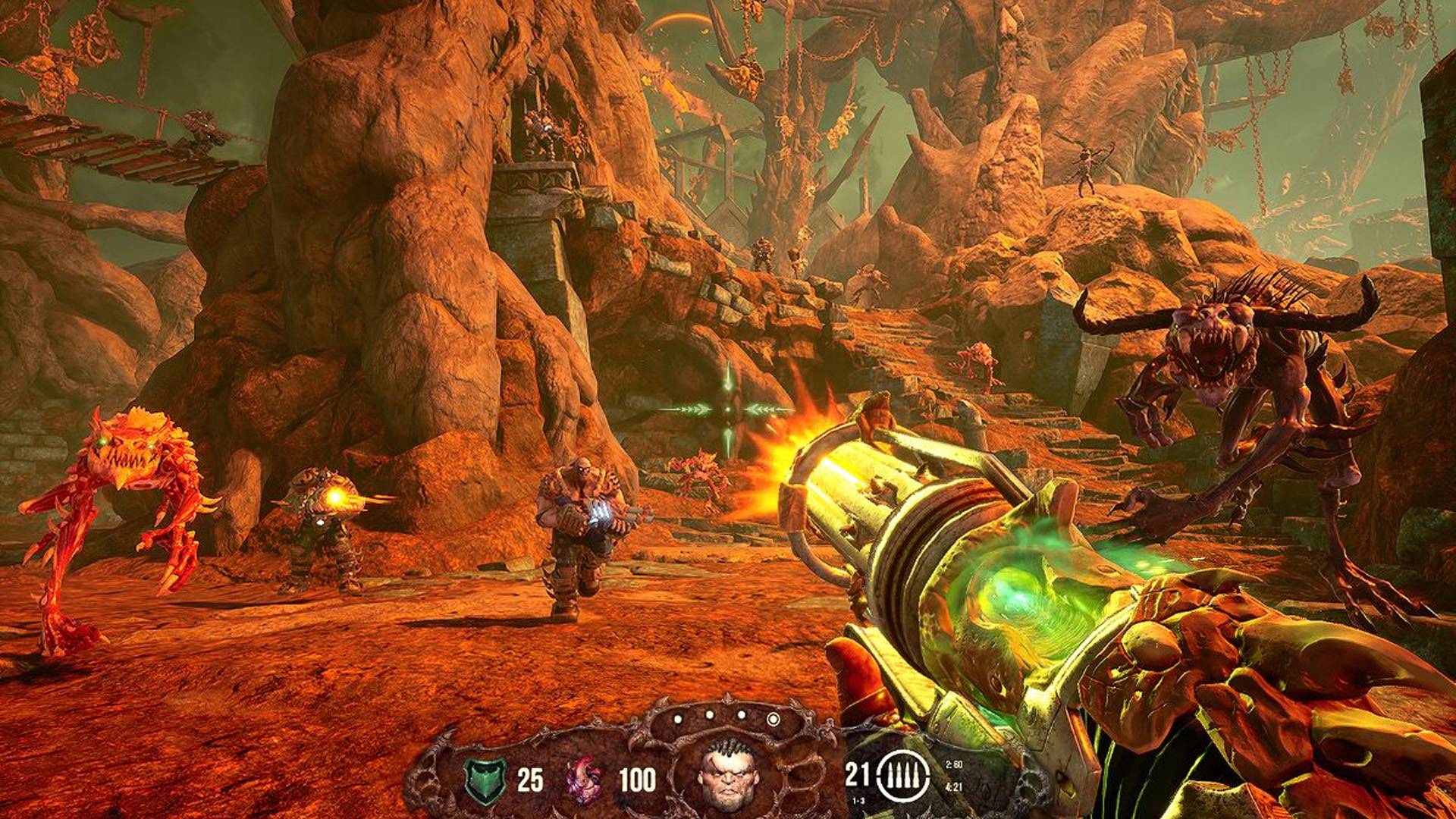 Hellbound is now out on Steam, from developer Saibot Studios (the reference in that name is intentional). Consider it an intentional throwback to the rough and raw early days of first-person shooters like Doom and Quake.

You play Hellgore, a trash-taking muscle man who finds himself in hell (where else) and aims to bust out the only way he knows how — by annihilating everything in his path! First announced two years ago and funded on Kickstarter, the game has been teased through several demos. Saibot is now wrapping up Hellbound with the help of developers Nimble Giant, who created arena shooter Quantum League.

“After our successful Kickstarter campaign and Survival Mode over two years ago, we’re so excited to finally open up the gates of Hell to fans of old school FPS games and straight-up carnage,” says Tobias Rusjan of Saibot Studios. “We can’t wait to watch the blood drip from Hellgore’s hands as gamers demolish demons to their hearts’ content.”

Billion Road is out TODAY for Switch and Steam!