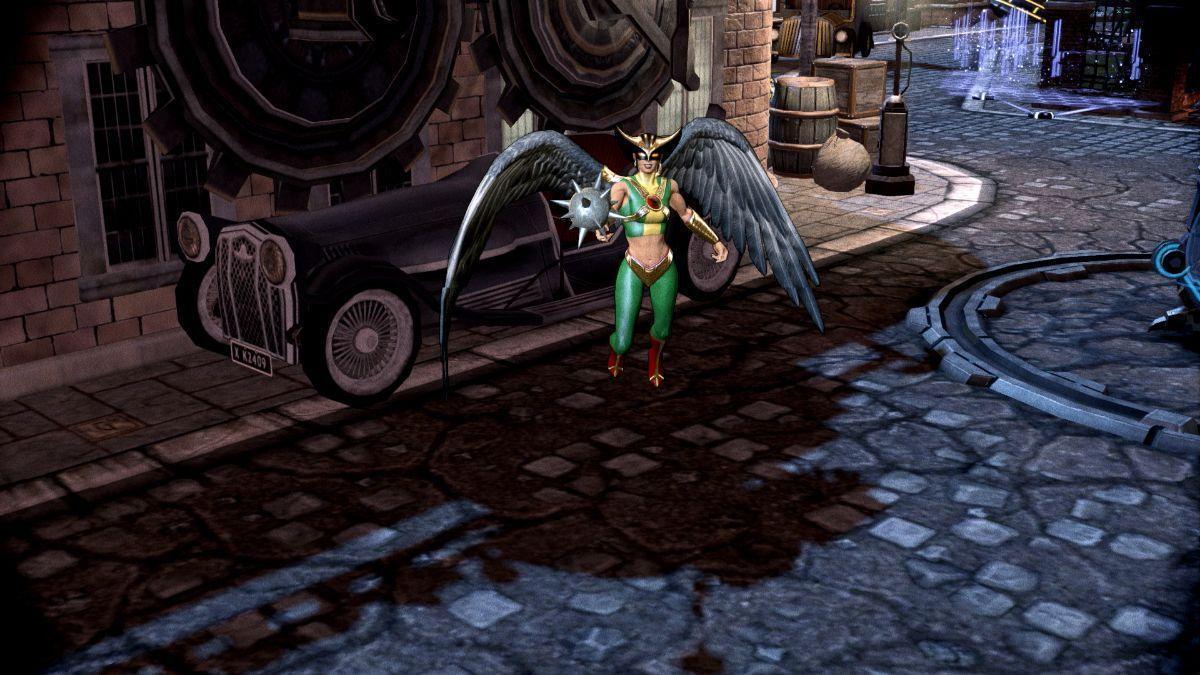 Warner Bros. Interactive has announced that Hawkgirl will be joining the playable character roster for the free-to-play multiplayer online battle arena video game Infinite Crisis. In addition, a new Champion Unmasked video showcasing Hawkgirl’s backstory, abilities, attacks and techniques for the game was released and is available in the player below.

In the DC Comics, Kendra Saunders was a police officer who’s father was previously murdered by a corrupt cop. As an officer herself, Saunders thought she was held back by the rules and regulations of the job. When she was put on disciplinary suspension after breaking the rules, she met the hero Hawkman, who told her that she was reincarnated Egyptian princess.

According to Hawkman the two were lovers in previous lives. She thought he was insane wanted him to leave her alone. Hawkman left, but not before insisting she took a mace, flight harness and keepsakes of her past life. As time passed, she realized as a hero vigilante, she could do things that a police officer could not. Later on, Saunders took up Hawkman’s equipment and became the hero known as Hawkgirl.

Hawkgirl was also one of the main characters of the hit Justice League animated series. She will join the playable character roster for Infinite Crisis and goes live on Wednesday, January 21. Infinite Crisis is currently in open beta for Windows PC. The game is scheduled for its official release later this year.