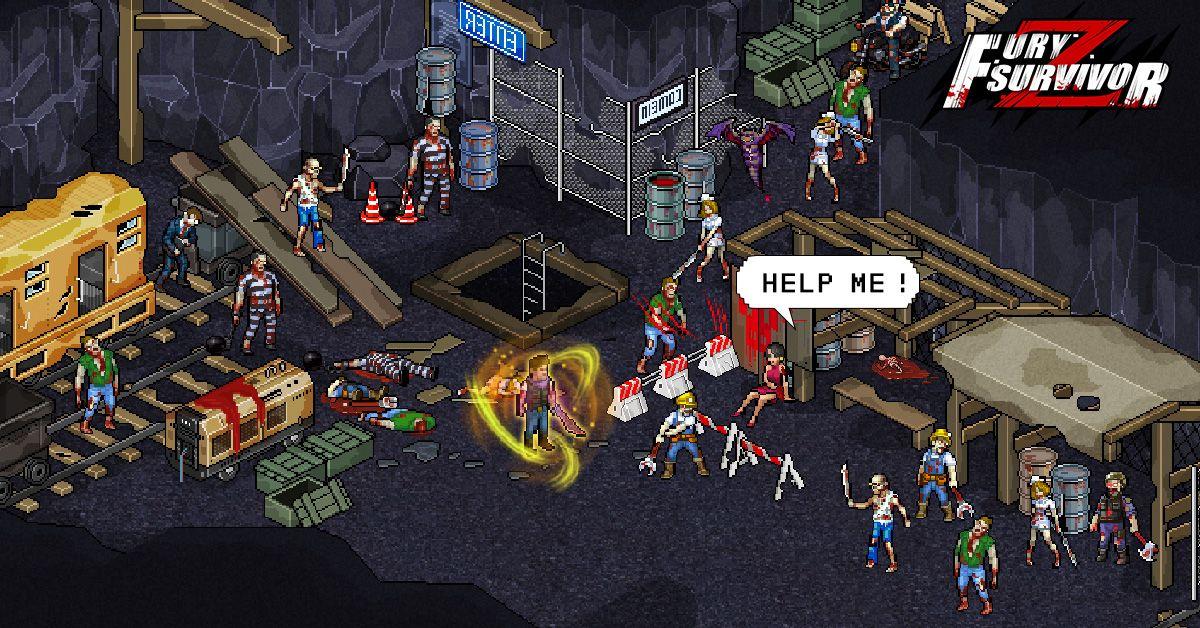 Last time we had news on Fury Survivor: Pixel Z, we noted the preorder period would close June 4, and we assumed we’d hear about a release date shortly after. We were correct…the official release for the mobile hack-and-slash survival game will be June 5, next Wednesday.

In Fury Survivor: Pixel Z, you’ve been separated from your family during a zombie invasion, and your main goal is to hack through the waves of undead to track them down. Not everyone is a walking corpse — you’ll run across other characters throughout your journey, and some may have valuable hints for you.

Fury Survivor has action elements filled with demand of quick reflexes, and passive elements where you just scrounge for gear. You are a true hunter-gatherer, amassing food, supplies and weapons wherever you can find them, as well as clues to the whereabouts of your lost family.

The preorder period attracted over one million interested survivors (and technically pre-registration is still open).  Check it out June 5 on iOS and Android devices.

An in-depth look at Nintendo: The Present

The Halo TV Series Is Back In Production