In the 1980s He-Man ruled Eternia, She-Ra ruled Etheria, and both ruled children’s popular culture. Though Prince Adam has come back several times since his original show was cancelled, his twin sister hasn’t had her time in the sun again…until now. She-Ra returns this November in a new animated series, produced by Dreamworks and helmed by Noelle Stevenson.

If that name sounds familiar, it’s because Stevenson is a graphic novel superstar, having co-created the popular series Lumberjanes as well as a book about a shark named Nimora, which is getting an animated movie. But before that, Stevenson will be putting her stamp on She-Ra with this new take on the Filmation mythos.

Princess Adora’s backstory remains the same here — as told originally in Secret of the Sword, she was taken from Eternia by an evil organzation known as the Horde, who raised her as their own in hopes she would help them conquer their own planet, Etheria. Instead She-Ra wised up and turned good, with help from He-Man….but this time He-Man isn’t around; who’s going to help her? Turns out this time, there’s more than one princess on Etheria.

“We’ve really started from the same starting point where the original show started from because Adora has such a great backstory,” says Stevenson. “She’s been raised to believe that the villains are doing the right thing and that the Princesses are the evil ones. And so we follow her as she has this crisis of faith; she’s been very sheltered her whole life and as she starts to experience the world, she realizes that there’s more to this than she knew, that maybe there’s a reason they were called the Evil Horde,” Stevenson laughs, “that maybe they were evil.”

So yeah, Filmation’s naming scheme was never subtle. But today Dreamworks published the first four screenshots from She-Ra and the Princesses of Power on their Twitter account… 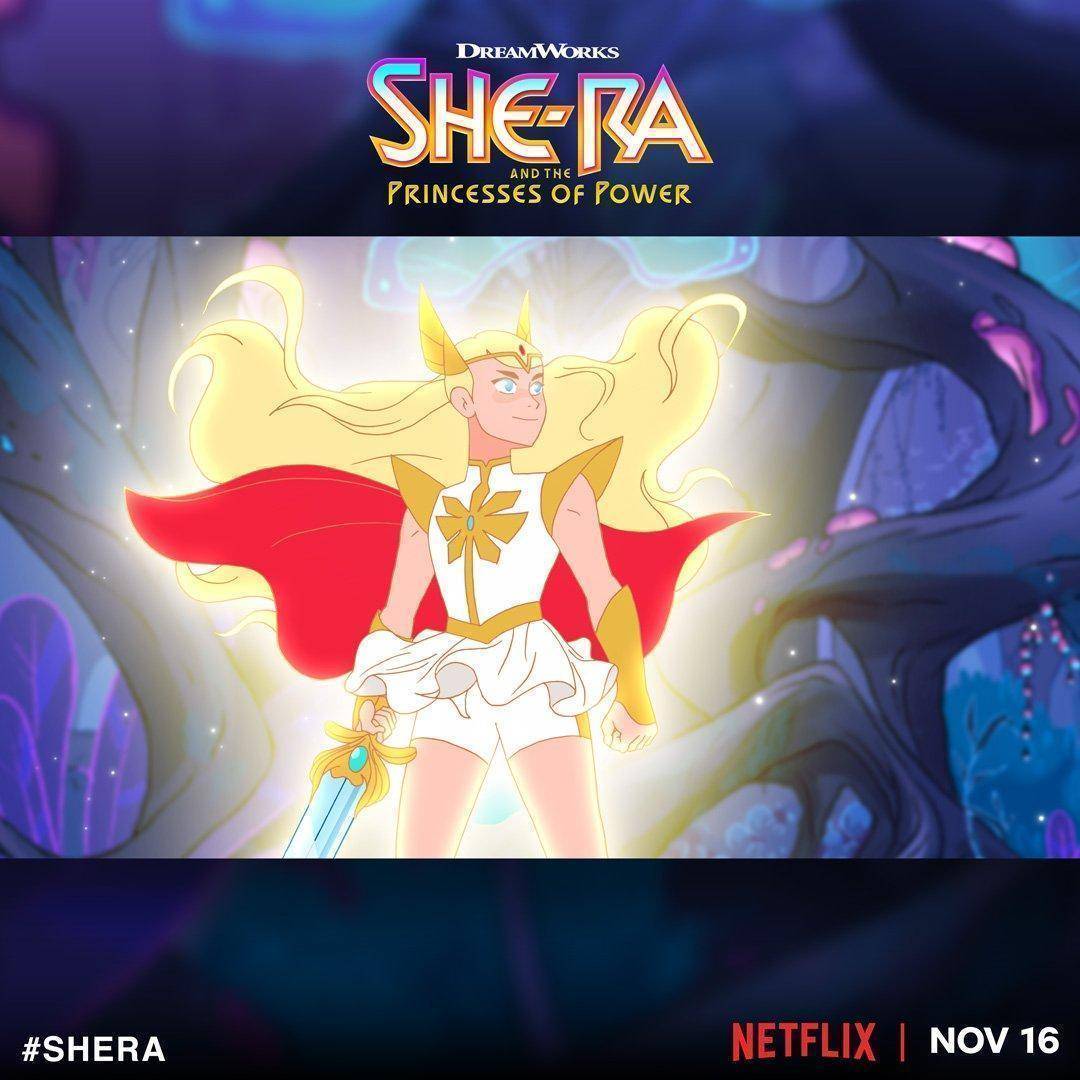 Adora powered up and ready to go, looking very Lumberjanes-y. 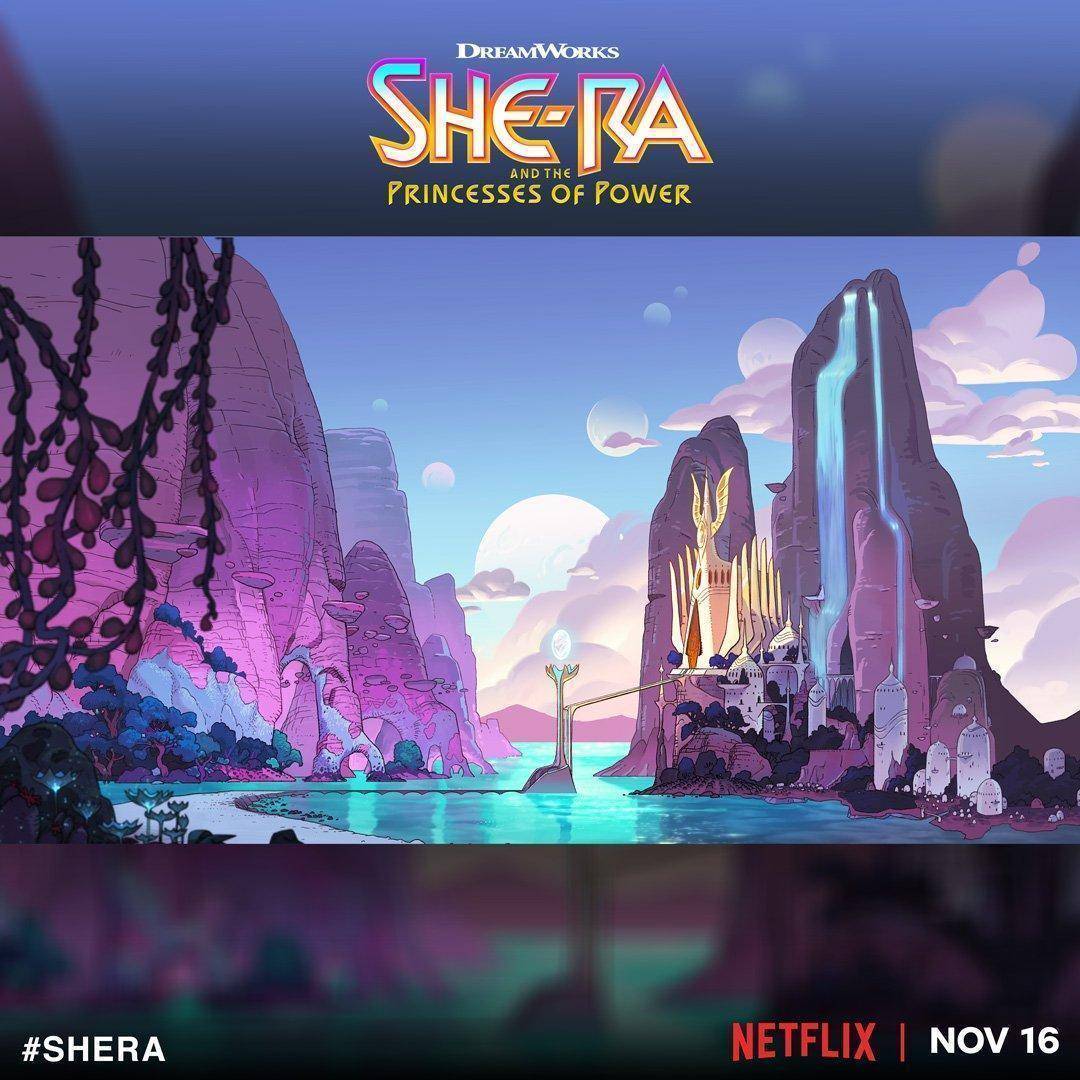 Etheria in its majesty. 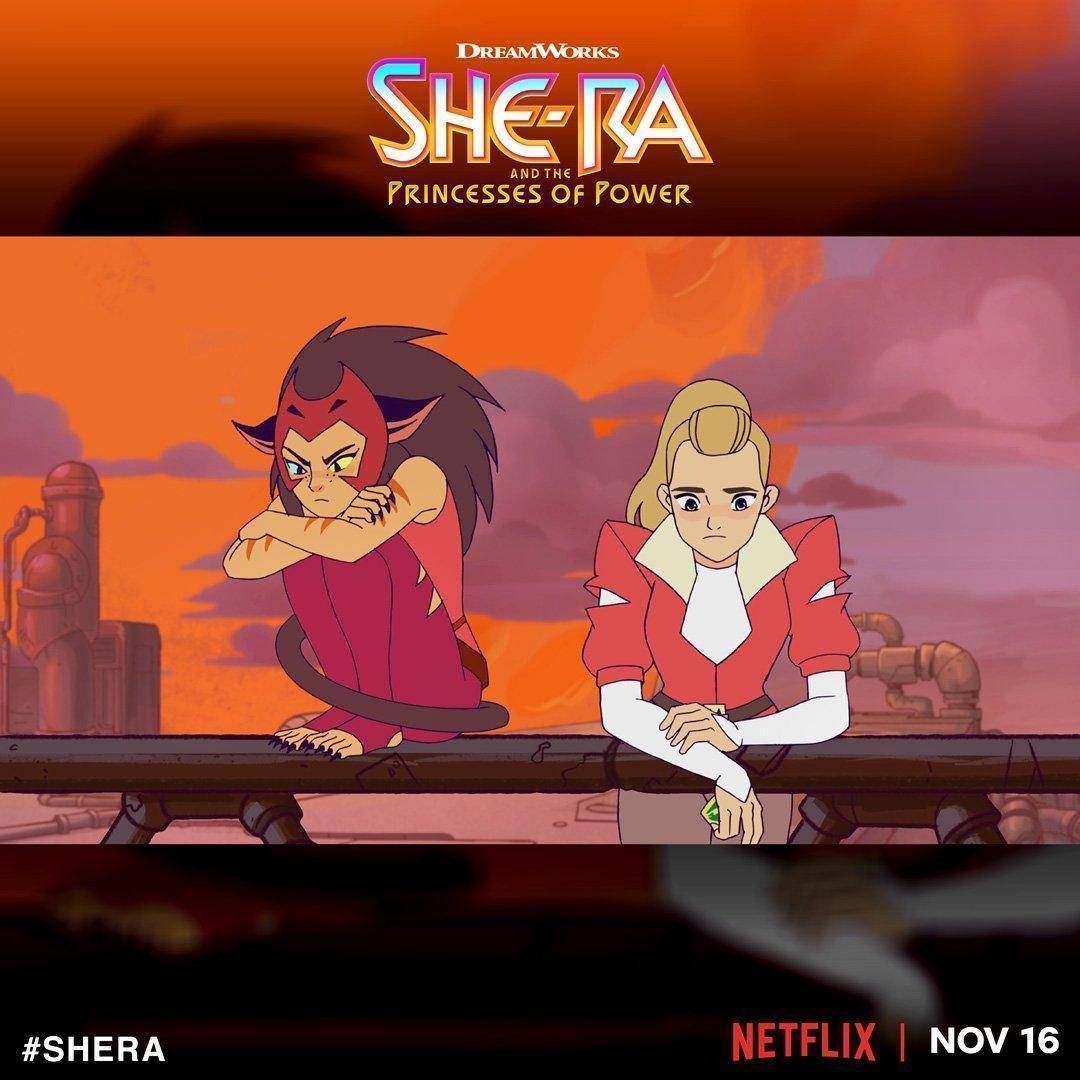 Adora mopes around with her pet Thundercat. 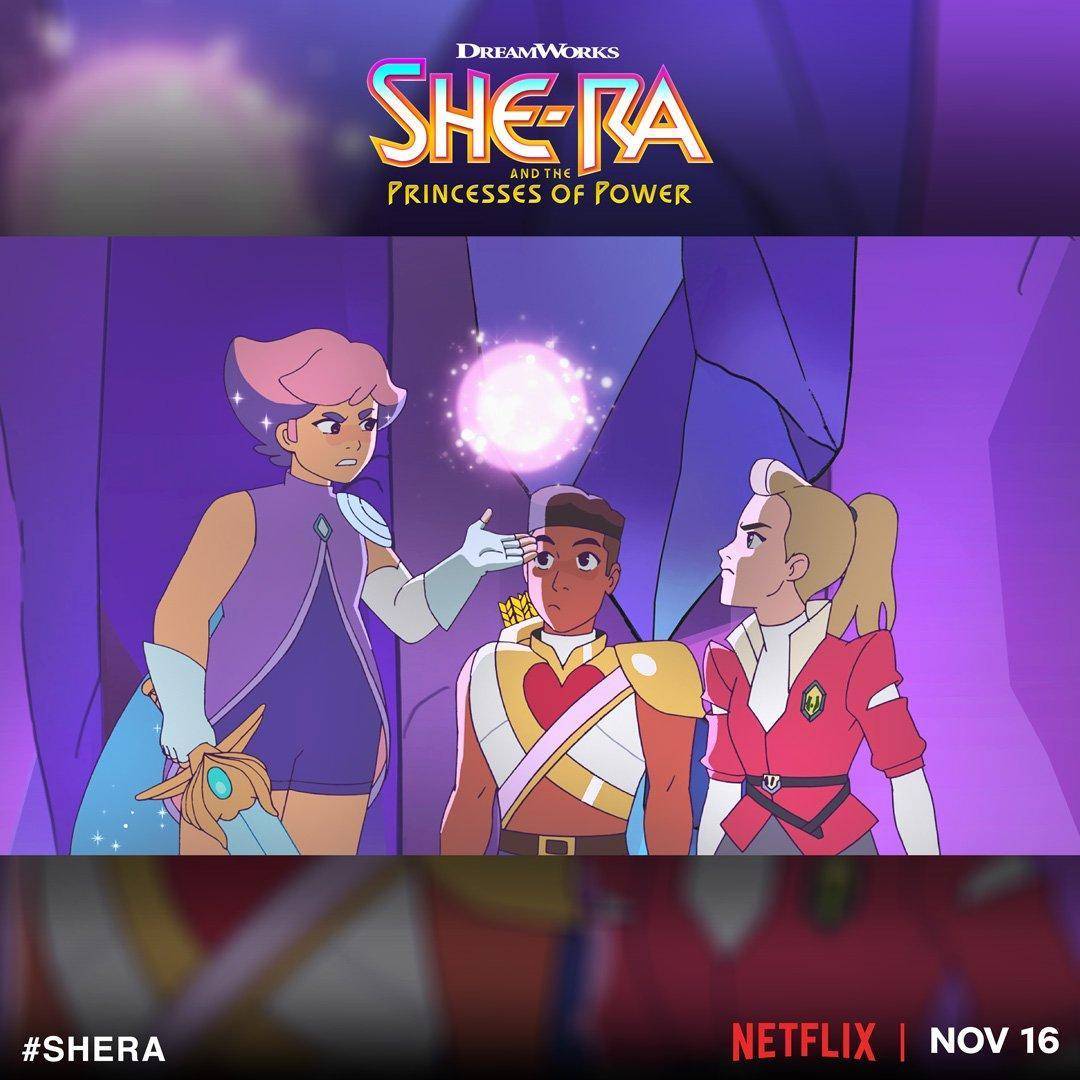 “This….is drugs. This is your brain on drugs. Any questions?”

Look out for She-Ra and the Princesses of Power when it premieres on Netflix November 16.