(The following is a 2015 article I originally wrote for The Action Elite and republished on my website a while after. This post has been updated for this forum article to include info on a new re-release of the following movie from MVD Rewind Collection.)

While we await the verdict on the releases of several upcoming films featuring action star Mark Dacascos, perhaps one performance will continue to live-on in action movie history with a formula that undeniably serves fans of martial arts action cinema something worthy to hold onto. For this, we look to his memorable role in the 1995 action classic, Drive.

From a revised script by Scott Phillips, the film takes off in San Francisco with our lead, Dacascos starring as Toby Wong, riding as a stowaway on a cargoship that arrives on the West Coast as per his escape from the Red Chinese and the notorious Leung Corporation who have sent assassins to immobilize him and retrive their property. The catch? Well, that property just so happens to be a prototypical biotechnological enhancer surgically installed around his heart, pumping enough consistent adrenaline to essentially turn him into a one-man army, and Wong is in town to get it removed as soon as possible. With two bounty hunters hot on his tail, Wong coerces down-on-his-luck musician, Malik Brody (Kadeem Hardison) to drive him to Los Angeles in exchange for half of Wong’s $5 million dollar payment for the device. Soon enough, their newly-formed uneasy alliance unites them on a mission that becomes much more about money, and with the help of a motel manager’s colorful and quirky daughter, the two finally arrange a rendezvous with an ally that can help transport Wong safely to remove the device from chest. However, the relentless Leung Corporation has unleashed a final assault, in an epic finale that will ultimately determine whose heart is the strongest.

Directed by Guyver: Dark Hero helmer Steve Wang, the film came just a few years after Dacascos hit it big in Hollywood with the 1993 Capoeira-enfused American martial arts thriller, Only The Strong. Drive became a major film festival hit in Montreal and in Japan in the late 90’s, hitting high notes among audiences with offers from two studios to release the film theatrically before being undercut by studio interference and politics that ultimately killed the film’s potential before Wang knew it. The aftermath, resulting in a disproving alternative version, has since kept Wang from directing much of anything in the years since, even though it was once rumored back in 2010 that he and Dacascos would reunite for a 3D-caliber marital arts actioner that never saw the light of day. Be that as it may, Drive is still a classic that remains popular to this very day, staging high-impact fight choreography by action auteur Sakamoto Koichi with sequences attributed to some of the biggest gags ever applied in Jackie Chan movie history.

More to the point, you can’t have a successful action movie without a lead character to care about, so while the butchered home release of the film stays linear with a straightforward story that keeps the pacing of the film’s action short enough for the dialogue to exist throughout, the Hong Kong Legends/Medusa release on DVD in the UK not only revives the film’s original score and a few deleted scenes, but also restores key aspects of the character development between Wong and Brody, sustaining much of the film’s overall substance from start to finish. Dacascos turns in an electrifying screen fighting performance as Wong, serving him well as one of the best leading action stars Hong Kong never had in addition to his chemistry and comedic timing with Hardison, actor J.P. Ferguson and late actress Brittany Murphy.

The script never gets boring, suited with perfectly-timed gags and performances by Hardison and Murphy that will have you smiling from ear to ear, with Dacascos, in the role of Wong, exhibiting his own charm as well; The script provides a lot for Dacascos to work with, revealing him as more than a killer soldier and instead showing us a man with a personality relatable in almost everyway, cultivated in a love for American cars, music, beer and even movies. It’s a layer of Wong’s character that certainly called for an extended stay via what should have been a sequel and I absolutely loved the prospects of seeing Dacascos, Hardison and Murphy possibly working together again soon afterward. And it’s sad that this never happened.

Drive was one of those films I ended up finding out about through word of mouth, and it took long enough for my local video store to gain copies of it on VHS before I would ever finally see it for myself in 2001. By far, despite studio malfeasance and poorly misguided distribution, Drive is one of the best martial arts action movies ever put on film. Hell, I loved it so much that I bought every single VHS copy my local video store had for ten bucks a pop (giving two away) before becoming a DVD junkie and buying a copy of the studio-cut DVD from my local Suncoast outlet in Manhattan before finding out there was an extended director’s cut on bootleg which I mistook for a proper print – something I later rectified by becoming a customer at the now defunct website, HKFlix.com, where I bought not one, but two PAL coded discs from HKL/Medusa (the first one got scratched and became unrepairable despite my best efforts).

So…yeah, that’s how much I loved Wang‘s movie and vision, and want so much for him and Dacascos, and Hardison if possible, to get as much of the band back together for one last hoorah in a film that could top the cult greatness achieved Drive: The Director’s Cut. It may be difficult in our current film climate, but there’s no question about it. The genre is still here and there is an audience that may lay dormant and waiting for these people to come back to the fray once more, provided the right producers and investors come along to make it happen in a way that doesn’t echo past grievances.

P.S. – If you can still find a copy of the UK version on PAL with the commentary by Wang, Dacascos, Hardison and Sakamoto, I highly advise you go purchase it. The commentary alone is chock-filled with hair jokes, food jokes, fart jokes, ad-lib humor and wonderful factoids about the film that you would be delighted to hear. It’s pure gold. Otherwise, MVD Rewind just announced its own forthcoming release of it in North America via their Facebook page:

》Yes... It's finally coming May 2021 from MVD Rewind Collection 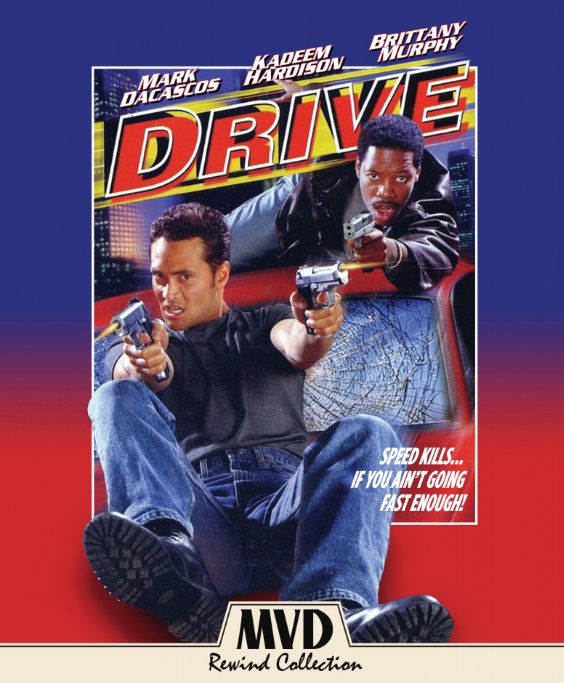 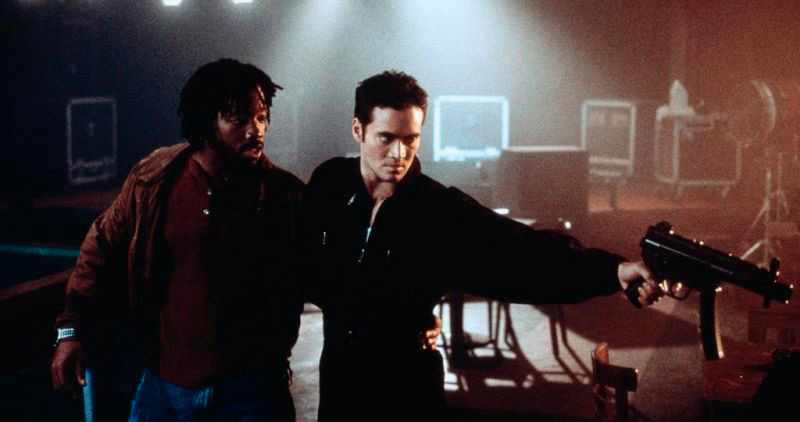