Boxelware’s space sandbox game Avorion is speeding along toward its destination — total completion, which it expects to reach next spring. A beta version of the game has been available on Steam Early Access since July of 2017.

In Avorion, you build your own spaceship (you can spend as much time as you want on it, from a simple two-minute design to an elaborate work of art taking weeks). Then you pilot your ship around a universe of procedurally generated galaxies, mine resources, build space stations, and wage war with hostile aliens (who could also be your friends — the game has an online mode).

Boxelware has a timetable pegged of Spring 2020 for the finalized version of Avorion, but the Early Access version is available now for PC, Mac and Linux. If you’re thinking of getting into it, experienced player TenguKnight has five tips for beginners, which he shared with the rest of us: 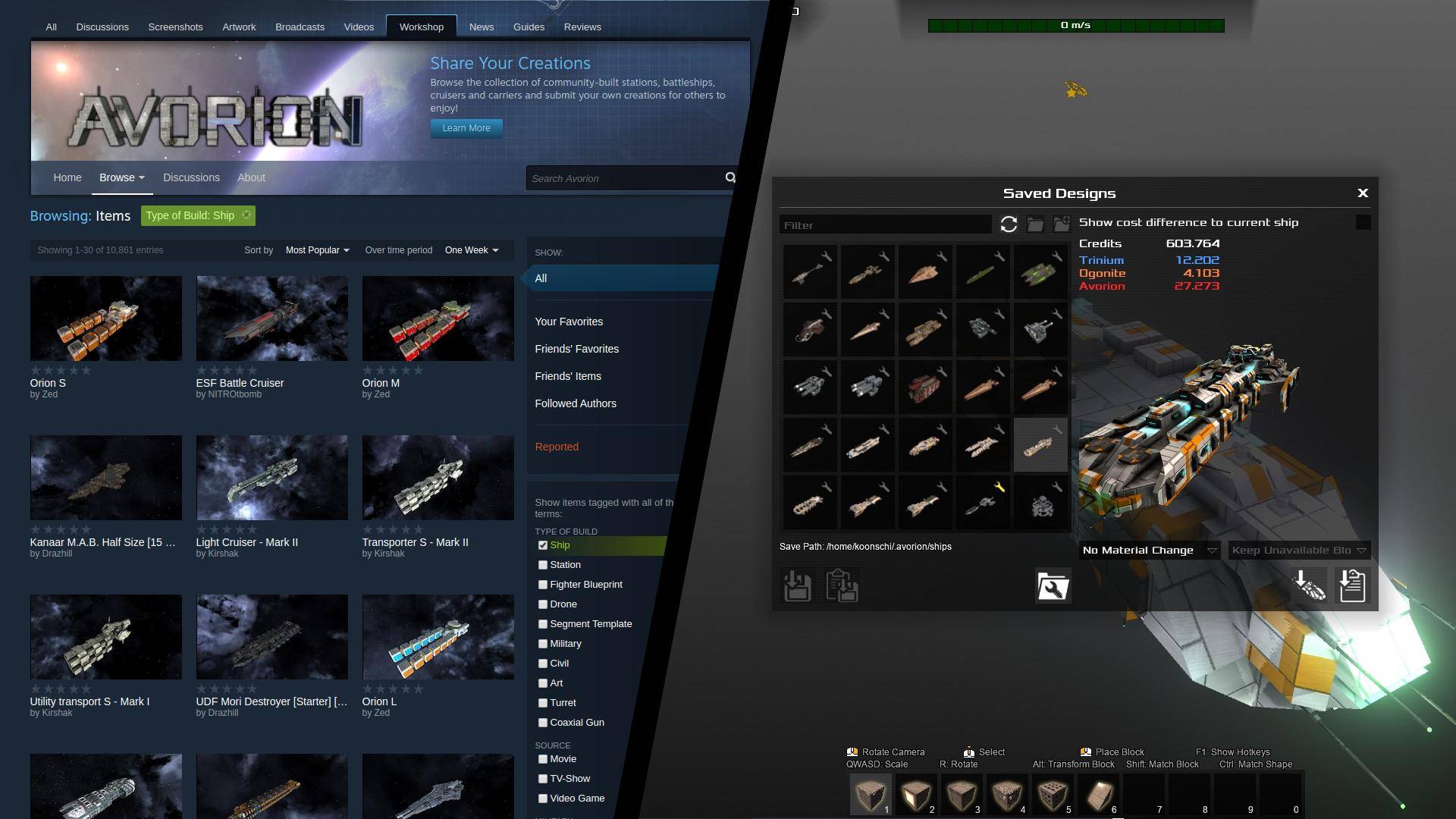 1. Let others do the work
The modern space pilot lets others work for him. A second ship can independently mine resources with equipped mining lasers and a hired captain. This method allows players to easily build a large fleet in a short time and devote themselves to the really important tasks, like building a gigantic galactic empire!

2. Confrontations are dangerous.
Everyone has to start somewhere. In Avorion, players do not start with fully equipped battleships, but with small transporters, which are very vulnerable to attacks. Especially at the beginning, players should steer clear of confrontations and avoid yellow marked sectors, which are full of pirates and smugglers.

3. Money rules the universe
If business is bad or a war has drained ressources, there are many ways to earn money fast. For example, ship upgrades and turrets can be sold at the Space Equipment Docks. But also huge asteroids serve as a good source of income. Players can claim them for themselves and then resell them to the highest bidder. There’s at least one of them in each start sector.

4. Energy, yes! Nuclear power? No thanks!
I recommend to invest in stations with solar power plants. In sectors with high energy demand, these can help players to quickly establish a secure and stable source of income.

5. Do-it-yourself: Shipbuilding has never been easier!
For players who don’t have enough time to explore the extensive shipbuilding kit, Avorion offers to use the Steam Workshop to take on finished construction plans. If even this is too time-consuming for you, take a look at the new Ship Generator, which is able to procedurally generate even large battleships.

‘Bee’ adventurous in the new Yooka-Laylee and the Impossible Lair demo – out now! Kickstart LAZR — The World’s First Clothformer