Entertainment Weekly has published the first photos from Disney’s upcoming Aladdin remake, set for May 24, 2019. Despite the movie being due in six months, no one knew what it’d look like until today. 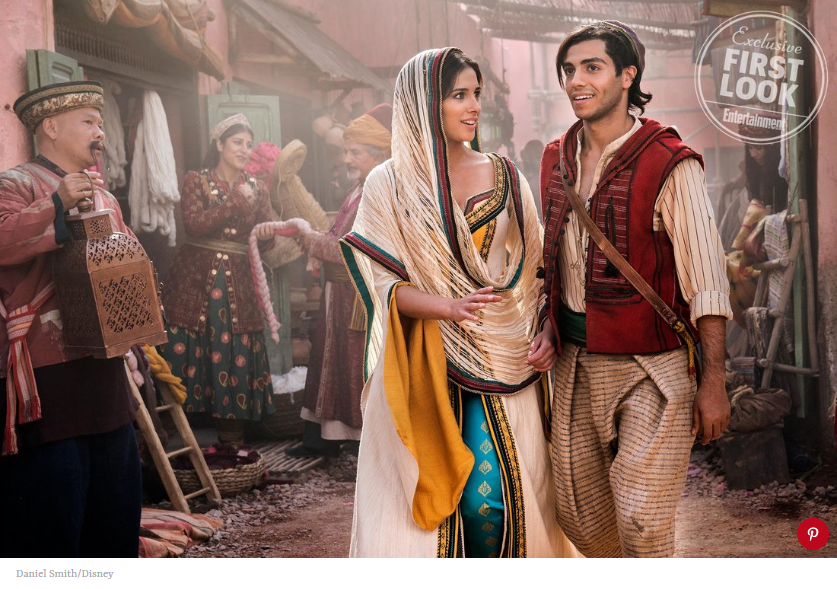 They’re dressed in different outfits, but they’re recognizable as streetwise Aladdin and the runaway Princess Jasmine, who hit it off instantly in the marketplace. 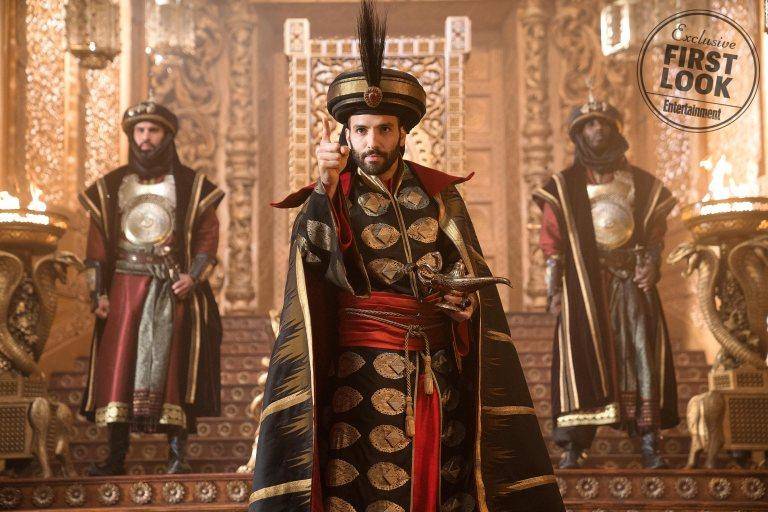 Jafar actually has the lamp in this shot, meaning the first look at him we’re getting must be from near the end of the film. Wonder why. 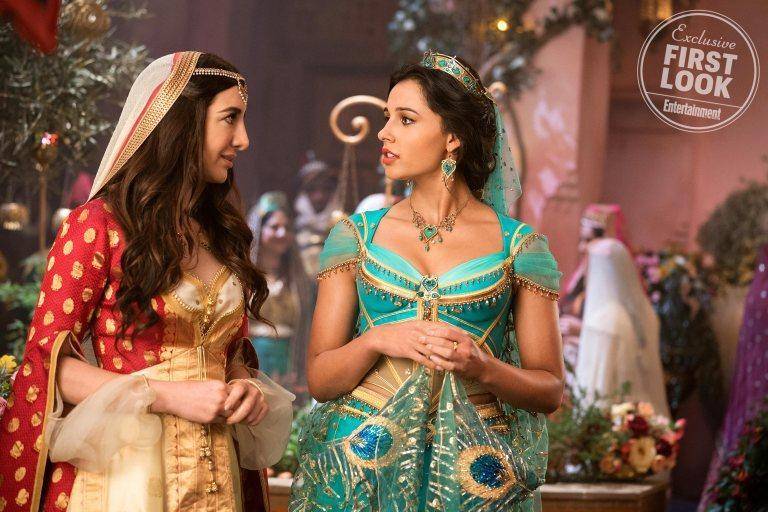 So who the heck is this? It’s a character invented for this adaption — Dalia, Jasmine’s handmaiden and best friend. If Jasmine had any friends she wouldn’t feel a need to escape the palace in the first place. Dalia is unnecessary and in danger of creating a time paradox. 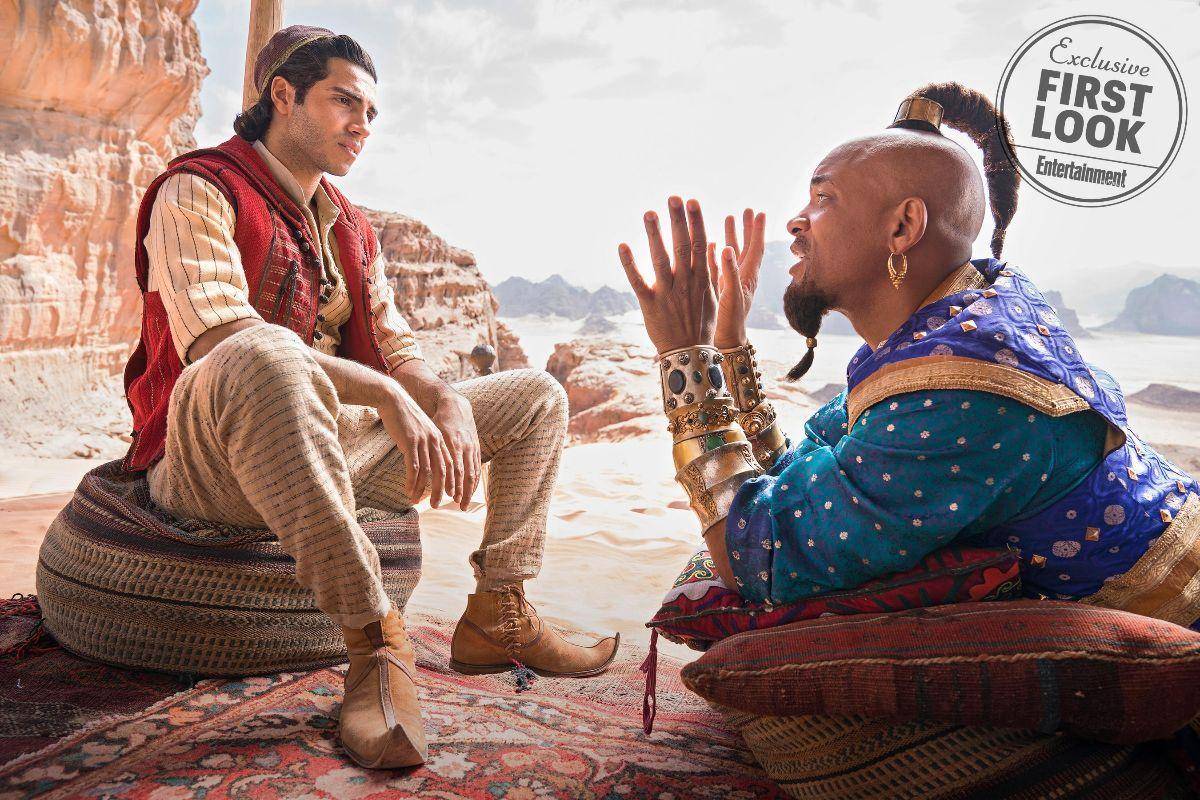 Aladdin has just exited the Cave of Wonders, one genie and carpet richer. He wants to use his first wish to become a prince and eliminate the class barrier separating him from his love. Genie is in the mood to help this dude.

The biggest question mark over this movie has been how they’re going to pull off the Genie. When Will Smith was cast, people assumed “are we getting a swagger-heavy, parents-just-don’t-understand Fresh Prince genie then?” Uh….yeah, that was confirmed today.

The superstar — who recorded his own version of “Friend Like Me” on the first day he met with the music team — says  he tapped into his roster of roles from the 1990s (including Independence Day, Bad Boys, and a certain Bel-Air prince from West Philadelphia) to shape his Genie, weaving enough of a flair for fashion into the character to earn the praise of one Disney executive, who described Smith’s Genie as part Fresh Prince, part Hitch.

Do we really need the Genie to be part Hitch?

I’d prefer to pretend this movie doesn’t exist, just as I pretended the live-action Beauty and the Beast didn’t exist when it came out. Trying to recreate the animated Aladdin in live-action not only feels unnecessary, but downright blasphemous. This movie rejoiced in the fact that it was a cartoon, not just with the Genie but the entire setting. The palace is ten billion times as big as every other building around it. Having these kinds of larger-than-life elements looks silly with “realism” added, but anything less wouldn’t feel right.

I suppose it could always get worse. They could attempt to make a live-action Emperors New Groove.

Kingdom Hearts 3: Final Battle Trailer Hellboy Is Back With The Reboot’s First Trailer

This June: Marvel’s Loki In His Very Own Show

The Mandalorian was a success on every level, and is arguably the