The Final Fantasy Trading Card Game has shipped over 200 million cards worldwide, but it’s not showing any signs of slowing down. The latest expansion for the game, Opus X, has just been released, adding new art featuring characters from Final Fantasies 3, 9, 11, 12, and the mobile game Brave Exvius. This art has been crafted by the following Final Fantasy veteran artists:

The Opus X set adds the new keyword “Damage,” which activates unique effects once a player has taken a specific amount of damage — similar to the mechanics seen in some Final Fantasy games. The set will be shown off at the FFTCG World Championship in Los Angeles on November 23-24.

Pick up a sealed Opus X booster display from select retailers, and they’ll give you a Full Art Promo Card featuring Squall from FF8. It looks like this: 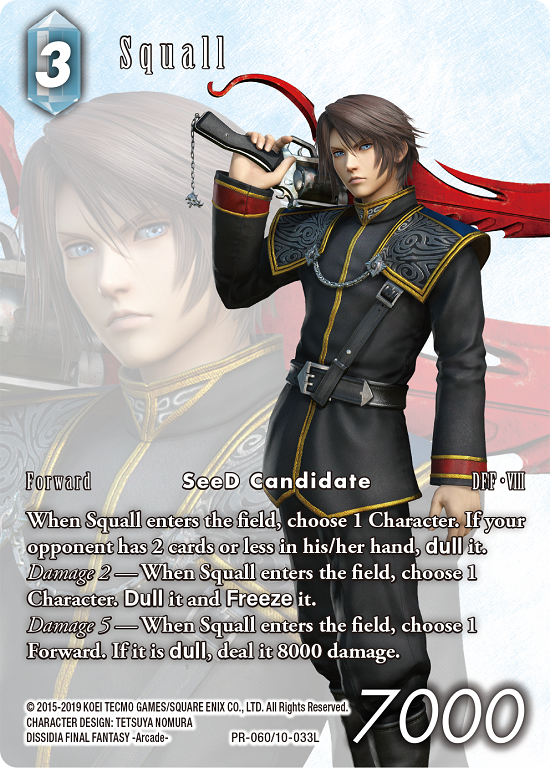 A few years ago, Sonic creator Yuji Naka took up residence at