As I’ve written about for various websites throughout my life, my favorite decade for pop culture is the 1980s. Whether in interviews or opinion pieces, the 80s is a recurring topic of mine for how they helped me through the dark times and led to the light of a better day. A question I rarely ask myself, though, is this: Is there anything from the 80s that I dislike? Is there anything from my favorite decade for pop culture that causes me to recoil in annoyance or disgust? Believe it or not, there is. While I greatly prefer the 80s to the 90s, here are five things from the 80s that I dislike, things that even I, a hardcore 80s pop culture fan, will not defend. 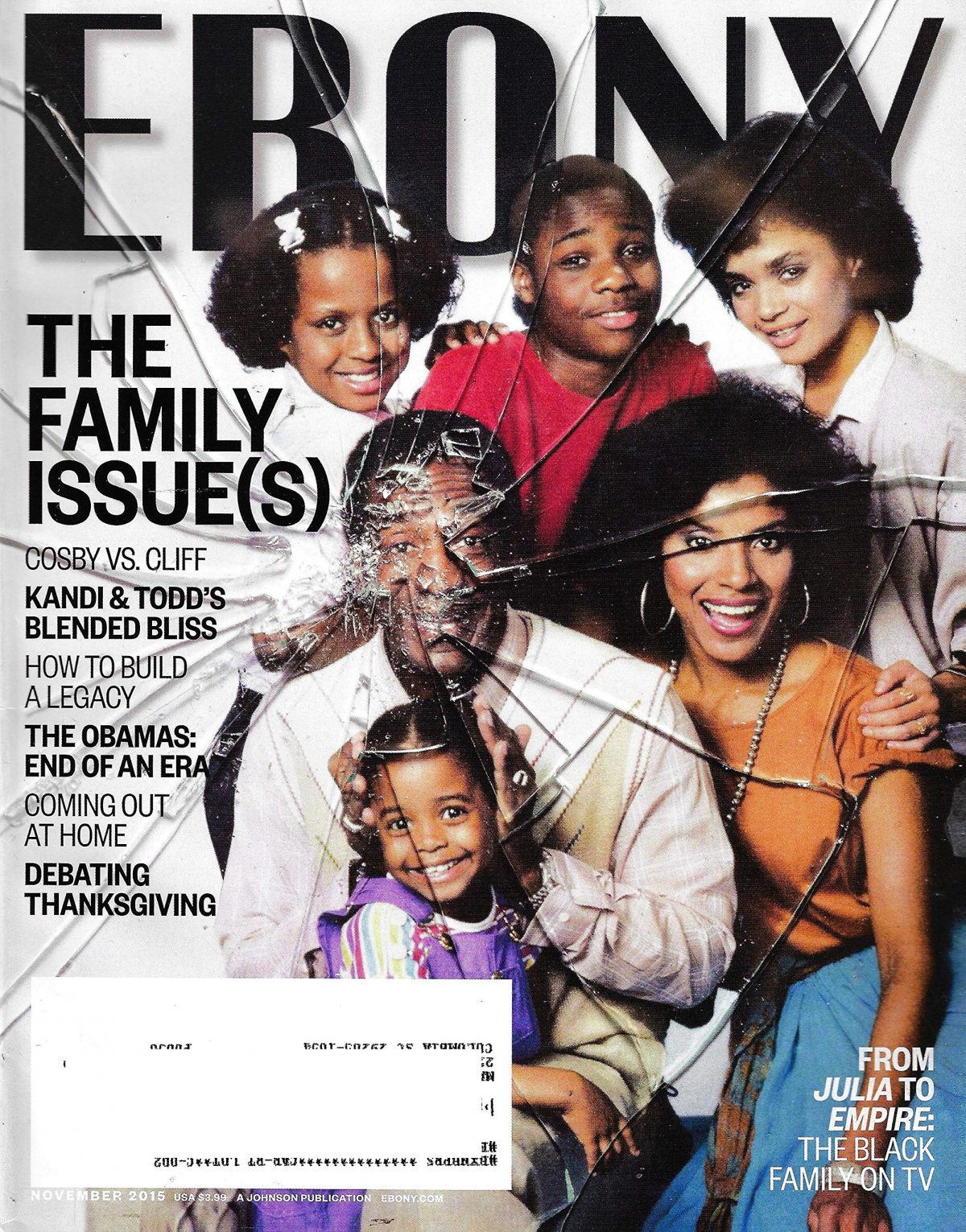 I used to be a Bill Cosby fan. As late as 2014, when I first started writing for Pop Geeks, I talked about how the concept of the father figure on a sitcom was treated better on The Cosby Show than on most other sitcoms. Unfortunately, he used his clean-cut, family-friendly persona as a cloak for reprehensible behavior, but even looking back on his 80s work, there are things to make one uneasy about viewing his material.

For me, the most unnerving thing is that Dr. Huxtable, the character Bill Cosby played on The Cosby Show, was written to be an OB/GYN with his practice in his basement. Of all the fields of being a doctor that could’ve been selected, why did he have to be an OB/GYN? He could’ve been a dentist or a podiatrist, but they had to have him working with women in an intimate manner. In light of all we know now about him, that is incredibly creepy.

Another thing I dislike about Bill Cosby is how people who still associate him with Dr. Huxtable celebrate his monologue to his son Theo Huxtable (Malcolm Jamal-Warner) about trying hard with his studies. As someone who was not a good student for the bulk of my school years, seeing Theo being told his views on learning are “the dumbest thing I’ve ever heard” remind me a lot of what I had to deal with at my mom’s hands. I’ve lived all my life with an autism spectrum disorder, and my mom didn’t have any understanding of that at all, so she was always giving me grief for various aspects of my life with the disorder. Granted, it was later written into The Cosby Show that Theo had learning difficulties, but still, to see a parent grill a child for things that are beyond their control hit close to home, and I can’t get any enjoyment out of that.

Moving along alphabetically, and jumping onto the big screen, I must say that Ghostbusters II is easily my least favorite 80s movie. 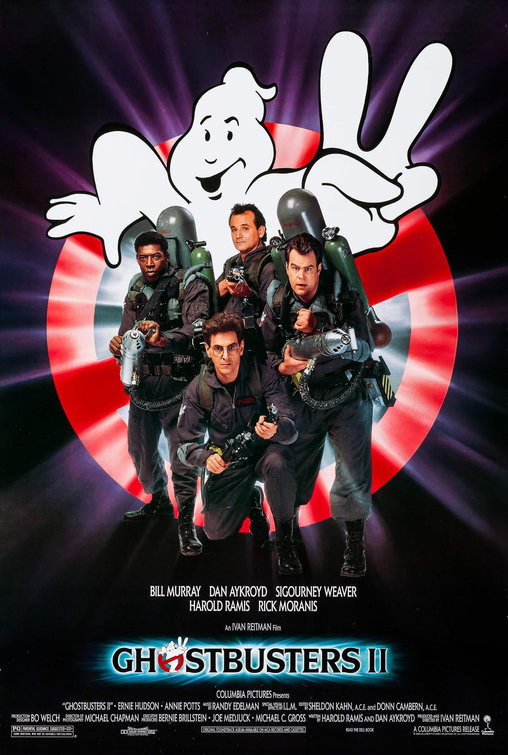 I dislike Ghostbusters II because it did a lousy job of explaining how the Ghostbusters went from heroes to pariahs within the span of five years. As I’ve said in Facebook postings, I could understand SOME denizens of New York City being cynical about the Ghostbusters, but for literally EVERYBODY in the city to think of them as frauds despite being eyewitnesses to the events of the first movie? They needed to do a better job of explaining that.

The movie supposedly has a happy ending, but who’s to say that they wouldn’t lose it all again if there were a third Ghostbusters movie in that continuity? I think a better idea for Ghostbusters II would’ve seen the heroes retain their standing from the first movie, yet be confronted with a force even they couldn’t defeat at first before rallying at the end. If they moved the citizens of New York City losing faith in the Ghostbusters to the middle of the movie, instead of starting out with them back at square one, I think it might’ve worked better. Activating the Happy Ending Override at the start of the movie is the biggest reason why I dislike Ghostbusters II.

Moving along alphabetically and jumping back to TV, I never liked the show Roseanne. 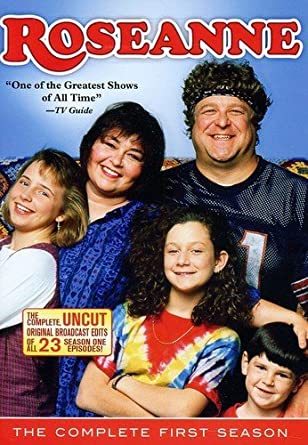 It’s been said that that the Conner family’s snarky and snide remarks towards each other are actually signs of their love for each other, but again, my autism spectrum disorder comes into play here as another aspect of that disorder is having difficulty understanding things like irony, teasing and sarcasm, all of which were plentiful on Roseanne and, unfortunately, in my real life as well. My mother was very much into irony, teasing and sarcasm, and it was unfortunate for our relationship that her main modes of humor were incapable of being understood by me. For those reasons, I think that’s why I view Roseanne as a 90s show that just happened to start in the 80s. The 90s was THE decade of irony, teasing and sarcasm, and Roseanne provided a preview in the 80s of what the next decade had in store for humor across all levels of entertainment.

Also, although I’ve mentioned this before, I don’t like how all fathers on Roseanne were portrayed as benign idiots at best and abusive monsters at worst. That’s another way that Roseanne in the 80s previewed what was to come in the 90s. The number of intelligent and kind fathers seen on sitcoms since the launch of the original Roseanne can be counted on one hand with fingers left over. Of course, as alluded to earlier, Dr. Huxtable wasn’t viewed as an idiot on The Cosby Show, but Bill Cosby used that Dr. Huxtable persona to cover for the incredibly hurtful acts he committed in real life, so you can’t even watch that show anymore without thinking that Bill Cosby was not a good father, let along a good person.

Moving along into real life, I arrive at Donald Trump, whom I’m not even going to dignify with a picture or a mention in the keywords for this article.

I’ve had the great good fortune to interview over 150 talents for both Pop Geeks and my previous writing base, RetroJunk, over the course of almost a decade-and-a-half. Many of these talents were active in the 1980s, and even then, they were committed to helping out the downtrodden and less fortunate. Whether they’re Kelli Maroney working to help animals or Gary Kroeger working to help the less fortunate, just to name two of the many talents I’ve had the great pleasure of interviewing for Pop Geeks, they’ve worked from the 80s to the modern day to help out those in rough spots.

Unfortunately, even to this day, a lot of people associate the 80s with people like Donald Trump. Whether it was treating his tenants poorly, screwing over his contractors, or abusing everyone and everything from his money-lenders (financial abuse) to his first wife (spousal abuse), Donald Trump signifies all the worst that humanity has to offer, and although I love the pop culture of the 80s, I do not love anything about Donald Trump. He’s a con artist without any morality or decency, and I view him as an empty slate who has no real beliefs except power and glory for himself and himself alone. How else to explain his switch from liberal in the 80s to conservative in the New 10s? He doesn’t have any strong beliefs. He just goes for power wherever he thinks he’ll find it, but he keeps losing that power, and hopefully he’ll answer for all his malevolence from the 80s to the modern day.

To wrap it up, let’s move to a lighter topic, the radio program Magic Of The 80s. It didn’t start in the 80s, but plays 80s music.

The music is enjoyable. It’s the format that’s annoying. I don’t know if it’s nationally syndicated or not, but it can be heard every Sunday morning on the New York radio station WHUD. The thing is, though, that they’ve only recorded a set amount of episodes, and they play those same episodes year after year. They stopped making new episodes in the early 10s, and possibly even earlier than that, and you can tell from the interviews on the show. They showcase interviews with deceased talents like Luther Vandross and Al Jarreau as though they’re still alive, and when I say they play the same episodes year after year, I’m not being facetious.

I used to play a game with my late friend Howie, who was employed by the taxi company I use to get to and from my retail job. The game was a prediction game where I could guess with 90 percent accuracy what songs would wrap up each episode. There’s even an episode that’s the same for two weeks, which ends with the song “Never Die Young” by James Taylor. I love the song, but the game got to be very predictable after a while.

I wish they could make new episodes and play a wider variety of 80s songs on Magic Of The 80s. The predictability of the enterprise is a shame because the decade is full of all sorts of songs that rarely get played on the radio, and for some of them to get a spin would be a blast.

In summation, those are the main pop cultural items, both from the 80s and 80s-adjacent, that I dislike. There are a few others I could write about, like the first albums by Soundgarden and Nirvana, 90s music that happened to be released in the 80s, but I don’t even want to listen to them for review. I just figured this article would be a change of pace from my articles celebrating the 80s, but I have a few of those celebratory articles coming up soon as I have some intriguing interviews in various stages of development. Stay tuned for those.

Mortal Kombat: An Early Look at the upcoming film It Sure Sounds Like The Flash Is Recasting Elongated Man