The Twitter account for Team Spaceworld has been on my feed for a while, but I rarely ever see posts from them. They are the team that’s been working on a translation of the leaked 1997 Pokemon Gold & Silver trade show demo, and I’d like to know when it’s done. So when they sent out a tweet late last night calling attention to a charity stream on Twitch called “Pokethon,” and punctuated that tweet with “Be there to witness Pokemon history,” I had to abandon all other plans. 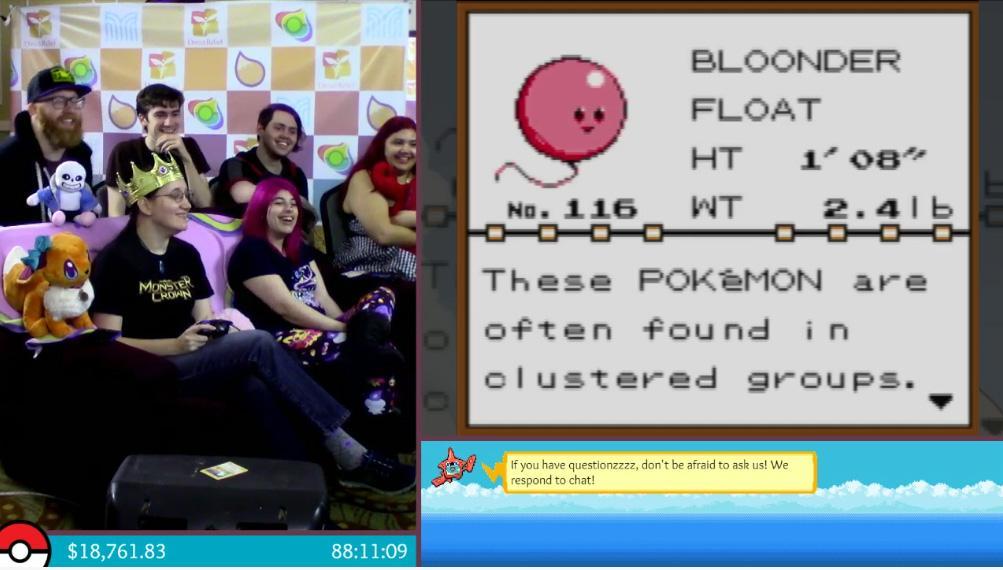 Unfortunately, I had no idea what I was watching. The game being played clearly wasn’t the Spaceworld demo. It looked more like a rearranged version of the original game. Some of the Pokemon had different illustrations, while others were completely different — a venture into a cave didn’t produce an encounter with Zubat, but a tiny-bodied creature with giant wings called “Bittybat.”

It was possible the game was an early demo for Red and Green, but if that was true, why did it have a 1998 copyright date? If it was nothing but a lowly hack, why would Team Spaceworld and an actual charity stake their reputation on it? None of the participants would explain what was going on and Team Spaceworld remained cryptic. The other party involved, Helix Chamber, promised an explanation at the end of the playthrough. Whenever that was.

It took until the early morning hours, but the game was completed and true to their word, Helix explained its existence. They managed to run into an actual beta for the original game, but whoever owned it wouldn’t share for some reason. This mysterious person DID agree to let them dump a ton of images, maps and screenshots from the beta, which Helix then plugged into the finalized ROM in an attempt to get as close a recreation as possible. This was what we just saw.

The monsters that did not make the final cut had no names, so Helix had to come up with some….like “Ohmega” for a Mecha-Godzilla-looking creature, or “Bloonder” for….a balloon with a face on it. There are all sorts of strange discoveries in the dumped images, including a “Capsule Monsters” logo from back when the project first started. You can check out everything in this ZIP file.

As for the Space World beta, we’re still waiting….