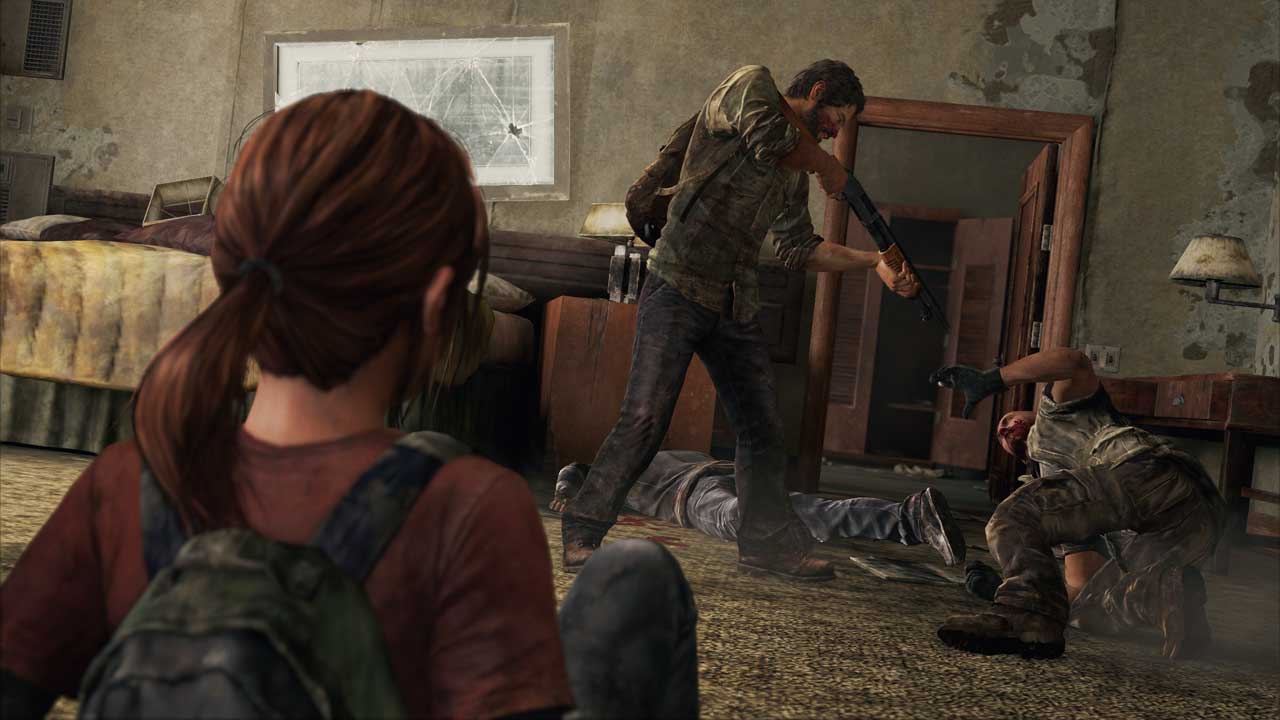 Sony had the most solid showing of the platform makers at E3. Microsoft focused on the Xbox as media device, while skimping on the game content. Sony, meanwhile, kept its eye on the games, and though the show featured some bewildering missteps, it opened and closed extremely strong.

For many, the story of the show was… Ellen Page. Naughty Dog’s highly anticipated The Last of Us is centered around a 14 year old girl named Ellie that bore a distinctive resemblance to the “Juno” actress. Her design was slightly changed before E3, when it was revealed that Heavy Rain developer was behind a new game called Beyond: Two Souls… where you are actually playing as Ellen Page thanks to performance capture (the same as was behind Avatar).

Beyond seemed much further behind in its development process than Last of Us, but the extensive teaser hints at a moody, tension-filled action game where Page’s character has a connection with a powerful, destructive poltergeist and is constantly on the run from federal authorities. Gameplay sessions outside of the press conference showed more of Page’s performance than the trailer, which shows her sporting a shaved head and a blank stare. The game looks interesting, very pretty, and is definitely a title to watch in 2013.

From there, Sony showcased “Playstation All-Stars: Battle Royale”. This is a mash-up of Sony’s franchises in one crazy party fighting game, from Kratos to Ratchet to Parappa The Rapper(!). If that sounds like Smash Bros., it’s because it looks nearly identical to Smash Bros. I’m not a big Smash Bros. fan, but like I said, you can play as Parappa in this.

Ubisoft, after a breathtaking press conference earlier, continued to bring its game with a showing of Far Cry 3’s multiplayer and a meaty demo of Assassin’s Creed III. Far Cry 3’s multiplayer didn’t look that great, as there seems to be a serious performance hit. ACIII, however, continued to look outstanding with an extended boat sequence. Ubisoft had a great E3, and while I haven’t played either franchise before, I’m eager to catch up based on what they showed at the conference.

The other major demo was for God of War: Ascension. It looks like a God of War game – you stab enemies to death, you rip monsters’ heads off, you press X to not die. I kind of watched this demo passively indifferent, because it was literally more of the same. If you want more God of War, great, but after three installments I’m a little tired of Kratos at this point – and judging from the reaction, so was the audience. Or maybe that was the lingering effect of the demonstration before that.

The first major misstep was the token Move title for this year, WonderBook. It’s hard to describe, but the move camera and wand combine with a special doohickey that looks like a book for some Augmented Reality magic on the TV. The major get for WonderBook is a collaboration with J.K. Rowling for “Book of Spells”, based on stuff from the Pottermore website.

By now, you’ve noticed I’ve mentioned plenty of PS3 stuff but nothing for the brand new handheld Sony just put out, the PlayStation Vita. That was the second misstep. Vita has been struggling mightily, and Sony needed to make a big showing for the device this year. They devoted five minutes – maybe – to the handheld, showing it off as a controller for PS3, promising PSOne games, and flashing the Call of Duty and Assassin’s Creed logos. If I owned a Vita, I’d be scared right now.

Finally, the press conference closed with The Last of Us. Naughty Dog premiered the trailer last December, and since then it’s pretty much been the single most anticipated game out there. It’s a postapocalyptic survival game centered on two people, a haggard survivor named Joel, and a 14 year old born after the apocalypse named Ellie – yes, the second Sony character seemingly modeled after Ellen Page. Yes, this particular apocalypse is zombie, but due to a weird fungal virus that turns people into plant-things. There are other survivors, too – all out to kill Joel and Ellie and scavenging for the same supplies.

What makes The Last of Us so different from any other zombie game – perhaps any other recent “AAA” game in memory – is its feel. Lush colors replace the blacks and browns and grays. Explosions and ammo are minimal. The gameplay, which seems freeflowing and not tightly scripted ala a Call of Duty game, seems to be a spiritual successor to Resident Evil 4.

One element of this game deserves mention – this game is violent. Instead of mowing down enemies with a machine gun, you’re locked in life or death struggles with infected former humans and those who survived the apocalypse. Deaths are vivid and brutal in this game. Some people will yell “MURDER SIM!”, and the applause for the particularly grisly scenes during the presser seemed ghoulish. I think the brutality is intentional, because the game seems to be addressing the theme of violence directly – something you never see in a video game.

Sony didn’t have the best year, but their conference was the best of the hardware makers in E3. The overlong Wonderbook demonstration and the baffling lack of Vita games were more than compensated with the spectacular looking games bookending the show. Thank you, Ellen Page.