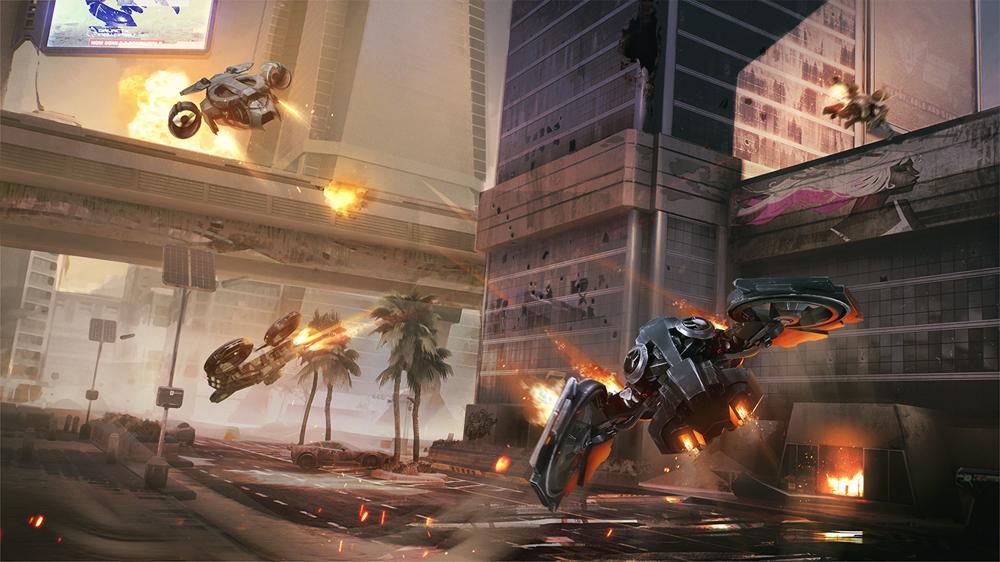 Most action shooters have you piloting a far-out space cruiser or futuristic teched-out warship — the kind of thing that can believably fire off 1,000 rounds a minute because it doesn’t exist. Drone Strike Force, announced today by developer Odisi Games, bucks the standard by giving you control of a drone.

Drones have existed for years now; they’re used for leisure (the models sold at drugstores with cameras in them) or for conflict (the sleek white models used by US troops in Afghanistan). The models in Drone Strike Force look like a hybrid of both, and in the process come off like big metal bugs.

Because a drone can fly anywhere, Drone Strike Force has an excuse to introduce the rarely-used Z-axis to the bullet hell shooter genre. Brightly colored blasts will come at you from all angles — fortunately you can use the environment around you to block shots. If your aim is steady and your dodging abilities are sharp, you might avoid becoming scrap metal just long enough to see the next arena.

Emphasizing situational awareness, player tactics and open level design, Drone Strike Force is built for fast-paced aerial combat to showcase the raw power and speed of these cutting-edge machines. Fly and shoot at high velocity while using the environment and your drone’s agile capabilities to outmaneuver enemies and give your team the win. Choose from a number of unique drones, weapons, perks and abilities to customize each loadout to your own personal playstyle.

We will know more about Drone Strike Force when it nears its Steam Early Access release date. Until then, enjoy the first-ever video footage of the game.

Sleeping Dogs Coming To PS4 and Xbox One