When you think of fiction set in Maine, “crime drama” doesn’t often come to mind. We guess you can blame Stephen King for that, but don’t expect any monsters or ghosts to appear in Downeast, the upcoming movie from Gravitas Ventures and APS Films.

Mike Maddox perished in a small town years ago…but what were the circumstances? Was it REALLY of natural causes? His sister Emma has arrived in town to track down clues and figure out the truth. There are those still living there, however, who would prefer she didn’t. Can Emma figure out her brother’s true fate without suffering the same?

Actually, what you REALLY need to know about Downeast is that its poster is a lobster, standing on top of a pile of cocaine bricks, which are themselves resting on the top of a gigantic gun. You used to have to go back to the 80s to find that level of crazy symbolism in your marketing. 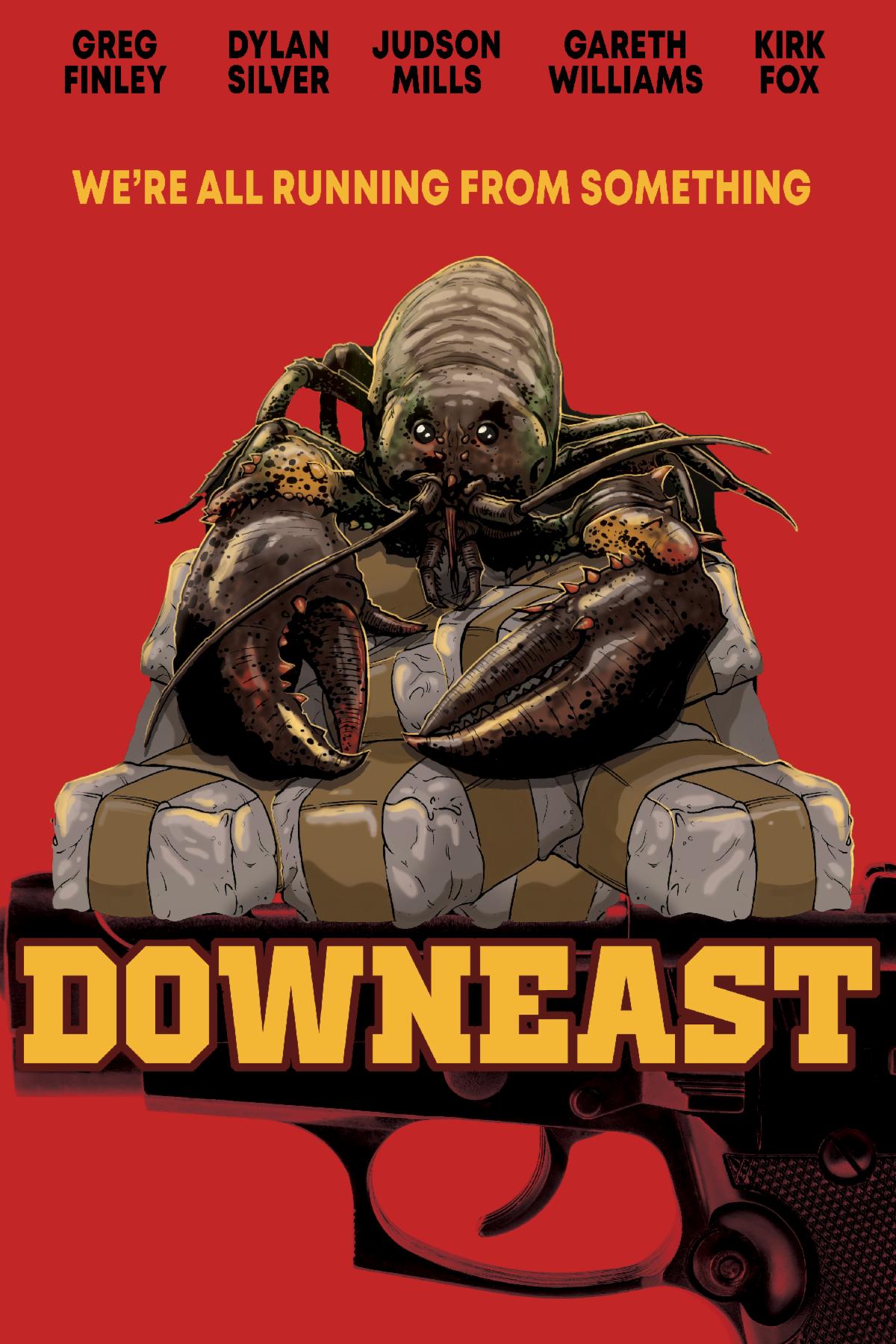 Downeast stars Maine native Greg Finley, Dylan Silver, Judson Mills, Gareth Williams and Kirk Fox. It was produced by APS Films and directed by Joe Raffa, who wrote a script based on a story by Finley. Finley also served as producer alongside Cory Pyke, with Edwin Pendleton Stevens overlording the whole production. Look for the movie July 13 on digital platforms including iTunes, Amazon Video, Vudu, Comcast, Spectrum, and Cox.

Downeast dives into the often-ignored seedy underbelly of Maine, following Emma Maddox as she returns to her hometown, haunted by the mysterious death of her brother Mikey years ago. As she reconnects with his best friend Tommy, the two rekindle their flame and Emma begins to uncover the web of lies the town has been keeping. Will Emma get the closure she so desperately seeks, or fall victim to the town’s turbulent ways?

Filmmaker John Waters was a pioneer, not just for his cinematography and demented ideas, but because he worked with queer themes that wouldn’t be commonplace in Hollywood for at least a generation. Death Drop Gorgeous is a new slice of indie horror intended as a giant tribute to the works

The Influencer Coming To DVD And VOD This September

Breaking Glass Pictures will be debuting their social satire thriller The Influencer on DVD and VOD next month. Everyone loves influencer Abbie Rose, at least in the opinion of Abbie Rose. She uploads lifestyle, fashion and makeup videos nightly that are watched by millions. There’s obvious money to be made