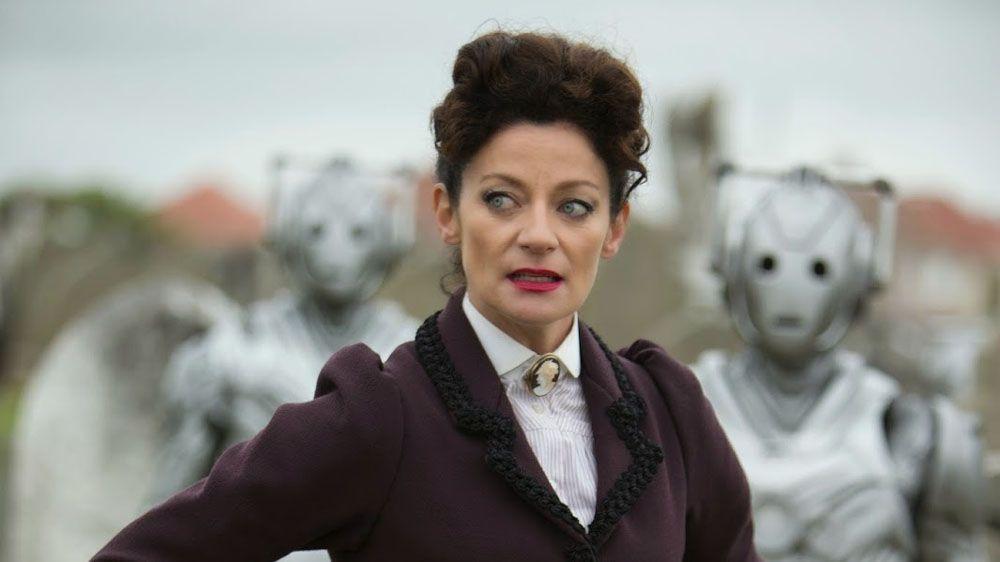 It really is hard to keep a good bad guy down, or a good bad girl in this case. The BBC just announced that Michelle Gomez will return to the hit sci-fi TV series, Doctor Who, as the Doctor’s archenemy, Missy otherwise known as the malevolent entity named The Master. That would make Missy short for Mistress since The Master became a female in his/her current incarnation.

Gomez will return as Missy in season nine of the show opposite Peter Capaldi returning as the 12th Doctor and Jenna Coleman back as Clara Oswald. Capaldi returns for his second season as time traveling alien, back with Clara after a season where their relationship grew quite contentious. Throughout season eight, the highest rated season of the show ever on BBC America, Missy appeared as a mysterious and eccentric figure ushering dead victims into “Heaven,” but the mysterious afterlife was not all that it seemed. Eventually, Missy revealed herself to her nemesis to enact a plot to incur the Earth using Cybermen. The problem? When we last saw Missy, she was at the wrong end of a vaporizing laser blast. Then again, death has never stopped The Master from returning numerous times before.

Gomez will be back as Missy/The Master in a two-part episode, “The Magician’s Apprentice” and “The Witch’s Familiar.” The two-parter is written by Doctor Who lead writer Steven Moffatt, produced by Peter Bennett and directed by Hettie Macdonald. Macdonald also directed the renowned episode, “Blink,” for the series, which featured the first appearance of the Weeping Angels in the Doctor Who mythos.

Speaking on her return to the series, Michelle Gomez stated: “Things have been a little beige since I left Missy behind, so I’m delighted to be putting my lippie back on. I’m positively dying to see The Doctor again!”

Steven Moffat added: “Everybody hide – Michelle Gomez as Missy was an instant hit last year, so she’s straight back to plague the Doctor and Clara in the series opener. But what brings her back into their lives is the last thing they’d expect.”

Doctor Who season nine will premiere on BBC One in the UK and BBC America in the US later this fall. The show is a BBC Cymru Wales production for BBC One and a BBC America co-production.